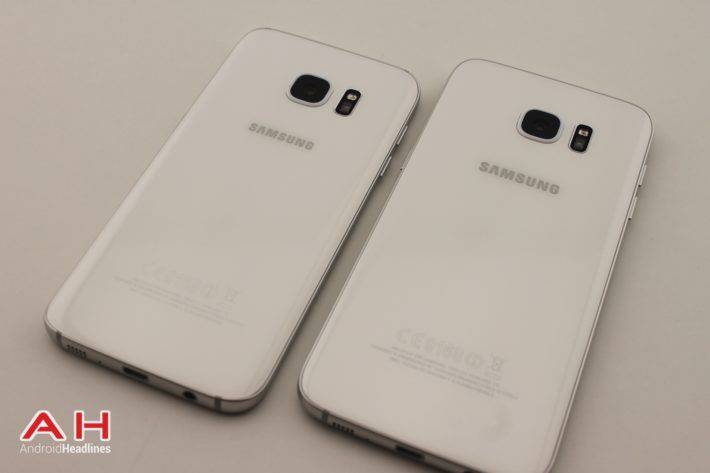 Samsung has announced the Galaxy S7 and its sibling, the Galaxy S7 Edge, back in February during the Mobile World Congress (MWC) in Barcelona. Since then, the Galaxy S7 devices have been released all over the world, and the company has already sold quite a few units. The Galaxy S7 handsets launched in a number of color options thus far, including Black, White, Gold, Silver and Pink Gold variants. That being said, the White variant, or Whtie Pearl as Samsung calls it, hasn't been made available in the UK just yet. Well, that's about to change soon, read on.

One of UK's mobile providers, EE, has announced today that they will carry the White Pearl Galaxy S7 and Galaxy S7 Edge handset in the UK. Moreover, EE will have exclusive rights to the White Pearl variation of these two devices, at least for the time being. The White Pearl Galaxy S7 devices are already available for pre-order from EE, in case you're interested. You can pre-order it through EE shops and EE telesales as we speak, and will be available from ee.co.uk later today. The Galaxy S7 and S7 Edge are available for pre-order on a range of 4GEE price plans. Now, if you're an existing customer and you upgrade to the 32GB variant of the Galaxy S7, you'll be able to get the phone free on a £45.99 a month plan. You're looking at a 24 month 4GEE Extra plan here, which comes with unlimited minutes, texts and 4GB of mobile data a month. The Galaxy S7 Edge (32GB), on the other hand, is available for £29.99 on a £50.99 a month, 24-month plan, and it also comes with unlimited minutes, texts and a whopping 20GB of mobile data a month. If you opt to get either of the two devices you'll also get Wi-Fi Calling and VoLTE, which you'll get on your new handset shortly after launch.

The Galaxy S7 and Galaxy S7 Edge are very similar handsets, they use similar design language, but the Galaxy S7 Edge is larger and it sports that curved display, which sets it apart in a way. Both devices are made out of metal and glass, and ship with Android Marshmallow with Samsung's custom UI on top of it. The Galaxy S7 features a 5.2-inch QHD Super AMOLED display, 4GB of RAM and 32GB of internal storage. The Galaxy S7 Edge, on the other hand, ships with a 5.5-inch QHD Super AMOLED panel, 4GB of RAM and also 32GB of native storage. The storage is expandable on both devices, and the two phones ship with 3,000mAh and 3,600mAh battery packs, respectively. If you'd like to take a look at a more detailed spec sheet, visit our Galaxy S7 and / or Galaxy S7 Edge spec sheet article.