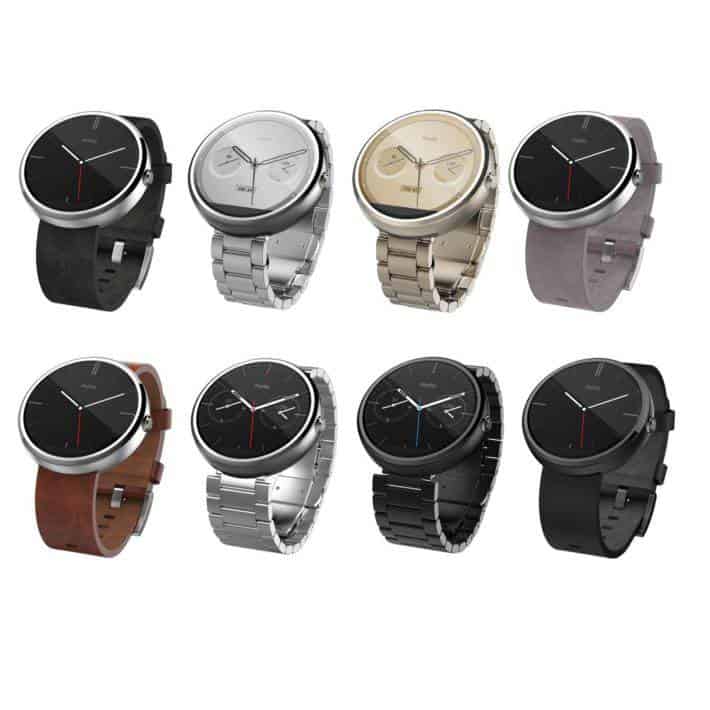 The Moto 360 has been made fun of quite a bit due to the "flat tire" look that it sports. Of course, Motorola engineers have told us time and time again that the flat tire look is there to keep the bezels small, and overall keeping the watch face small. Seeing as we often complain about smartwatches being too big on our wrists. Motorola decided to put the display driver there in that flat tire at the bottom with the Moto 360 first generation, and opted to keep it there for the second. For the most part it's not a big deal considering you don't really see that flat tire in notifications and watch faces. It just blends in.

While the Moto 360 may be getting a bit long in the tooth, eBay is selling the first generation model for just $89.99 right now. It comes in a number of combinations, but at this price, they are going quick. So you'll want to check the listing at the link below to see which ones are in stock. It's still a great smartwatch to pick up, and one of the smaller ones that you'll find on the market right now. It does have the latest update, bringing it to Android 6.0 on Android Wear.

Advertisement
Moto 360 (1st Gen)
Trusted By Millions
Independent, Expert Android News You Can Trust, Since 2010
Publishing More Android Than Anyone Else
20
Today
101
This Week
101
This Month
3269
This Year
104748
All Time
Advertisement