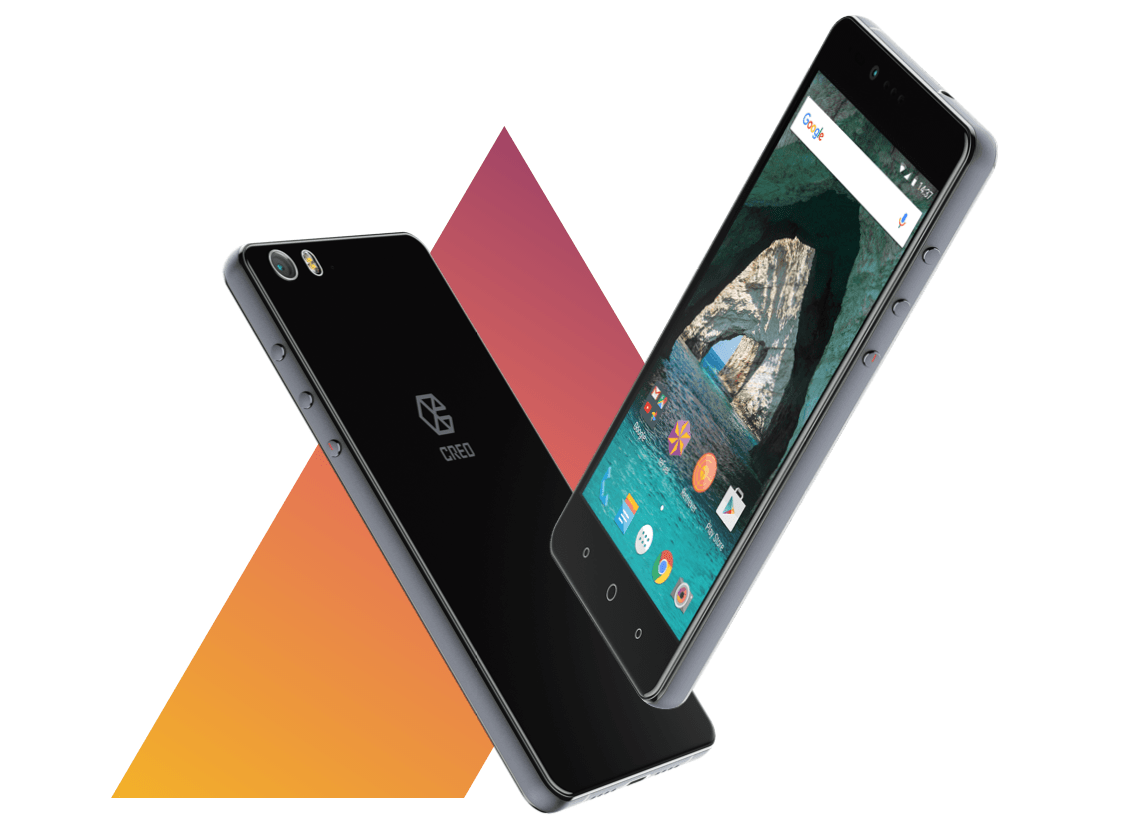 CREO Mark 1 is a very interesting new smartphone which was introduced last week. This handset has been unveiled in China by a company called CREO, and it runs the company's all-new Fuel OS which is installed on top of Android 5.1 Lollipop. The CREO Mark 1 isn't all that revolutionary when it comes to the design, but the phone does sport industrial build, which will certainly appeal to some of you.

The phone has been introduced a week ago, but it hasn't been available for purchase straight away. Well, the company has announced that the phone is now available for purchase in India, and if you're interested, you can get it directly from CREO (source link down below), or from Flipkart. The CREO Mark 1 is priced at Rs. 19,999 ($300), and if you opt to purchase it from CREO's website, you'll get the option to engrave your unit with a special message. The engraving option only applies to the first 2,000 orders though, so do keep that in mind.

This smartphone features a 5.5-inch QHD (2560 x 1440) LTPS display, 3GB of RAM and 32GB of expandable internal storage. The phone is fueled by MeidaTek's Helio X10 64-bit octa-core processor, and packs in a 3,100mAh battery. The 21-megapixel snapper is placed on the back of this phone, and an 8-megapixel shooter is available up front. This is a dual-SIM handset, and Android 5.1 Lollipop come pre-installed on it, as already mentioned. The company's Fuel OS has plenty of features on the inside, and most notable ones are Sense, Echo and Retriever. If you'd like to know more about these features and the company's OS, make sure to check out our CREO Mark 1 and Fuel OS announcement article.

The CREO Mark 1 comes in Gun Metal Black color only, and it sports a metal frame, as you can see in the attached images. The CREO Mark 1 is an interesting new device, and CREO seems to have a huge appetite for success. All in all, CREO has potential, and so does their Mark 1 smartphone, but it remains to be seen if the device will be as successful as the company is hoping it will, stay tuned.