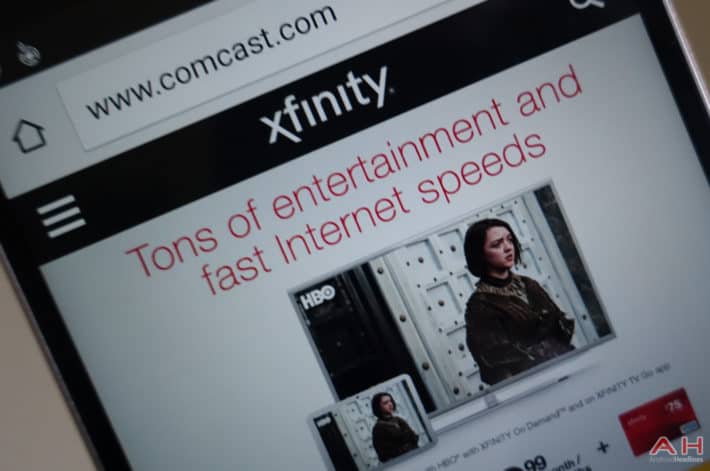 Right now, the beginning of the incentive spectrum auction for 600MHz spectrum is underway. With the TV broadcasters auctioning off their spectrum to the FCC, and the carriers bidding on it a bit later on this year. Comcast is one of the many applicants in this auction looking to grab some of the precious 600MHz spectrum that will be up for grabs. Earlier this year, Comcast stated that they were "taking a paddle" in the auction, and also claimed that they would only consider spectrum that could give them more "strategic flexibility", instead of looking to deploy wireless services.

However, on Comcast's quarterly earnings call, the company's CFO Mike Cavanagh said that his company has what 5G needs to work. Stating that "5G is an exciting new platform", continuing with the fact that we are still in the early days of 5G, "Antennas are going to need to go up, and we need space, and power and backhaul. The spectrum doesn't pass through trees and buildings." He also added that Comcast already has some pretty valuable assets for 5G. Including the fact that they can handle the backhaul using their fixed-line footprint that's already across the US. As well as municipal infrastructure, and rights-of-way deals that will allow them to create a wireless network in key markets. Cavanagh also added that his company has the personnel that is needed to build and maintain a 5G wireless network.

While Comcast does have the tools needed to make 5G work, they are still a long way from being able to deploy a 5G network. For starters, the standards haven't even been decided on just yet. Although that is expected to happen as soon as this year. On top of that, the 600MHz spectrum that's being auctioned off, is going to take some time before the auction winners will be able to use it. Many analysts are speculating that it'll be 2020 before they are put into use. With the auction ending later this year, that means about 3 years for the airwaves to be made available and put into use. Comcast does already own a fair bit of spectrum, which it currently leases out to Verizon. And we could see the same happen here if they win a decent amount of 600MHz.