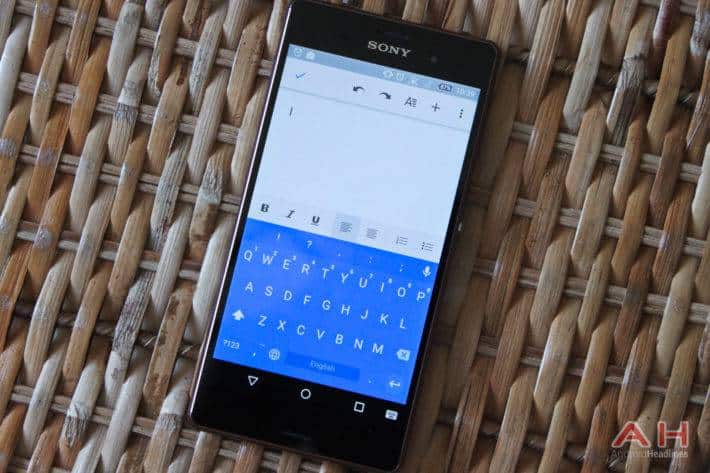 No matter what device you have there is a chance that you have chosen to download and install a third-party keyboard application for use with any of your typing needs, as these apps can often have better features and perform better than their OEM counterparts which come pre-installed on the phone. While that is of course, subject to the opinions of the user, there is no doubt that third-party keyboards do have a lot to offer. Chrooma Keyboard is one such option and it has just gone through a pretty major update that not only introduces new features but also comes with some improvements for an overall better performance than before.

The biggest change to Chrooma Keyboard though is not the new features or the performance improvement. It's the removal of the paid status that used to come along with it, as Chrooma Keyboard now comes free for all users who wish to give it a try as of today. Although being free is a great change, Chrooma's headlining feature is that it comes in many different colors, adapting itself to the match the color of the app you're currently using. So for Hangouts, Facebook, Twitter, or Gmail, Chrooma Keyboard will change colors to match that of those particular apps. This chromatic style should sound familiar to Fleksy users as they have had a similar feature through their Chameleon skin for quite a while which also changes to match the color of the currently used application. In today's update, the Chrooma Keyboard team has added new colors to the app so that more apps are capable of matching, and they have also added new language support so that more users in more regions are able to use the keyboard with their native language.

The app also now includes a new settings page for a more streamlined and easy-access approach to changing things when you need to. Chrooma is now able to sync your preferences so that if you end up installing it on a new device you should have all of your configurations available to you without having to do much, and the app now uses a new prediction algorithm so predictions should be more accurate than before.