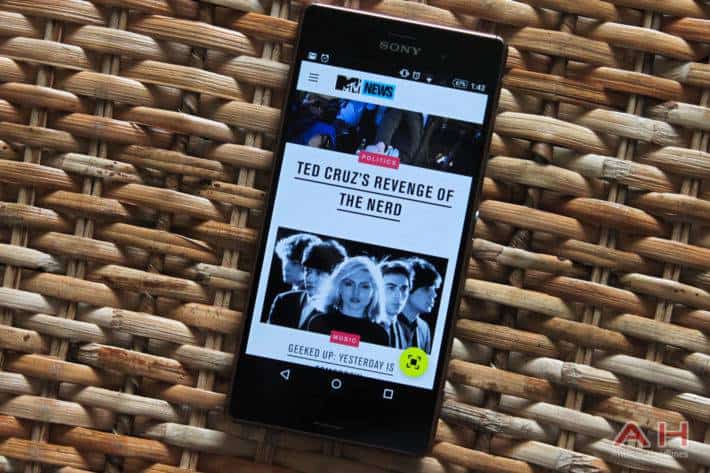 For many, MTV was at one point a way of life. It used to be filled with music videos and Total Request Live, but these days it's much more than just an outlet for teens to observe and enjoy their favorite songs in video format. MTV now features tons of shows related to music but it also has original programming and news coverage on anything from entertainment to politics. The official MTV News app is your way of catching up on all of those topics whether it's about the latest in dealing with Senator Ted Cruz or about Drake's new album.

If MTV already happens to be a stop on your trip throughout the day, the MTV News app can fill a void for those moments when you may just not have time to watch things on TV. The app includes photos, videos, and news stories about various popular topics and categories, and boasts being able to get those pieces of content to their users exclusively before most other outlets. Of course, the reality is likely that MTV News is not going to be the first to have the scoop on numerous events, but that doesn't mean it won't be able to provide with you plenty of information. On top of that, the app updates its content throughout the course of the day so there should aways be something to new to check out.

Although you may only have time for a little light reading on your topic of choice once in a while, when you do have a little extra time to devote, MTV News allows you to get into those topics more and get more detail. The app also has a couple of social elements built in and MTV News makes it easy to share the stories and content you're interested in with friends and family. You can easily screen capture any story that you find interesting with a dedicated screenshot button and then send those screens to whoever you like. You can also simply share them to Instagram, Facebook, Twitter, Pinterest and WhatsApp directly, and you can share stories with friends and family through email or SMS. MTV News is free to install, and has no ads or in-app purchases.