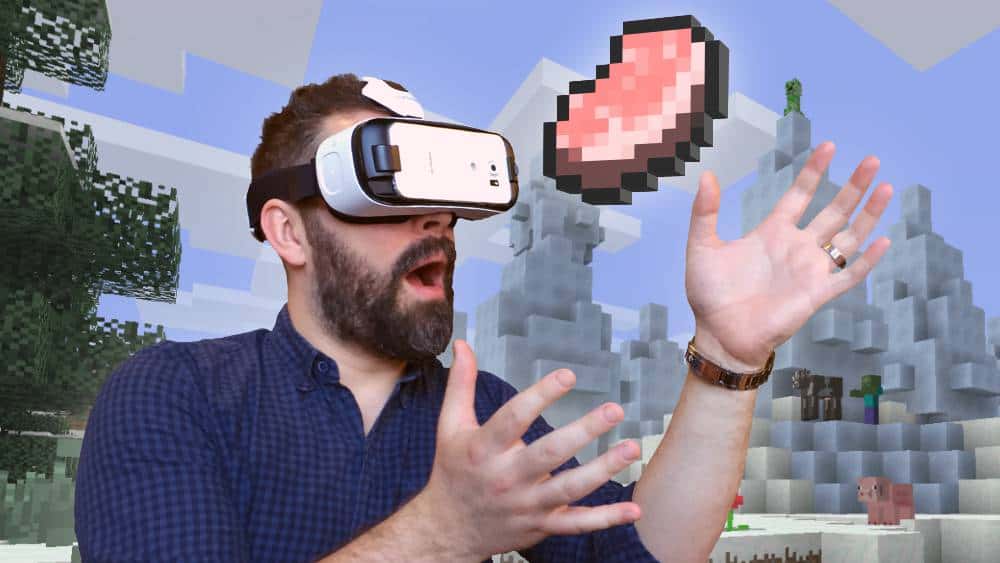 Minecraft has been a crazy success hit over the years, first landing on PC and then eventually making the jump to mobile devices. Today Minecraft is being made available to users who want to craft their world in virtual reality, as developer Mojang has just released Minecraft for Samsung’s Gear VR headset which was officially confirmed by Microsoft last month. If you own a Gear VR and a compatible Samsung smartphone which includes the recently released Samsung Galaxy S7 and Galaxy S7 Edge, as well as the Galaxy S6 and Galaxy S6 Edge, and the Galaxy Note 5, you can pop the phone into the Gear VR headset and power it up, head to the Oculus Store and download the game.

While much of the game is no different from the mobile or Windows experience, there are a few adjustments that have been made for Gear VR so that the gameplay feels as smooth as possible and right at home on VR. Turning, for example, is done in quick increments rather than in one single arc movement which Mojang says should be easier on the brain and feels pretty normal after using it a little bit. They have also made controls on VR easy to use, as you can simply look in the direction that you want to walk or travel, and once you begin digging away at blocks, the cursor sticks to those block so you can turn your head around and view other angles without moving away from what you’re doing. Essentially, you can keep digging while you look in other directions. The coolest feature though perhaps is the ability to easily step out of the game world and continue playing in a virtual lounge with the game being displayed on a virtual TV screen, allowing you to see the movements on the virtual screen as if you were playing on any other platform, while your VR view of the lounge stays stationary. Minecraft for Gear VR is available as of now, and Mojang has even put out a nifty little video to give gamers a quick peak which you can check out below.