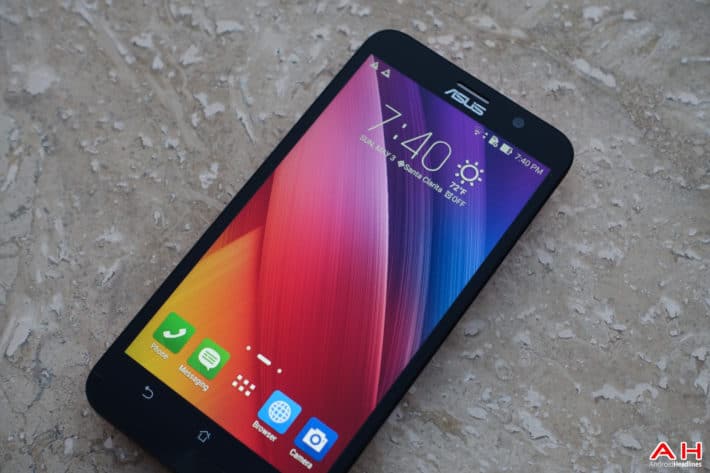 While ASUS recently started sending out software updates to the ZenFone 2 Laser and the ZenFone Zoom last week, it would seem that they're now sending out a software update to the original ZenFone 2 device which aims to brings stability fixes to the phone. At the moment, it is not known what exactly the issues are that this update will fix, but there was a problem with a rogue log file last month on the ZenFone 2 that some users were having which was causing storage to decrease as the log file was taking up more and more space. It's also worth noting that not all ZenFone 2 owners were having this issue and it isn't known whether or not this update addresses that particular problem.

According to the user who first noticed this update showing up on their own personal device, the software update is heading out the ASUS ZenFone 2 ZE551ML model, and there doesn't seem to be any word on whether or not this update will hit other models of the ZenFone 2 at some point. Then again it should also be noted that this particular update to fix stability issues may not be needed on other models outside of the ZE551ML version of the phone.

If you happen to be an owner of this particular model of the ZenFone 2, you should already be seeing this update alert show up in your notification bar prompting you to download and install the software. Although the software update file doesn't come in at a very large size, sitting at just over 100MB, 103.06MB to be exact, ASUS still recommends that users download the update files over a WiFi connection instead of on a cellular network so it doesn't eat up data. The only people who really have to worry about that though are those who may not have gigs and gigs of data on their plan or don't have unlimited, other than you should be fine to download however you like, assuming that you'll choose the fastest connection so the files download and install quicker. If you have this model of the device and you haven't seen the update come through yet, you could always check manually to see if it pulls down. 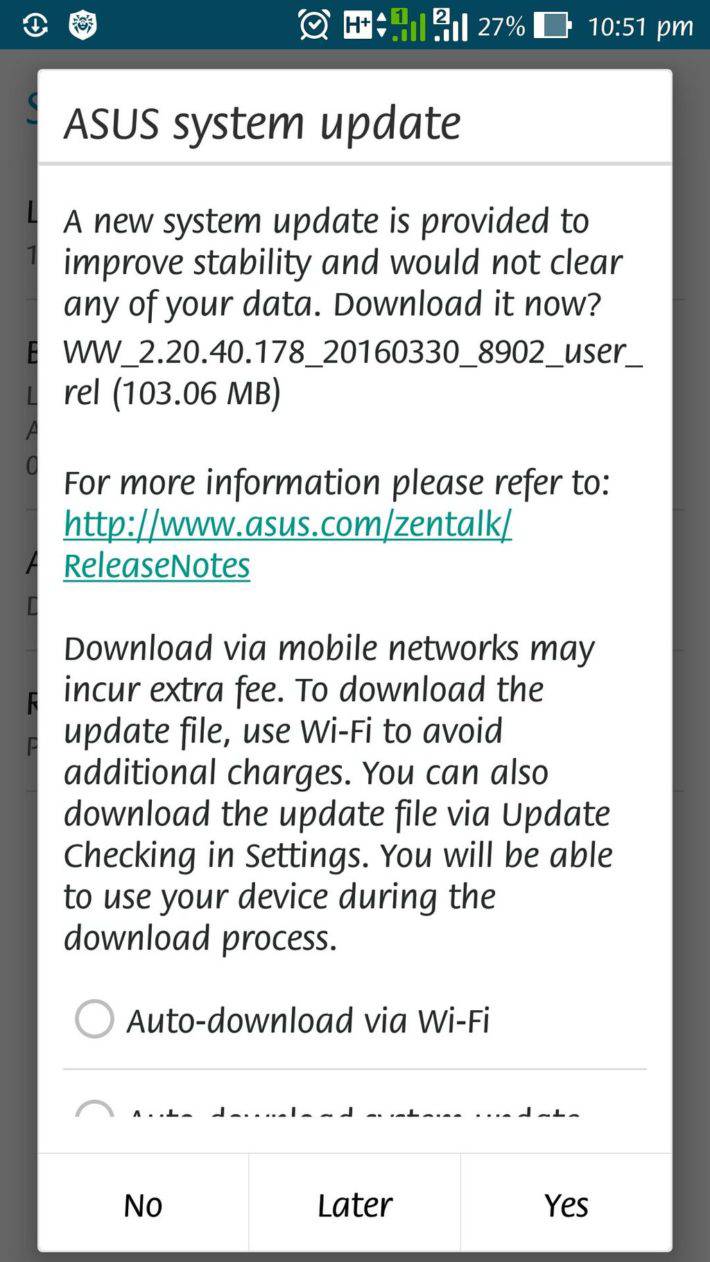