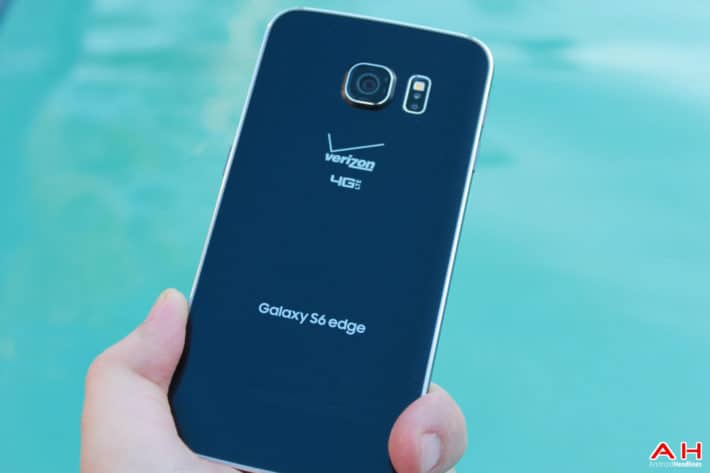 In the past, Samsung had garnered a reputation for delivering extremely slow updates to their Android devices, even the flagships. Verizon had, at one point, gotten themselves a similar reputation. Both of those reputations have changed drastically in recent times, with both Samsung and Verizon beginning to deliver much more timely updates to their products, even shortly after new Android versions or security updates are released, in some cases. Today, on April 1, however, they've shattered their old reputations once and for all by making the Galaxy S6 and Galaxy S6 Edge on Verizon two of the most up-to-date Android devices in the world for just one day.

As the two devices are receiving their fairly timely updates to Android 6.0.1 Marshmallow, the same version most Nexus devices are rocking, users are noticing a little something extra. The update includes a security patch dated for April 2, 2016, tomorrow's date. The patch, yet to be officially released, has yet to become available in any form beside this update by Verizon and Samsung, even for Nexus and BlackBerry device users. This is a result of a policy that Google has adopted to foster more timely manufacturer updates. The policy allows new patches to be given to manufacturers up to 30 days before they're released to Nexus devices, which means that something like this could easily happen, should the manufacturer obtain the patch and get the update hammered out early enough.

The April patch seems to be intact on the Oxygen OS 3.0 Beta update pushed out to OnePlus devices that have opted into the beta program, according to a commenter on our source, Android Central, but the later patch date technically makes the update for the S6 and S6 Edge just a bit more up to date, even if it is purely superficial. As another commenter pointed out, however, the S6 Edge's larger brother, the S6 Edge+ on Verizon, has yet to receive such an update. While those using nightly builds of Android custom ROMs based on the Android Open Source Project may also have the changes in the newest patch, it is noteworthy and just a bit strange that the two devices receiving their Marshmallow updates today would show a patch date in the future, even if only by a day.