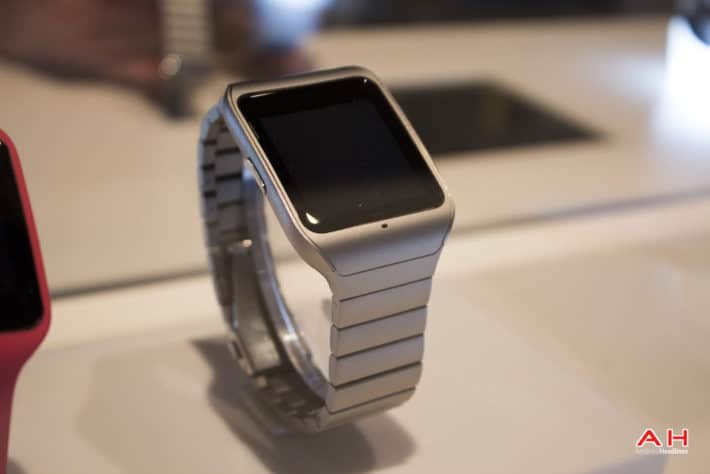 Smartphones are all around us, pretty much everyone you know owns a smartphone, smartwatches on the other hand, not so much. Smartwatches are still a niche product, even though a ton of companies released a smartwatch at this point. People are still looking at them funny when you wear them, and not that many people own a smartwatch. Well, that is changing, slowly though. Smartwatches are a slowly grabbing more and more market share out there, and it remains to be seen what happens by the end of this year.

That being said, Google has released a Marshmallow update for the company’s Android Wear platform a while back, and a number of smartwatches already rock this update. Both generations of Motorola’s Moto 360 smartwatch got the update already, and same can be said for the Huawei Watch and Asus’ ZenWatch. Well, it seems like Sony’s Smartwatch 3 is going to hop on board the Marshmallow train as well, at least according to Wayne Piekarski. The update has started rolling out to Sony’s Smartwatch 3 units, and all devices are expected to receive the update within a week or so. That being said, Sony Smartwatch 3 has been on the fritz as far as this update goes, people have been waiting for the update to roll out for over two months now, but that’s most probably because of the Broadcom ARM chip which fuels this device. Your watch will notify you when the update is available, though you can check manually through settings if you want.

This smartwatch was announced back at IFA 2014, at it sports a 1.6-inch 320 x 320 Transreflective display. The watch packs in 512 MB of RAM and 4GB of internal storage, while a 420mAh battery is also a part of this package. The watch is available in a couple of color variants, and a stainless steel model has also been announced by Sony a while back. Bluetooth 4.0 and Wi-Fi are also a part of this package, in case you were wondering. That is pretty much it, if you’d like to know more about this smartwatch, check out our full review.