If you haven’t already heard, virtual reality is the “next big thing” in technology right now, and it’s likely to be that way for the foreseeable future. VR is already off to a great start with units like the Oculus Rift and the HTC Vive now out on the market. Both headsets are high-end and quite costly, and they both require a pretty powerful PC setup to drive the experience. If you have been lucky enough to try either headset out to test and play any of the available games and demos, you’ll fully understand why the technology has the potential to surpass the popularity of most other tech that is currently available. It’s enriching, surreal, and exciting, and none of the companies involved in making VR hardware or software seem to be putting on the brakes anytime soon. Although Oculus Rift and the HTC Vive are stellar pieces of hardware for the market, these high-end headsets will not be the devices to “win” in the VR space. That spot will be reserved for the mid-range, or perhaps whatever becomes the most accessible with a balance of the right price and the right amount of function, and sadly, as cool as the HTC Vive and the Oculus Rift are, with as much functionality as the have, they cost too much for the majority of consumers to pick up.

This is where companies like Sony, LG, and Samsung have the opportunity to steal the limelight. Although it’s likely that Samsung has the best opportunity so far, there is still time for LG to really pull out all the stops and offer a great product in the 360 VR, and Sony already has one preparing to launch near the end of this year. All three units will cost under $400, with the PlayStation VR coming in as the most expensive at $399, while the Samsung Gear VR costs $99, and the LG 360 VR costs $199. All three units also need the compatible hardware, and this is where those who may be looking for a combination of the price and function balance may end up leaning towards Sony’s offering. The unit costs $400, but needs a PlayStation 4 to work, which costs $300. All in that’s a total of $700, and that’s just a tiny bit less cost wise that people will have to pay to get into something like the Gear VR and a brand-new Samsung Galaxy S7 or Galaxy S7 Edge. Then again, there are plenty of people who already own a Galaxy Note 5, or any of the Galaxy S6 models, or a Galaxy Note 4, all which are compatible with the Gear VR as well, which means those consumers will be looking at a rather small amount to pick up a VR headset as they already have the compatible hardware for it to work. Looking at things from a different angle, the PlayStation VR is a stationary experience, whereas the Gear VR and LG’s new $199 VR tech that was shown off at Mobile World Congress back in February are mobile units, so you’re allowed a little more freedom to use it wherever you’d like, and this may play a little more to the desires for some users. 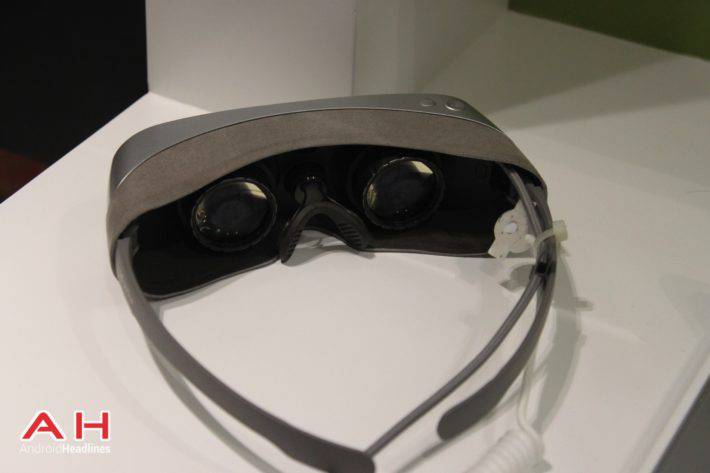 While Samsung has the most economically available unit, it isn’t as powerful as what you’ll find from Sony. LG’s offering is right in the middle on price, but it’s still fairly new and doesn’t have nearly the robust collection of content you can find on Gear VR which is powered by Oculus software, or the PlayStation VR which should have the might of Sony's focus on entertainment behind it. All three of these units also have limited compatibility in terms of the devices they need to make them run, and these limitations could be another thing to consider in terms of which unit will win the hearts and minds of the masses. The mainstream consumer. It’s also quite possible that a product which we know nothing about, say the rumored VR headset that Google is working on, could be the one to capture the majority of the market as it would likely have a wide range of device compatibility and it’s been rumored to work as a standalone unit that doesn’t need a phone to power it, unlike the Gear VR and LG’s 360 VR. While price, function, and content will all be important factors to determine which company ends up winning in this space, the overall user experience will also be an important detail, and this includes one very important aspect. Controlling the content. This is one major issue with a unit like the LG 360 VR.

The visor-like design makes for a lightweight feel, which is nice, but it’s the position of the buttons on top of the headset that make the experience feel less than desirable. The controls are clunky and the buttons are small, making it more of a challenge to hit the button you want. Not everyone will feel this way of course, but this was my own personal experience with the headset and I’m not likely to be the only one who doesn’t care for the placement. While the Gear VR also has a touchpad and a button for going back to the home screen, they are a little larger and easier to manage, making things feel more comfortable. PlayStation VR, Oculus Rift, and the HTC Vive are all controlled by actual controllers respective to their units, which will be a lot simpler because you’ll be holding them the whole time. There will be no fishing around for where the buttons are. 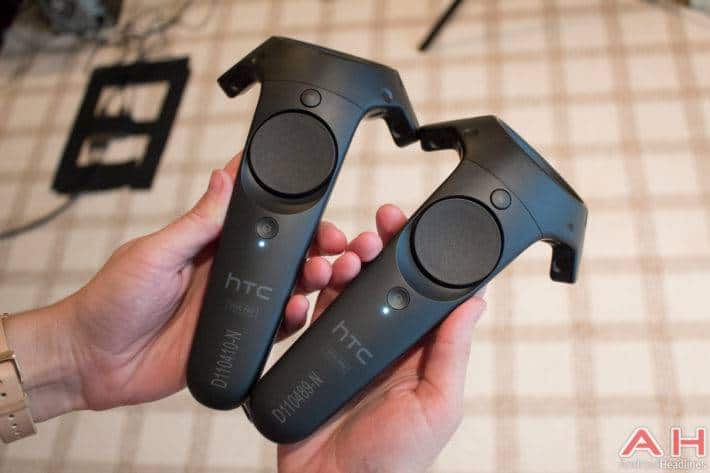 Taking a step back and looking at everything, every single VR unit that’s already available or will be available this year, (the ones that we know about at least) have some flaws as all products will. The point is that none of them are really “winner” material for the masses. To get to this point the product itself will have to be just as compelling as something like the HTC Vive, while also offering something price wise along the lines of the LG 360 VR. A unit which costs around $200-$250 but is capable of great gaming experiences like the Vive, while also offering engaging entertainment in other forms like streaming video and movies and such, that would be a winner in the VR market. Something which is not too outlandish on cost, making it more obtainable to the majority of consumers, but also has enough to offer that will make people want to spend that money. As a gamer, I’m personally interested in the HTC Vive or PlayStation VR as they are both catering more to games.

I am not the majority though. The majority of the market which VR is attempting to capture will want something much less expensive. Something that’s perhaps portable, and has plenty which it can do, and right now, none of the offerings are at quite the right amount of balance between these factors. That isn’t to say that things can’t change. It might take a while before VR really takes off and grabs the majority of the market, and in that time there is always room for companies like Sony and LG to lower their prices, expand the content, or come out with a revised model which strikes a better balance of product and price. Samsung could do the same. Charge a little more for a Gear VR which offers more content and is capable of doing more things, while also holding more compatibility outside their lineup of Samsung devices. At the moment, VR is still too new and the currently available units are a mix of high cost and not enough content or functionality. As time goes on throughout the year and into next year, VR will surely start to evolve and the market could end up seeing the headset that is best suited for everyone, although to be clear, there will be no perfect VR headset for everyone, as everyone’s tastes are different, but the “winner” in this regard will be a product that can strike the balance of offering a great product that does everything well, and is priced competitively.