Last week, Huawei took to the stage in London to announce the new P9 and P9 Plus duo of smartphones, the latest entry in what Huawei positions as their flagship devices here in the West. This isn't anything too new, really, the Huawei P8 from last year is a very similar device and was also announced in the UK's capital however, this year there was a big difference from last year as there wasn't just one brand involved in this announcement, but two. Marking the first time that prestigious camera brand has ever partnered with a smartphone brand, the P9 has Leica optics and is poised to "reinvent smartphone category". I was in attendance last week during the event, and as the CEO of Leica himself took to the stage, a question hit me – and has continued to dig at me since then – just what does this brand partnership mean, long-term?

Answering that questions on a personal level is pretty easy for me. I am unashamedly a fan of the way cameras used to be and the ways that we used to use cameras. I love photography, and I enjoy taking photos, but it's a private hobby of mine, I'm not a big fan of Instagram and I've dabbled with Flickr over the years with mixed results. This is presumably because I grew up learning to shoot film – out of, perhaps, a misguided choice to take a more interesting path – and despite being just 25, I'm pretty oldschool in how I approach photography. My 'weapon' of choice is a Fujifilm X30, shamelessly chosen more for its looks, but also because of a lens and handling that just feels right to me. When I was a teen, I idolized the Leica line of cameras, and while I've still never been able to justify the price of one, my Fuji and Russian Fed cameras help itch that particular scratch. So to me, the partnership with Leica meant that the P9 – and hopefully future Huawei smartphones – will take great photos and get me more excited about taking meaningful images with a smartphone. Huawei + Leica = Great Camera Phone is a safe equation to submit as a correct answer here, but is it more than that? 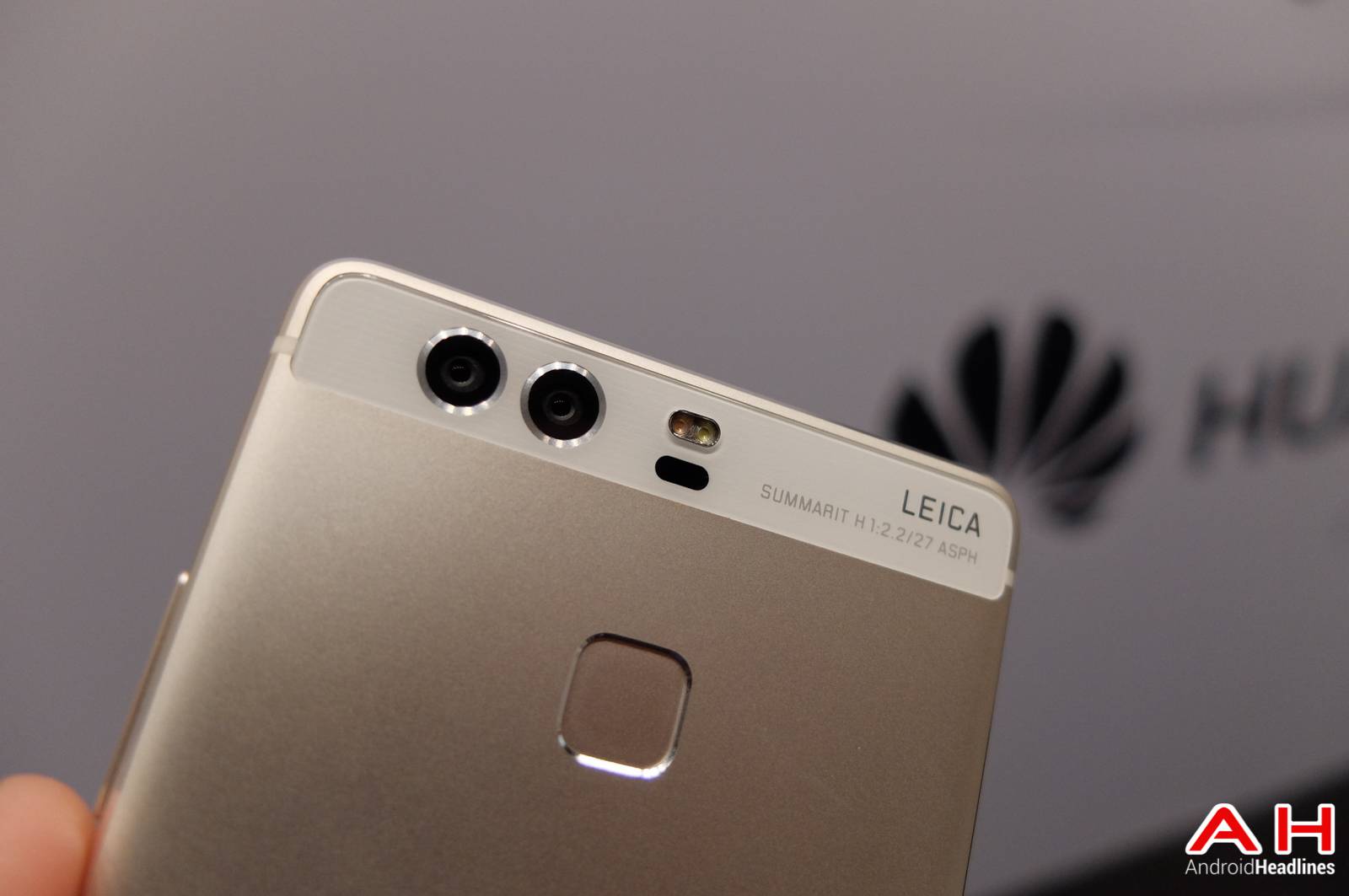 For some time now, Huawei has been chasing the high-end fashion dragon, and at their event in London they even had supermodels on hand, along with a gallery of all the pictures taken with the P9 by some of the best photographers in the world. The Huawei Watch is a prime example of the market that Huawei is trying to appeal to here in the West, and they're perhaps a little ahead of the curve here. The Chinese are a force to be reckoned with economically, and wherever there's money, there's an air of elusiveness, but the P9 is not an outrageously-priced smartphone. In fact, it offers perhaps more value than anything else on the market right now – give or take a few caveats and compromises – so how can Huawei go for this high-end fashion without charging the earth for something? Well, clearly they're trying to do this on their brand alone, and like I say, they're ahead of the curve here. Leica and great device launches like the P9 and the Huawei Watch will no doubt help their overall brand image, but something doesn't sit right with me. And it's the phone.

We'll have a full review in due course, naturally, but after spending the last few days with the P9 I have come to two conclusions; taking photos with this thing is great fun and that the software is awful. I love taking photos with the P9, once I got used to the fairly-decent camera software I fell in love with the black and white mode (which the P9 is great for, thanks to one of its cameras having a solely-monochrome sensor in it) and the film modes satisfy my old soul brilliantly. So far, I have come to the conclusion that the Leica lenses offer great detail, and Huawei have cleaned up their camera software from last year a little bit – perhaps under guidance from Leica themselves? – but the rest of the phone is not a fun experience altogether. Recently, I've been using a Galaxy S7 Edge and the software differences are massive. Nothing appears to be "right" to someone that's used to using a standard Android device, the notification tray feels "wrong", the multitasking menu is ripped straight out of an iPhone and I want my damn app drawer back! Even if you're coming from an iPhone, and perhaps especially if you're coming from an iPhone, the overall experience will be confusing and more than a little difficult to get to grips with quickly. Huawei + Leica = Great Camera Phone With Poor Software? 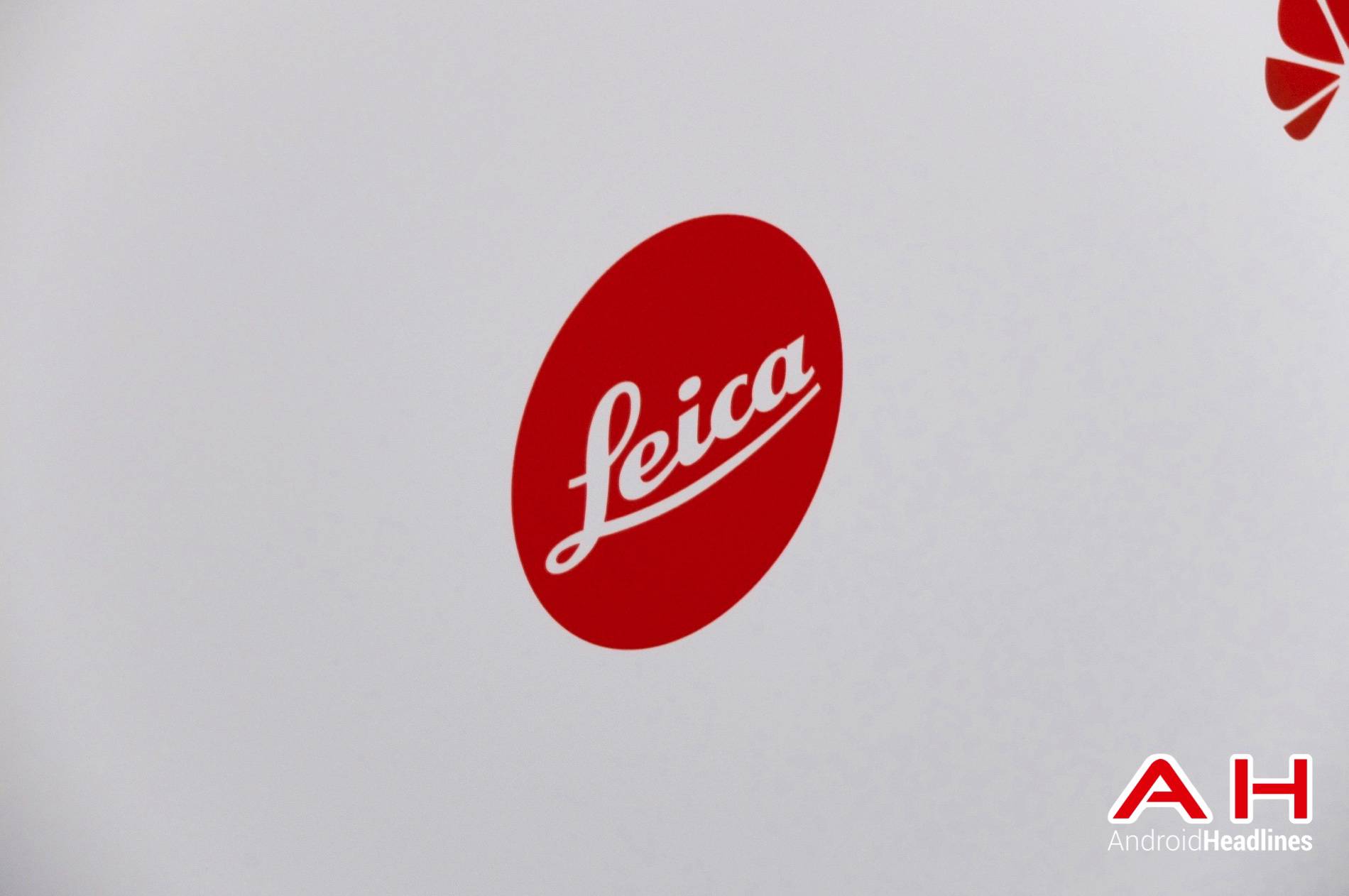 Perhaps I'm being a little harsh here, but the software experience contrasts starkly against what is one of the most surprising camera experiences that we've seen in a long time. Clearly then, this is more about the brand Leica than the camera Leica, but just what will Huawei get out of it? Speaking to a number of friends and family members over the weekend I spoke to them about the new phone and said "Yeah, this time they've partnered with Leica" and I was greeted with blank faces. This shocked me somewhat, but then I realized that all of my friends are around the same age or younger as I am and grew up with digital cameras or using their smartphones as cameras, so clearly I was talking to the wrong audience. My Father, who was 70 this year and an avid photographer on film back in the day knew all about what Leica meant, and so did a lot of people around 35 and up that I spoke to, which kind of says it all really; the Leica brand is one that will speak to just two audiences. Those that are above a certain age and those that have money.

Huawei is also an International company, and during the event I saw and heard of – yes, a lot of Chinese media – media from France, Germany, Holland, Spain and I even overheard someone saying they had flown in from Israel. The amount of people who were in attendance was the sort of thing you'd expect for an iPhone launch, not something from a two-bit Chinese manufacturer. Therein lies the point, Huawei is no longer just "that Chinese smartphone manufacturer" and haven't been for some time, but this Leica brand partnership should further help put Huawei on the Map, as in "the Map" of brands from all over the world such as Apple, LG, Samsung, Sony et al. Just what this brand partnership means long-term is unclear, will they be partnering on all future devices? Does it go both ways? Regardless of the answers to these questions, this overall answer is that the Leica branding is a big score for Huawei, and while it might not mean a lot for a younger generation, it's exactly the sort of brand that Huawei will need to appease to that high-end audience they seem to be going after. With a rich, rich history and some serious market presence, the Leica brand should rub off on Huawei's own and there's a chance that within a year, customers will be thinking of Huawei very differently.