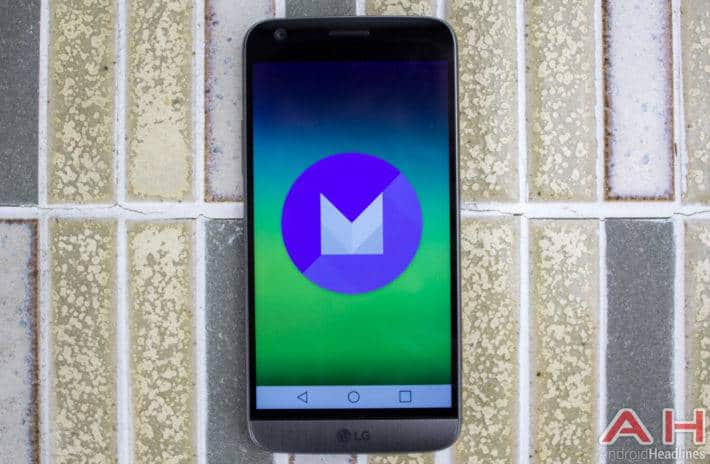 With the start of a new month comes the latest figures and data on how the Android landscape currently looks. In terms of today, this means the latest Android Distribution report which looks to provide a breakdown of how many Android devices are currently running on the many variants of the Android operating system. While much of the talk of late surrounds Android N, Android 6.0 (Marshmallow) is still the current and newest commercially released version of Android and is likely to be the big talking point with these latest figures.

In terms of the data now coming in, the big headline point is the growth with Marshmallow. Back in February, Marshmallow stood at 1.2-percent and this effectively doubled within a month with its March figure coming in at at 2.3-percent. Now, the latest figures from April show Marshmallow doubling again and currently occupying a 4.6-percent level of distribution. So while the initial slow rolling out of Marshmallow has been widely criticized, it does seem as though it is starting to pick up the pace a little. The real test of course, will be how much it jumps again next month.

Moving on and with Marshmallow finally starting to gain momentum, it should be expected that the older Android variants are starting to lose their momentum and that is exactly what the numbers are showing. In terms of Android 5.0 (Lollipop), the April figures show a slight decrease from last month’s 36.1-percent distribution figure, down to the current 35.8-percent marker. However, last month’s figures did show Lollipop passing KitKat in terms of being the most distributed version of Android and in spite of its slight decline this month, Lollipop does remain above KitKat. Although, this is largely thanks to Android 4.4 (KitKat) also declining slightly, down from 34.3-percent to the new 33.4-percent total. Moving further back and Android 4.1.x-4.3 (Jelly Bean) is down from 22.3-percent to 21.3-percent, while Android 4.0.3-4.0.4 (Ice Cream Sandwich) also slips from 2.3-percent down to 2.2-percent. Moving further back still and both Android 2.3.3-2.3.7 (Gingerbread) and Android 2.2 (Froyo) remain static, with no change since last month as Gingerbread sits at 2.6-percent and Froyo sits at 0.1-percent. 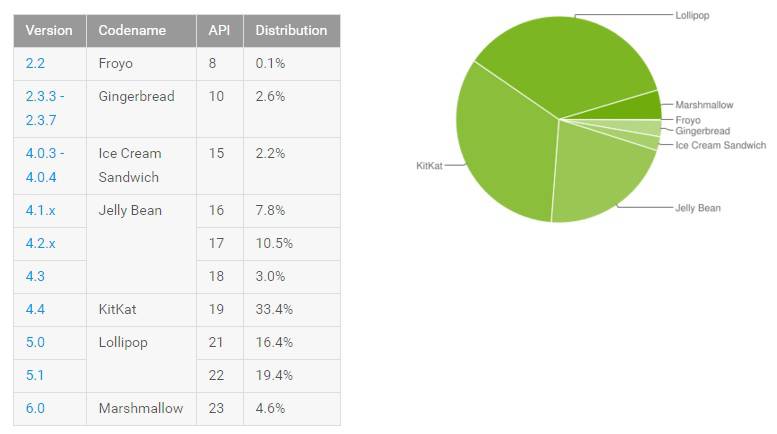