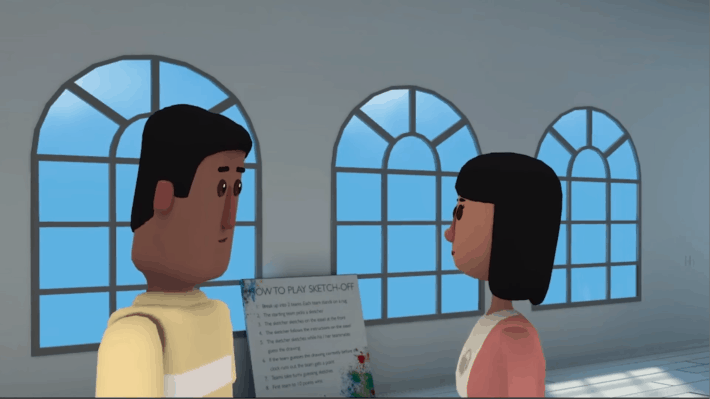 VR continues to grow by the day and the Gear VR headset seems to get the bulk of available content on the mobile side of things. A new app which just recently launched called Altspace VR aims to make virtual reality more social. Typically, VR is something which tends to be less social and more personal as most of what you can do can really only be enjoyed by one person at a time. Sure, you can hand off a VR headset to a friend as you all pass it around the room waiting to take turns playing that new VR game you picked up, but there really isn't much of anything available which allows users to be social with each other simultaneously while immersed in a VR experience. Altspace VR seems to give that opportunity to Gear VR users.

The app, which is also compatible with the HTC Vive and the Oculus Rift, lets Gear VR users call their friends and family in virtual reality. The idea is to be able to engage in social interaction in a virtual reality setting. More than just making VR calls to friends, though, the app also lets you engage in other VR activities such as playing disc golf or air hockey in the virtual world that you're plunged into.

The app even boasts that you can attend events and stream video on big screens all in virtual reality, surely making it an interesting offering for those who have a compatible headset. Everything begins with a VR call, so users will end up calling a friend through the app, selecting an activity, and then putting on the Gear VR to connect with them and engage in that chosen activity. The app also works cross platform, so one user could be on Gear VR while others are using an HTC Vive or Oculus Rift headset. Additionally, if you're already wearing the Gear VR you can download an extra Altspace VR app from the Oculus Store, which makes it possible to open the app and enter the Altspace VR world from within the headset instead of through the phone app first. Altspace VR is free and can be picked up from the Play Store.