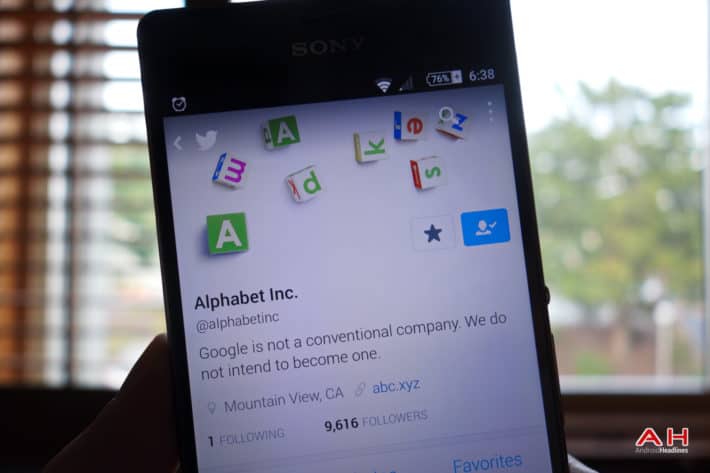 It’s that time of the year. Time to talk cash. Yesterday Qualcomm announced their earnings, and they were quite modest for the company, and this morning we had Verizon announce theirs. Now it’s time for Alphabet to announce their earnings for the quarter. The company posted $20.2 billion in revenues for the quarter. That’s a 17% increase over a year ago, where they reported $17.2 billion. GAAP Operating Income comes in at $5.3 billion, with Non-GAAP Operating income at $6.8 billion.

Now when we talk about Google, their segment revenues were $20 billion and operating income was $6.2 billion for the quarter. Other bets were $166 million for the quarter, which is up from $80 million a year prior. However Other Bets Operating Loss is $802 million. That is a significant decrease from the previous quarter, but still a pretty hefty operating loss for the Other Bets, which include things like Nest, Google Fiber and such. With all of the reports coming out lately about how things aren’t doing so well at Nest, it’s at least good to see that the operating loss is getting smaller, and under a billion this quarter. Although it’s still not good.

Alphabet also mentions in their release that they repurchased 3.2 million shares of Alphabet Class C capital stock for an aggregate amount of  $2.3 billion. Which they state that $2.1 billion of that was paid during the quarter.

Overall Alphabet, and on that note Google, had a great quarter. The first quarter is typically a slow one, as many people are still getting back from their holidays. While they did see a drop in revenue compared to the fourth quarter of 2015, it is still a good solid quarter for Alphabet. You can see their entire report at the source link below.