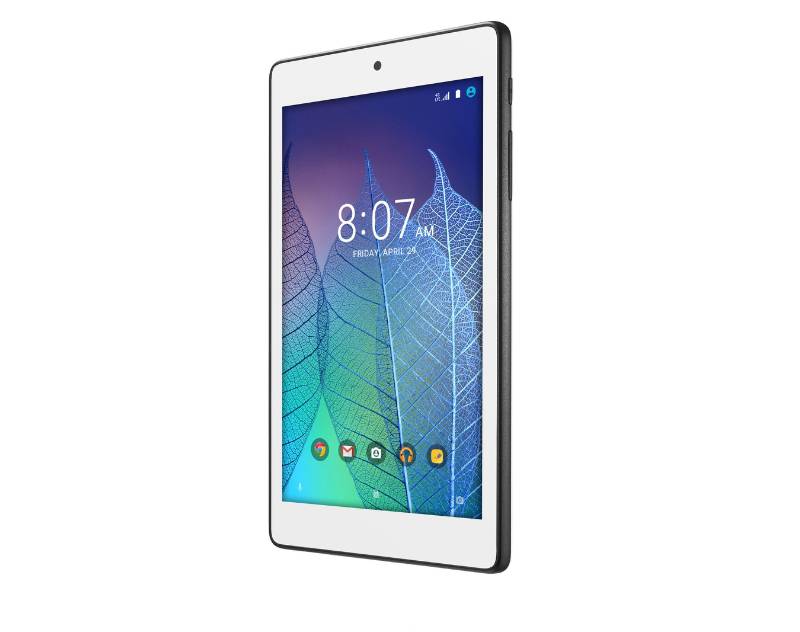 Alcatel, the French telecom company whose smartphone business was taken over by China's TCL Corporation, continues to make some stellar smartphones and tablets, although the company hasn’t yet been able to get the sort of brand recognition in the US that it probably craves for. However, the company is very likely doing everything within its power to change that, and one way to set the ball rolling would be to sell more Alcatel-branded devices rather than carrier-branded ones. That being the case, the company has now announced an all-new LTE-enabled tablet on T-Mobile that the company claims will bring “high-quality and affordable mobile technology to the masses”. The device is called the POP 7 LTE and will be available for purchase today onwards at a price of $129.99.

Taking a look at the hardware specs of the POP 7 LTE, the device features a 7-inch display that comes with an oleophobic coating and a resolution of 1024 x 600 pixels. The tablet is powered by an unidentified Qualcomm Snapdragon SoC that comes with a 1.1 GHz quad-core CPU. The device also comes with just the 1 GB of RAM and only 8 GB of internal storage out of the box, although there is the provision to expand the storage by up to 32 GB with the help of a microSD card. The POP 7 LTE sports a 5-megapixel fixed-focus primary camera, while the front-facing shooter comes with a fixed-focus 2-megapixel sensor. The slate runs Android 6.0 Marshmallow, rocks a 3,240 mAh battery and supports 4G LTE connectivity on three bands (2, 4 and 12).

Elaborating on the launch of the POP 7 LTE, Alcatel’s Vice President of Marketing and Communications, North America, released a prepared statement, saying, “the POP 7 LTE (is) a value-packed tablet that delivers an easy-to-use and customizable pure Android experience along with great performance for being connected on the go”. What’s interesting is how Alcatel’s press release is highlighting the tablet’s ‘pure’ Marshmallow experience, with the ‘Google Now on Tap’ feature being singled out for special mention. Anyways, the tablet should be available for purchase today onwards in participating T-Mobile stores as well as on T-Mobile’s website, so interested users should be able to get their hands on one of these devices pretty soon.