Skip to content
Advertisement
Trusted By Millions
Independent, Expert Android News You Can Trust, Since 2010
Publishing More Android Than Anyone Else
28
Today
67
This Week
765
This Month
5260
This Year
115267
All Time
Advertisement Smartphones have become some of the most powerful computers a lot of people will be exposed to, and in most cases they are packed with some of the most impressive top-tier hardware components on the market. Evidently, the same can be said for the Samsung Galaxy S7 series which – for the past several weeks – has received the highest rating from various consumer media outlets in the U.S. and Europe. And much like other Android-powered smartphones today, the Samsung Galaxy S7 lineup also features a diagnostic tool which can be used by advanced users to determine whether or not everything is working okay. If you happen to own the Samsung Galaxy S7 or Galaxy S7 Edge and are not aware of this diagnostic tool, this is probably down to the fact that it’s hidden and can only be accessed through the “Phone” application. For those of you who may want to troubleshoot the flagship at home, here’s what you need to know.

In order to access the hidden diagnostic menu on the Samsung Galaxy S7 or Samsung Galaxy S7 Edge, users will need to open the “Phone” application, access the dialer, and then dial in “*#0*#” without the quotation marks, naturally. Users will then be greeted with a grid panel containing a number of buttons, each labeled in accordance with a specific hardware component. Simply put, by tapping these buttons users can run the diagnostic tool and determine whether or not a certain hardware component works as intended.

Such a tool can be quite useful in certain situations whether you happen to own a brand new Samsung Galaxy S7 / Galaxy S7 Edge or a previously used one. The tool can give you insight on certain hardware quirks that might not become apparent otherwise, and by running the diagnostic tool you might also be able to determine whether certain issues you may be experiencing on your phone are caused by the hardware or software. Furthermore, assuming that your Samsung Galaxy S7 suffered damage and you’re considering repairing it on your own using DIY teardown guides as a template, knowing how to gain access to the diagnostic tool can be extremely valuable. 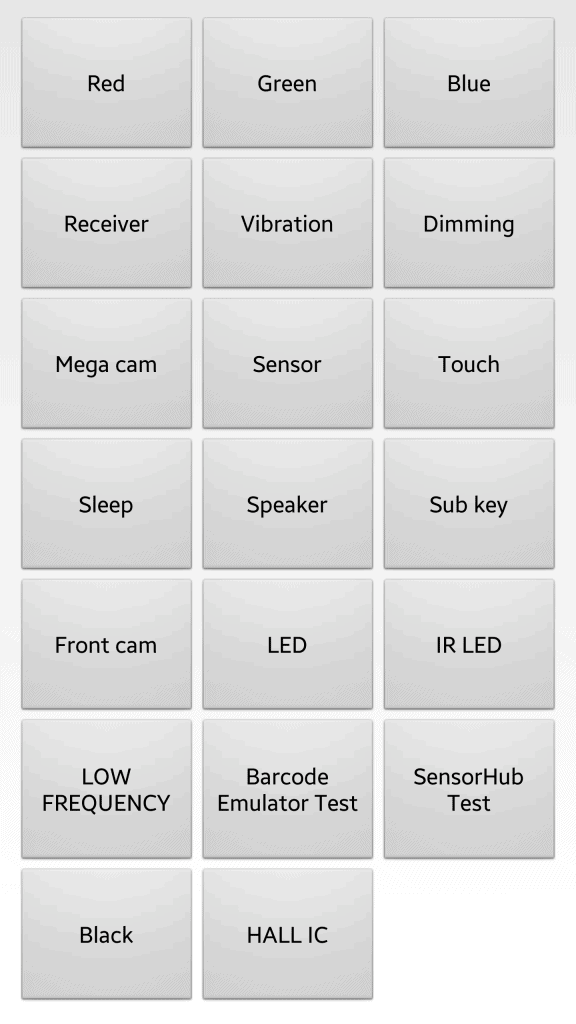