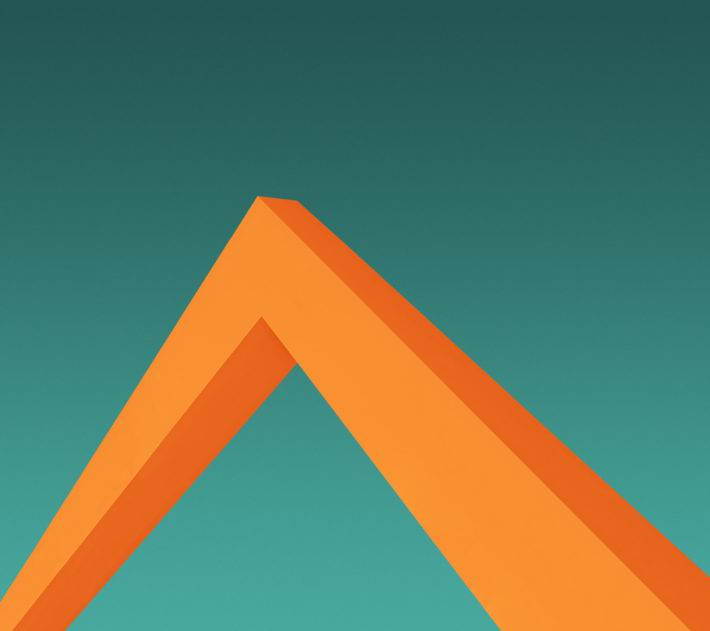 As the hype for HTC's next flagship continues to build, with the launch event apparently happening on April 12, a member of the MaximusHD custom ROM development team took to Twitter to leak out the very first Quad HD wallpaper for the new phone. User LlabTooFeR posted up the wallpaper, using the #powerof10 hashtag that HTC has been using in its marketing efforts for the device. LlabTooFeR had actually posted a humorous picture on Monday indicating that they actually intended to obtain the wallpapers in the near future. Although it wasn't outright stated that the wallpapers would be subsequently leaked, it was likely assumed to be a given, with the post on Twitter to be seen by all of LlabTooFeR's followers.

As for the wallpaper itself, since it's touted as the first Quad HD wallpaper for the phone, it was a bit surprising to zoom in on it and see the telltale jagged pixels that come with upscaling a picture. The wallpaper is fairly unremarkable and minimalist, but does well for what it is and will fit nicely on the 10's Quad HD screen. In total, it measures 2,880 pixels by 2,560 pixels. Since it's close to a square shape, it will likely find its best fit on a portrait-oriented home screen with a few screens to scroll through. It may also look quite nice in landscape, but HTC has yet to show whether or not the home app for Sense 8 will be locked in portrait mode, similar to some other manufacturer skins.

LlabTooFeR's post on Monday indicates that future leaks of the rest of the upcoming phone's wallpapers may be in the cards, but there are never any real guarantees with things like this. The HTC 10's upcoming launch event may spell the official release of a few goodies, but HTC has thus far kept quiet. What the event will likely have is official specs for the HTC 10, which has thus far only been the subject of leaks and teases. The wallpaper is available through a Mega download link on the aforementioned Twitter post by LlabTooFeR, so hit up the source link to have a look at the wallpaper in its full glory for yourself.