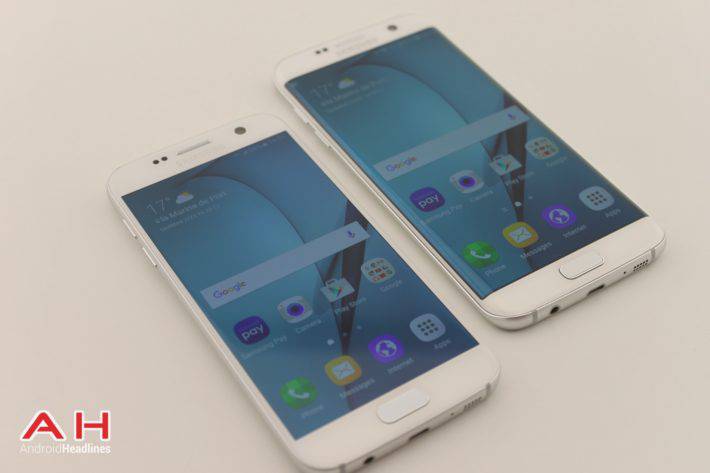 Anytime we have the same device using two different processors, there is always likely to be a showdown of which processor is faster.  Such is the case with Samsung's new Galaxy S7 and Galaxy S7 Edge which were just released a few days ago – on one hand, Samsung chose to use the new Qualcomm Snapdragon 820 CPU and on the other, Samsung is using their homegrown Exynos 8890 octa-core processor.  It depends in what region you purchase the device as to what processor you will receive.  For the most part, the Snapdragon 820 will be in all US devices and the Exynos 8890 will show up in Canada, as well as the European and International markets.  While there is quite a bit of difference in the design of these two CPUs, is there any real different in their performance?  That is a trick question because the answer is both yes and no.

You may be scratching your head, but here is a brief explanation – there are really two types of tests involved – the AnTuTu or benchmark tests and what we call the 'real-life' test.  We saw last week that the benchmarks for the Snapdragon 820 were better than the Exynos 8890, where the 820 scored 136,383 points and the Exynos 8890 topped out at 129,865 points.  However, do these laboratory benchmarks really determine which CPU is faster in 'real-life' usage situations?  Now that the devices are in hands to work with, we are starting to see postings of the two processors being compared, and according to two recent YouTube videos (shown below), it would seem that the Exynos 8890 variant of the Galaxy S7 is faster than the Snapdragon 820 model.

The Exynos 8890 powered Galaxy S7 appears to boot and open applications faster, as well as render video at a much faster rate.  There can be many variables causing the difference – it may be that different Galaxy S7 devices will yield different results or it could be that Samsung is better able to optimize the Exynos processor since they build both, although they are also building the Snapdragon 820 for Qualcomm, but would certainly not optimize it to work with their device.  There will be many more comparisons posted on YouTube and as such, the two videos below are only likely to be the first of many.