Skip to content
Advertisement
Trusted By Millions
Independent, Expert Android News You Can Trust, Since 2010
Publishing More Android Than Anyone Else
7
Today
7
This Week
7
This Month
6770
This Year
124289
All Time
Advertisement 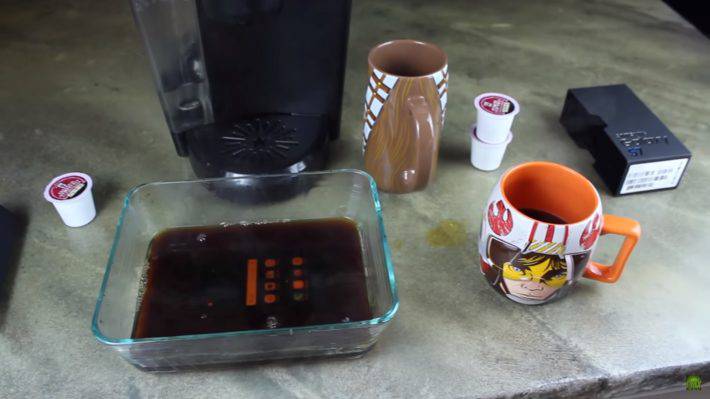 The Samsung Galaxy S7 and Galaxy S7 Edge are two of the currently most sought after handsets. In fact, earlier today a report came through detailing that both handsets continue to be selling better than expected in a number of regions. This is not that surprising though, as the latest smartphones from Samsung combine the popular design and build of the previous generation devices, the Galaxy S6 and S6 Edge along with some notable improvements and the return of some fan favorite features. For instance, the inclusion of a microSD card slot and water-resistance. In this case, an IP68 rating for water-resistance.

As is normally the case with any new and major flagship device(s) that come through, various YouTube videos typically surface and look to put a number of the spec and feature claims to the test. This has already included a number of Galaxy S7 and S7 Edge videos testing aspects like their water-resistant and stress-resistant build capabilities. Well, one YouTuber, DroidModderX, has also decided to test the hot water-resistance nature of the Galaxy S7 by putting it through the ‘hot coffee’ test.

The video is designed not just to show how the Galaxy S7 is able to withstand water for a short period of time, but also how well it holds up in hotter than usual water. In doing so, the Galaxy S7 is shown being booted up and then placed in a glass dish before hot brewed coffee (which comes from a coffee machine that is said to be able to heat coffee to 195 degrees Fahrenheit) is poured over the smartphone. The Galaxy S7 remains on throughout the short time submerged in coffee and seems to operate and function as normal once removed. Effectively passing the hot coffee test and confirming that if you do spill coffee over your brand new handset, the Galaxy S7 should be fine. To try and mitigate against any criticism that there could be any form of time delay between the coffee being brewed and poured over the smartphone, the video then goes on to show the Galaxy S7 taking a direct coffee shower. Those interested in seeing the video in full, can do so by clicking play below.