Facebook’s efforts to ramp up their video content have been going on for a while, putting more of a heavy focus into videos playing in the news feed more often and working with content creators to bring more videos to the platform, in attempts to compete more with YouTube. As of right now, the way users view videos is simply through their news feed, but a new rumor alleges that Facebook is getting ready to incorporate a video-only feed into the Android version of its mobile application. A feed that’s just for videos is something that Facebook has already been testing in the app for iOS users since last October, and with Facebook’s heavy push in video and their belief that video will be the majority reason people visit the service in just a couple of years, it wouldn’t be a surprise to see a feed for videos only implemented across all platforms eventually.

Currently, there is no official confirmation from Facebook that a video feed page is being tested within the Android app, but screenshots from one Facebook user on Android display that such a feed seems to already be in use on at least a small scale. Much like the already existing tabs up top which cycle between the news feed, friend requests, and notifications, there will be a small video button in that bar which showcases all of the videos that pop up in the news feed, but without all of the other content.

According to the details about this new page within the app, videos will allegedly play continuously without ad interruptions, allowing users to enjoy videos one after another. Once the video feed button appears it will also seemingly come in at a time when Facebook gets rid of the button for Messenger, which already does nothing more than tell users to install the standalone Messenger application for chatting with friends. With no official statements from Facebook on this feature there is also no set release date for the appearance on either platform, nor is there any indication just yet if Facebook will also be looking to bring the feed just for vides to the website as well. 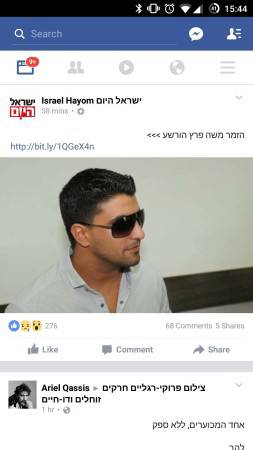