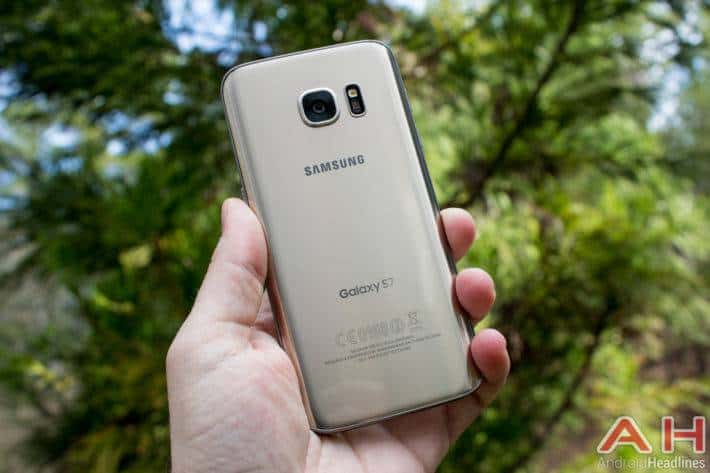 The Geekbench website can be a very interesting place to go looking at different devices: we often see unreleased, prototype smartphones and tablets being put through their paces on the website, either as a deliberate ploy to show the world a new, unseen variant of a particular device, or sometimes as a deliberate attempt to mislead the audience. Today, we have seen two Samsung devices that carry a designation marking them out to be from the Galaxy S7 family going through the Geekbench website, but powered by MediaTek chipsets rather than the existing Qualcomm Snapdragon 820 or Samsung Exynos 8890. And by chipsets, both the new MediaTek Helio X20 and Helio X25 System-on-Chips are cited in these unreleased and unseen Galaxy S7 models as well as the Samsung Exynos 8890. The new model designation is the SM-G930W8: in the past, Samsung has designated models for the Canadian market with the "W" at the end of the model designation.

The devices with the model code of SM-G930W8 show one powered by the Samsung Exynos 8890 with 4 GB of RAM, one with the MediaTek Helio X25 with 4 GB of RAM and the third uses the MediaTek Helio X20 chipset but with 3 GB of RAM. To discuss the two Helio chipsets, the Helio X20 uses ten application processor cores organised in a three tier arrangement. There is a quad core cluster of ARM Cortex-A53s clocked at up to 1.4 GHz, a quad core cluster of ARM Cortex-A53s clocked at up to 2.0 GHz and a higher performance, dual core cluster of ARM Cortex-A72s clocked at either up to 2.3 GHz or 2.5 GHz, as MediaTek's information on the chipset shows both maximum clock speeds. The MediaTek Helio X25, which is a result of a joint venture between MediaTek and Meizu, is a superior performing variant of the Helio X20 featuring higher clock speeds for both the application processor cores and the GPU. The Helio X25 may possibly a lower process size of 16nm rather than 20nm. The lower process size would allow the System-on-Chip to run at a higher clock speed, and so compute information quicker, but producing the same amount of heat.

For the Samsung Galaxy S7 devices in question, given that the model powered by the Helio X20 has 3 GB of RAM, this is likely to either be a Galaxy S7 Neo or a S7 Mini device instead of a variant of the full Galaxy S7. It's possible that Samsung is building different versions of the Galaxy S7 for different markets – probably China given the MediaTek internals – and that the tested devices all carry the same model designation so as not to give the game away, but are different handsets. At this juncture we simply do not have enough information to know either way.