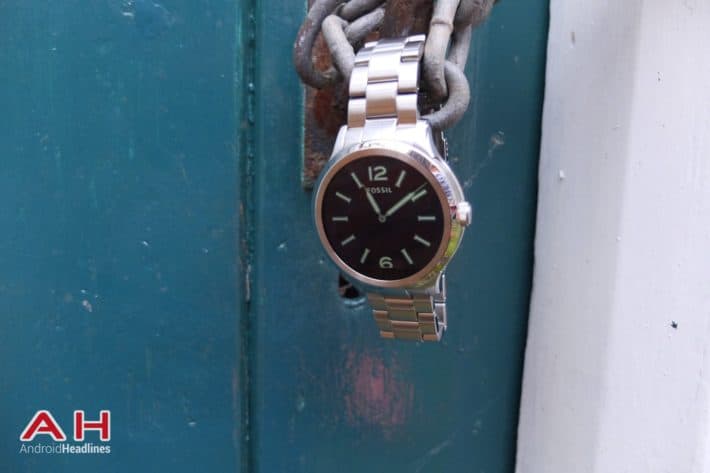 Android Wear might not have taken off quite the way that Google was looking for more and more options are starting to hit the market. Just this month, Nixon and Fossil announced new smartwatches running Android Wear, and the recent update to Marshmallow has given existing devices a little more life, and given them more to work with. Each month, we take a look at some of the latest Android Wear apps out there and put together a list of 10 of the best. This month has some cool new apps as well as some good-looking watch faces, so let's get started. 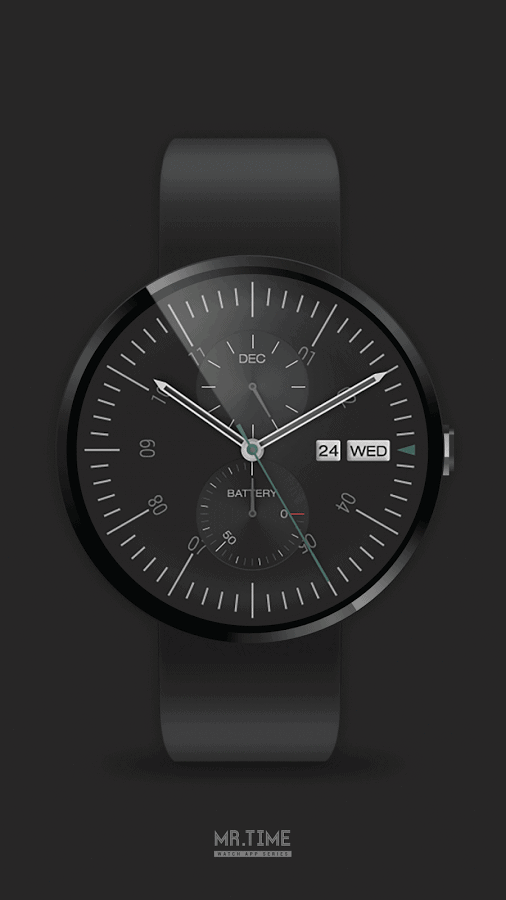 Mr.Time is the name of a developer in the Play Store, and if you take a look at their offerings, there's a whole lot of nice watch faces on offer. Many of which take inspiration from Swiss classics and some Braun-inspired faces. Here, we're taking a look at "Edward" a fairly simple, yet elegant watch face that has some subtle additions on offer besides just the analog watch face. It looks great in white and the bluey-gray color, and will work well with a round watch and a leather strap. It is however, perhaps a little expensive for a watch face. 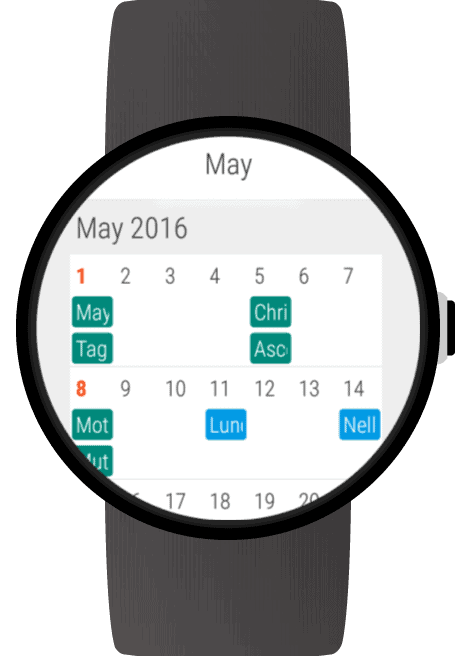 This is yet another Android Wear app from Appfour, the developer that seems intent on squishing all manner of apps and utilities onto our writs. We took a look at this Calendar earlier, and while it might not make a lot of sense to view your entire year's agenda from your wrist, being able to quickly add events to your phone's main calendar from your wrist makes a lot of sense and it can definitely help you keep track of things differently. Adding an event there and then is easier to do from your wrist, and the app is fairly fully-featured despite its small size and footprint. 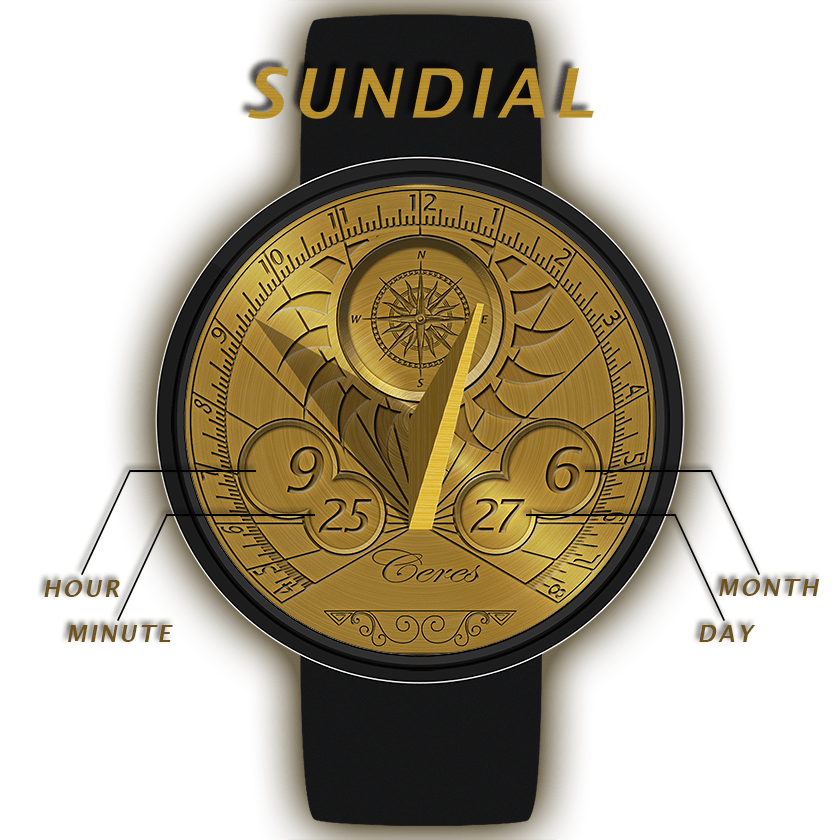 I'm surprised that there aren't more of these watch faces out there in the Play Store, but then looking at the watch face and ignoring the numbers I can see why; sundials kinda suck. They are however, undeniably good-looking and if you're a fan of bringing the old back into the now, this is a watch face that will suit you. It's not free, but then again few high-quality watch faces are these days. This is a nice watch face, but I wouldn't recommend placing your watch on a table to use the sun as a sundial. That won't work. Not at all. 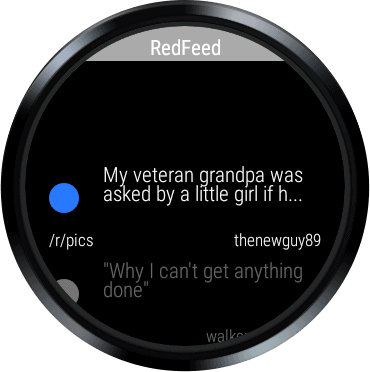 RedFeed for reddit has been around for some time now, and it's a pretty great reddit app in general. It's recently been updated with Android Wear support, and people can now scroll their favorite subs from their wrist. How useful this is well, questionable, but being able to check if something new is going on before getting your phone out could be good, and again it's a fun party piece to show off to friends and coworkers at the very least. 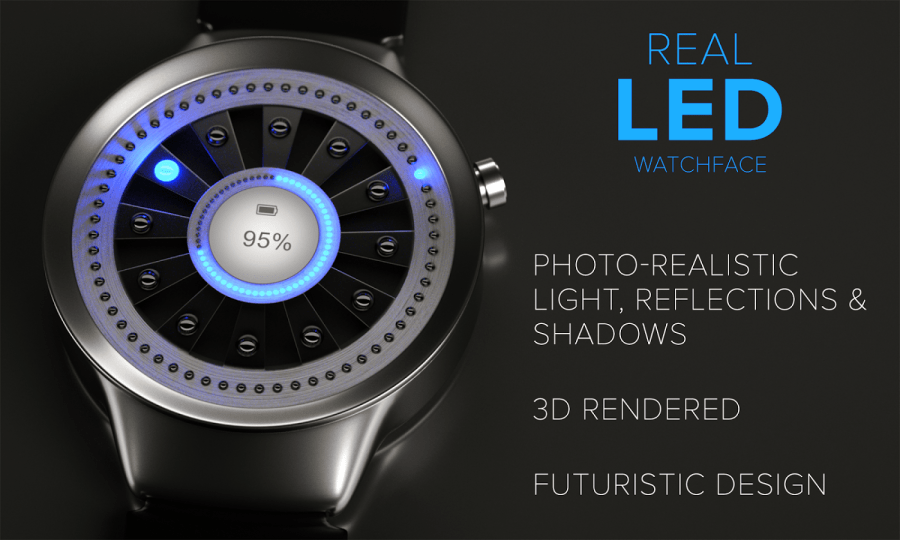 While it's unlikely that people will start to have the same sort of attachment to LEDs that people have to vacuum tubes and Nixie tubes there is a certain glow about them. For those that really love their LEDs, the Real LED Watchface is an app that will bring all that sort of fun to your smartwatch, it's a little pricey, but again if you're a sucker for a good LED, then this is nothing. 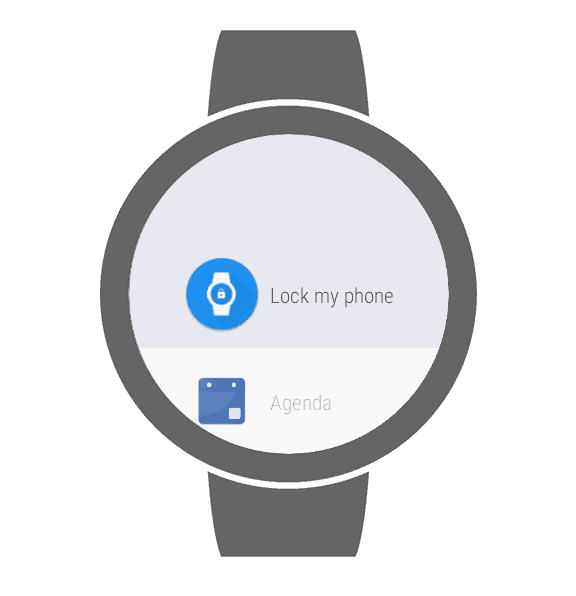 Lock my Phone is one of those strange little Android apps that pretty much does what you think it does, and it really is as simple as you might think it is. What this app does is well, lock your phone, albeit from your smartwatch. It's a wonder why you might need an app like this, but perhaps you have your phone connected to a display a lot or you just need to lock your phone when its the hands of little ones. Combined with a strong passcode, this could be a neat and simple way of kicking kids and other people out of your phone remotely. 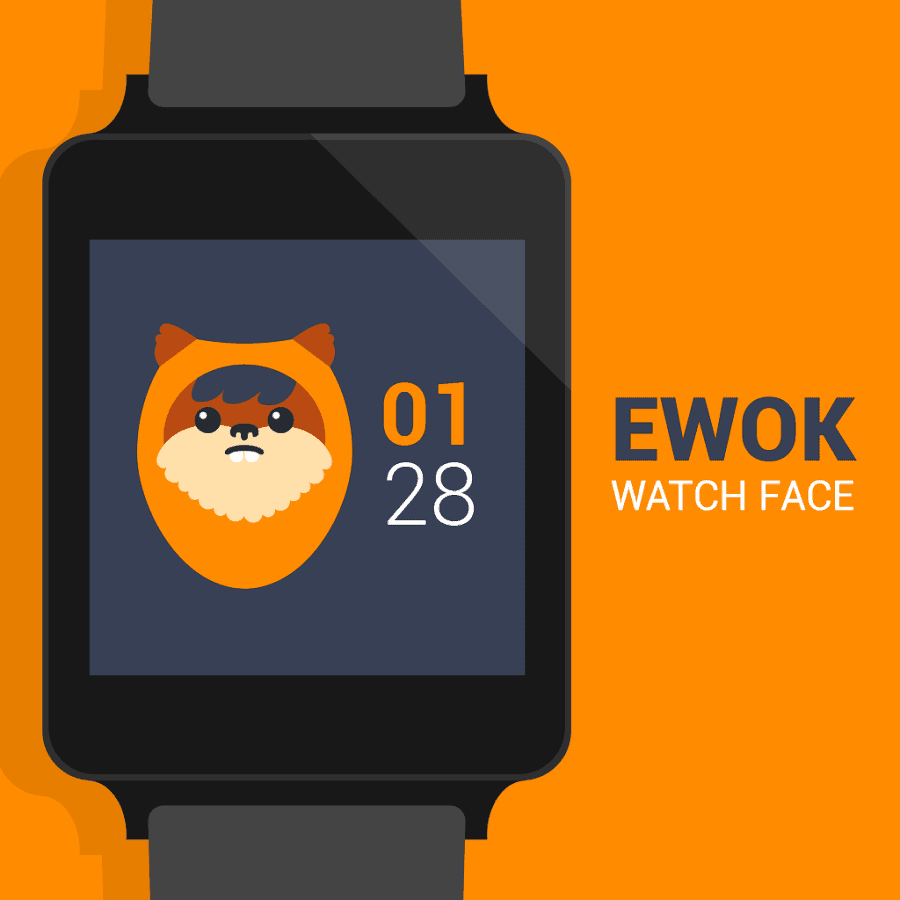 Often considered the "Jar Jar Binks" of the original trilogy, the Ewoks have divided fans for a long, long time now. They do however, have some charm going for them and this watch face is a fun yet simple way of showing off said charm on your wrist. It's also pretty much routed in Material Design as well, so there's no 80s screenshot slapped onto your smartwatch, and this is one watch face that doesn't care at all what shape your screen is. 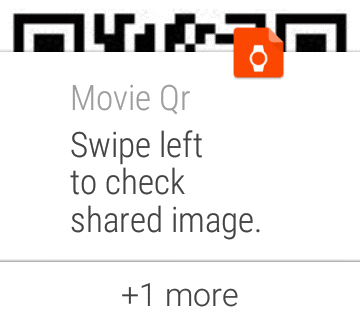 Torelo isn't a new concept, but the way it's put together delivers a high level of polish, and it ultimately comes together quite well. Torelo basically lets you quickly type something and then send it to your smartwatch, you can have multiple small notes stacked together on your device, and there's also the ability to share images from your phone to your watch. What Torelo can offer people is a way to cut out the middle man and share whatever they want to their devices, whenever they want without needing to figure out which app they need to be using or whatever. 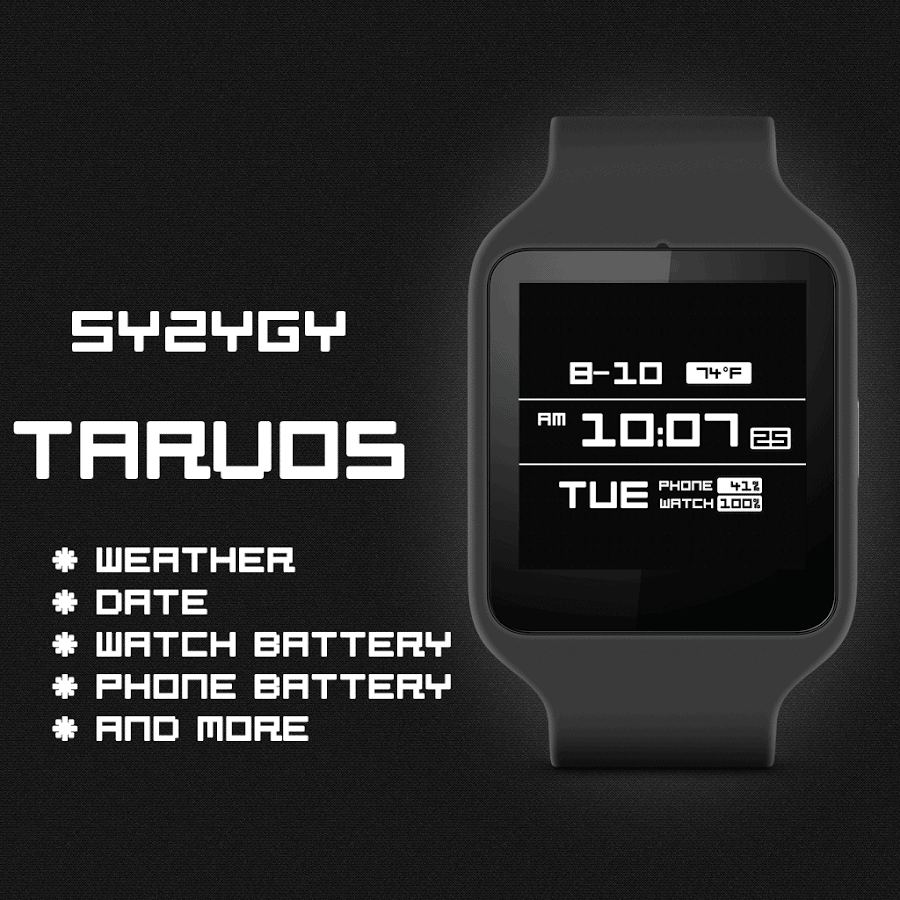 Tarvos is a fun watch face that will instantly remind some people of the popular Tokyo Flash watches that are out there. It displays all the information that you could ever want an will look really great on an OLED watch, naturally. This is a watch face that wants to be all about the future, and if you feel like you're from the year 2050, then this is something for you. 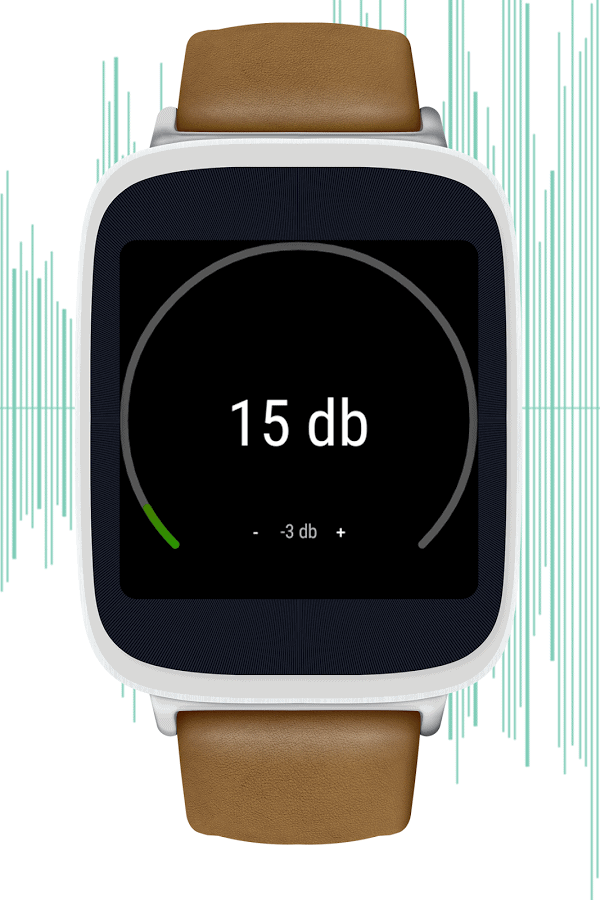 Wear Sound Meter has one goal; to tell you how loud something is. This might seem pointless, but there are a good number of reasons you might need to know what the sound level is at a glance. Maybe you need to adhere to a sound limiter of some sort, or perhaps you need to get a good reason to tell how loud a construction site is or whatever else. Either way, if you need to know how loud something is, then your smartwatch just became a little more useful day-to-day.