LG announced their new LG G5 will launch in Canada on April 8 and just about every carrier, along with Best Buy, The Source, Costco and Wireless Wave, plan on selling the new flagship smartphone.  All major Canadian carriers, including Bell, Telus and Rogers (Fido), and regional carriers like Eastlink, MTS, SaskTel, Videotron and the recently acquired Wind Mobile will all be waiting to sell the new device.  The LG G5 comes in three colors – Silver, Titan and Pink – depending where you make your purchase.

Many of the sellers will have big promotions going on, much like Samsung is giving away a free Gear VR with pre-orders of their Galaxy S7 and Galaxy S7 Edge devices.  Rogers’ promotion is shown below – if you reserve your LG G5, you will get a free LG CAM Plus – a $99 value – upon purchase and activation on a two-year plan.  The LG CAM Plus is one of their modules that slides in where the battery goes and it adds a nice grip and camera controls – almost turning the LG G5 into a true point-and-shoot camera.  A really nice option for those that take a lot of pictures and do not mind the extra bulk it adds – it also increases the battery size.  Videotron said it will start taking orders for the LG G5 on March 31 and will offer the free bundled LG CAM Plus.  Carriers will offer them while supplies last.

LG completely redesigned the G5 from the drawing board up.  Besides going to an all-metal body, the real innovation is its modular design that allows for a removable battery.  There is a button on the side of the device that allows you to slide out the bottom of the phone, along with the battery.  Then you can slide in modules to add more functionality to the device.  The free LG CAM Plus adds a larger battery, camera controls and a grip that allows you to grab the device better for taking pictures.  The is also a Bang & Olufsen (B&O) attachment that adds a much better DAC and better sound reproduction through the headphones.  If LG can build an ecosystem of modules, it could very well help sell millions more LG G5s. 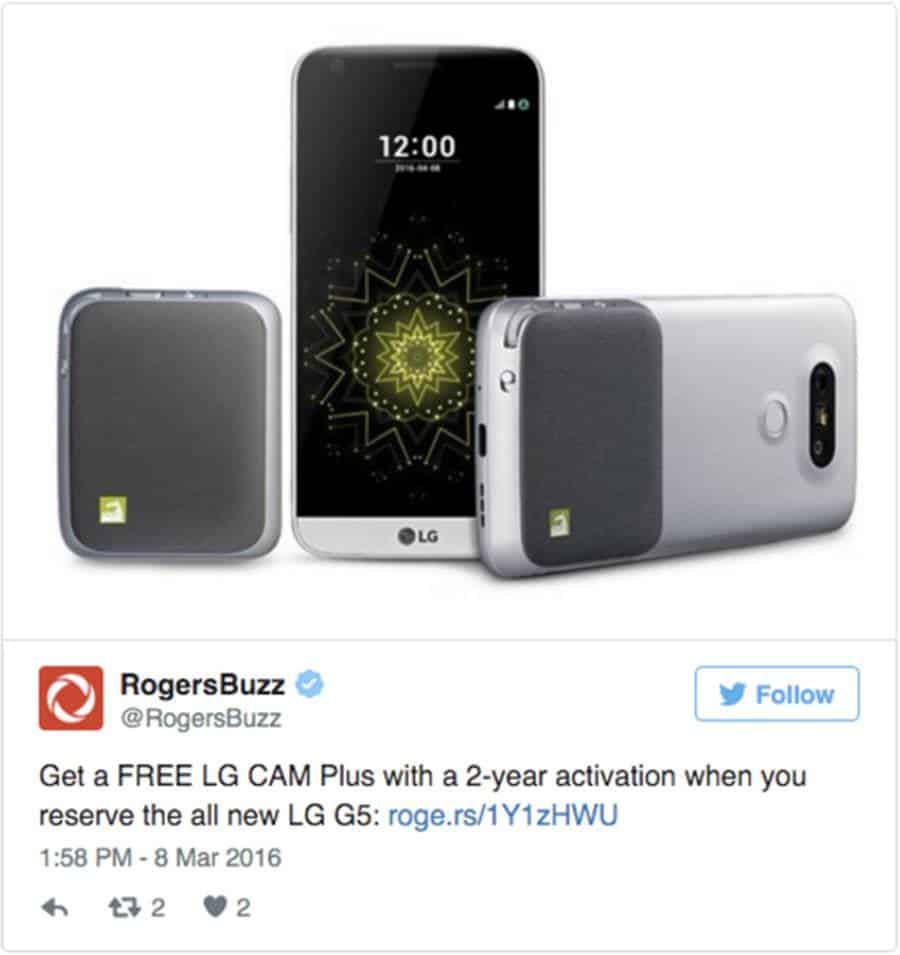