T-Mobile, aka the Uncarrier, has been poking fun at their rivals for a while now. That's not really new. But they are doing it in different ways these days. We've seen T-Mobile come out with the Earnings Drinking game for earnings calls for each of the wireless carriers, including their own. But now, they have put together a photo caption contest on Twitter. Actually the contest has already started, and they have posted some of the best results, which are shown below. You can still enter by using the hashtag #VerizonContentDonkey.

So why is T-Mobile going after Verizon this time? Well Verizon seems to want to deliver content to their users. That's something all the carriers are doing these days. Although Verizon wants to own the content as well, in Go90. That's their over-the-top or OTT mobile video streaming service. T-Mobile says that creating and owning content is a tough thing to do, and they aren't wrong. However they also note that Hulu, Netflix, and others do it very well. They also note that T-Mobile customers can watch it for free thanks to BingeOn. Much like BingeOn, Verizon allows users to watch Go90 content for free as well, without hitting their data cap. However, that is only for Go90 and not other video streaming services, so it's more than likely going to get some attention from the FCC.

T-Mobile seems to think that the reason Verizon is looking to deliver content to you that they own is because they are feeling the heat from T-Mobile. After all, T-Mobile has added a ton of coverage lately, and grabbed a ton of customers from Verizon, AT&T and Sprint as of late. AT&T is looking to do the same thing. Use video to leverage their service over their competitors, and use ads to offset the cost of users watching all that video for free, without it hitting their data cap.

The wireless industry has gotten a whole lot more competitive in the past few years, and it's likely going to get even more competitive. Especially after the incentive auction takes place later this month for the coveted 600MHz spectrum. We've seen plans change, prices drop, and even contracts go away. 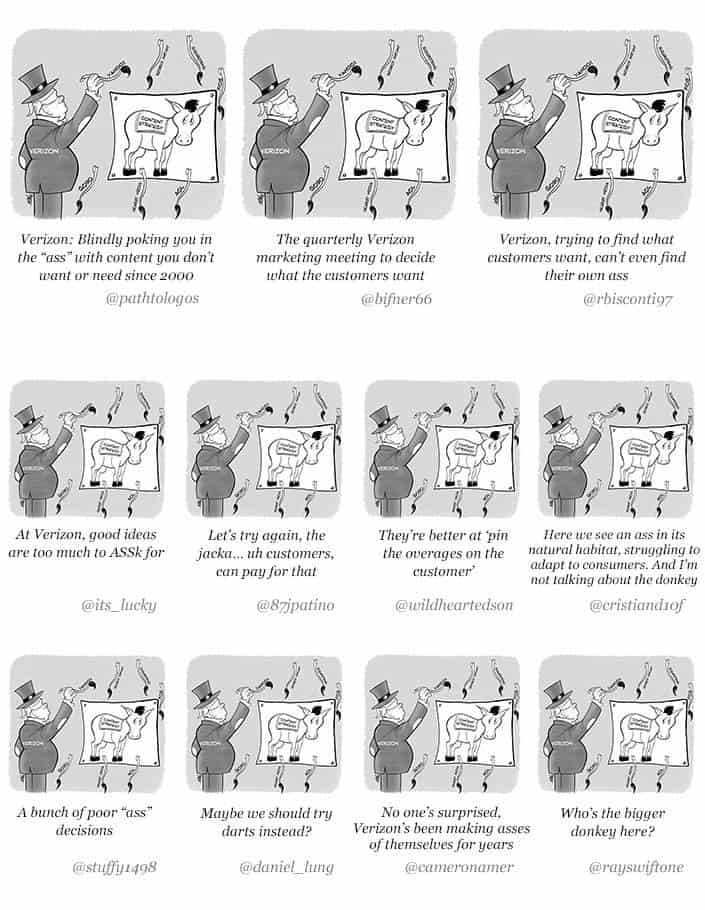