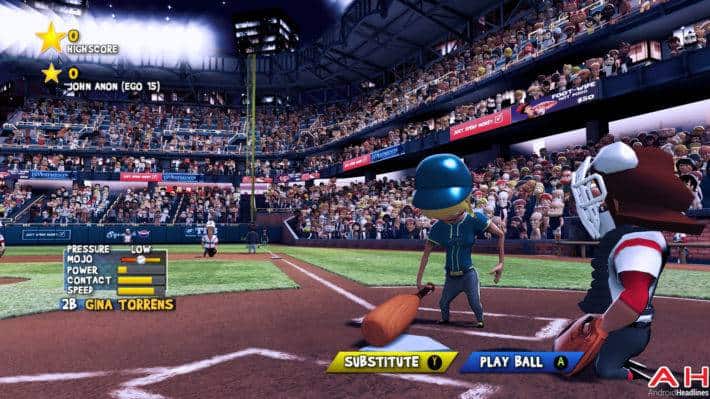 While Android TV continues to expand in its number of compatible apps and games, those who own the NVIDIA SHIELD will know that this particular Android TV device has seen a greater level of expansion of compatible games than any other Android TV device. An expansion which is continuing today as another new game arrives on the Google Play Store as a SHIELD exclusive, Super Mega Baseball: Extra Innings. To those who follow baseball, the arrival of Super Mega Baseball: Extra Innings will tie in nicely with the MLB season that is due to start in the coming weeks. While, to those console gamers, this title will be somewhat familiar, as it is a follow on to the Super Mega Baseball game that was released back in 2014 from Metalhead Software. Either way, if you are interested in batting a few and all from the comfort of your NVIDIA SHIELD then now you can.

In terms of the gameplay, Super Mega Baseball: Extra Innings is a nicely developed game and the animations on offer do provide a much more fun and lighthearted baseball experience. You have the choice of being able to take part in single exhibition matches or batting your way and progressing through the league. Games can be set up based on the number of innings, so you can essentially choose how long your game lasts which is a nice touch. Although, either way and even at a lower innings level, the games will have plenty of gameplay and will be determined by how quickly you are all out. Super Mega Baseball: Extra Innings also offers quite a good level of customization. You can pick your team, change their names, their look, rearrange the batting order to suit your style, while also making sure your in-game management is in order too – you will have to monitor player's health and general fitness and be ready to substitute them out when they start to get sluggish. Of course, for those just more interested in hitting the ball and running, the game can be setup for a more easier level of play as well. So it is a game which is keenly able to adapt to your individual skill level and provide action and gameplay suitable for the more experienced players, as well as the more novice ones.

One of the big added benefits of the game is that you can also play local multiplayer games too. So if you do have a couple of SHIELD controllers, then you will be set for a nice one on one level and style of action. Alternatively, you can always play Co-op against the computer or even 2v2 as it offers up to four-way player support. The app itself is now available to download directly from the Play Store and is priced a $19.99. While that might be considered high by Android game standards, this is a rather in-depth game and certainly does offer hours of gameplay, not to mention a good level of repeat play. To find out more about Super Mega Baseball: Extra Innings or to download the game on your NVIDIA SHIELD, head through the link below.