Stone Tower is an Android game that asks players to build a tall tower out of differently-shaped stones. The taller the tower, the higher the score will be when – or if – you should place a stone that causes it to topple. It doesn't appear as though there's a scoring system in single-player, but the real fun is to be had in 1-on-1 matches that will remind some of their Jenga days. With the ability to choose and rotate stones at will, multiplayer matches can be filled with strategy and a real show of one-upmanship. Let's take a closer look, shall we?

First thing's first, users will need to download Stone Tower, for free, from the Play Store. Once installed, they can get started, the game gives players the option of signing in with Google Play Games or just playing as a guest. I chose to log in though. 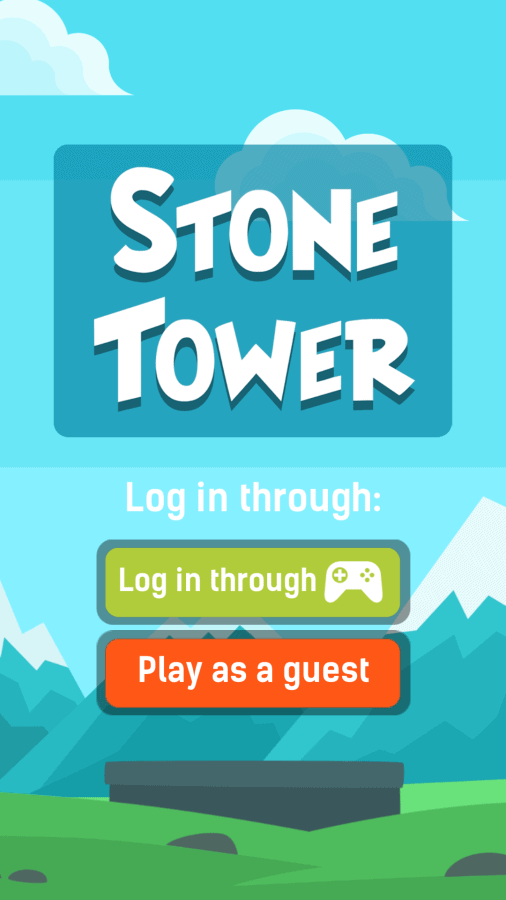 There are two game modes to choose from in Stone Tower, a single player mode and then 1-on-1. For new users, it's perhaps best to get started with single player to learn how the game works. Thankfully, Stone Tower walks through the process with new players. 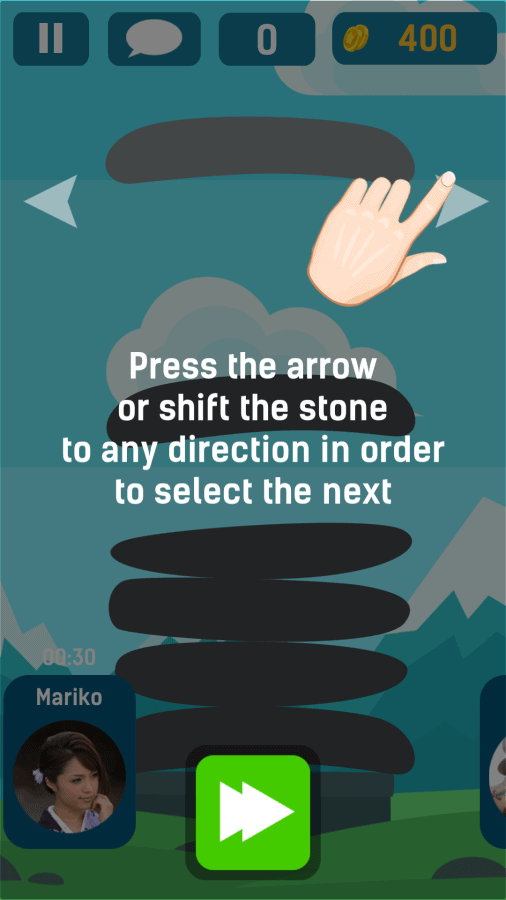 Players can choose whichever sort of stone that they'd like, and then place the tiles on top of one another. There are smaller tiles, thinner tiles and larger tiles that can take more weight. On top of these strategic choices, players can also rotate the stones before placing them, in they see a need to. 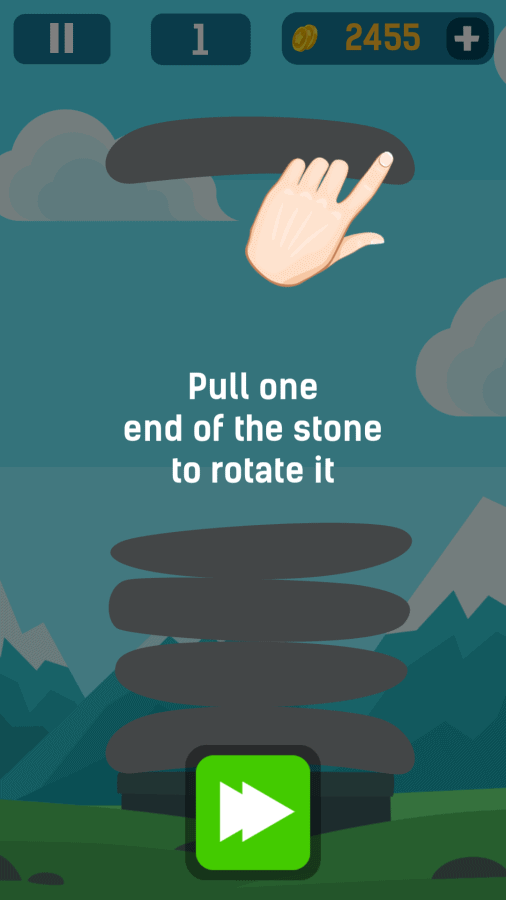 All of these are nice options, and give players a number of different choices and varieties on play, too. The single player mode allows players to get familiar with the overall gameplay and how to create a decent tower. 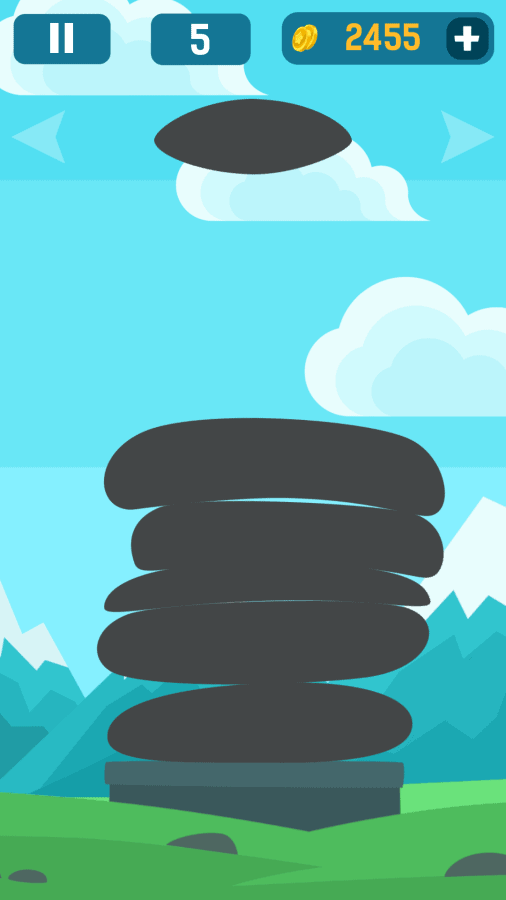 Playing online 1-on-1 however seems to be where most of the fun is when playing Stone Tower. Finding an opponent is nice and easy, and while you can choose to invite some of your friends to play with you, it's just as easy to find a random opponent to play with. 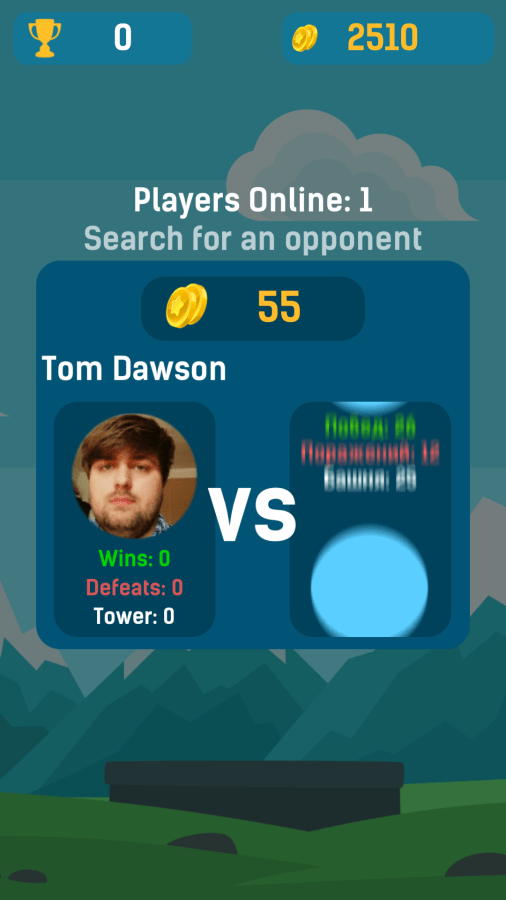 The rules here are pretty simple, and all users need to do is to choose and place a stone within the 30-second a turn tim limit. The game is over when the tower falls during a player's turn. 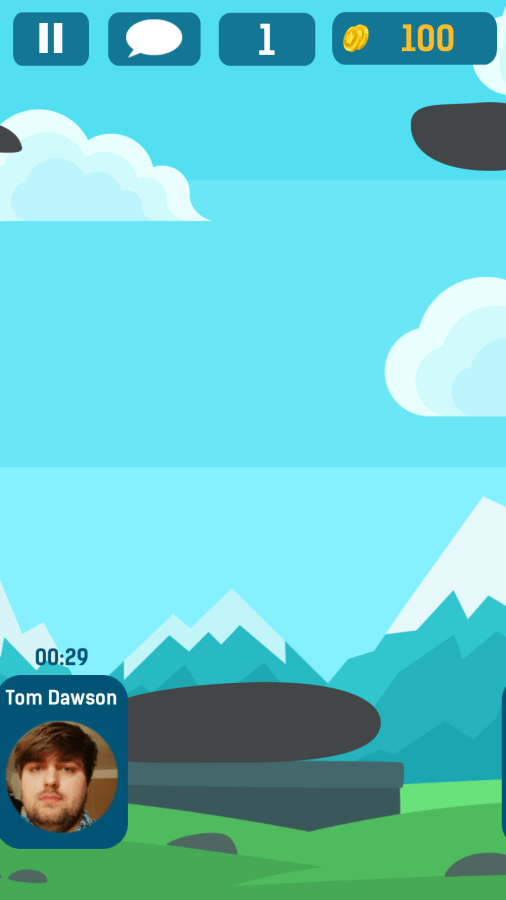 Multiplayer can, at times be a lot more fun than single player, because while playing alone allows players to challenge themselves to create ever-taller and complex towers, multiplayer often ends up with more precarious towers a lot sooner than otherwise, and ends up with each player trying their best to scupper the other. 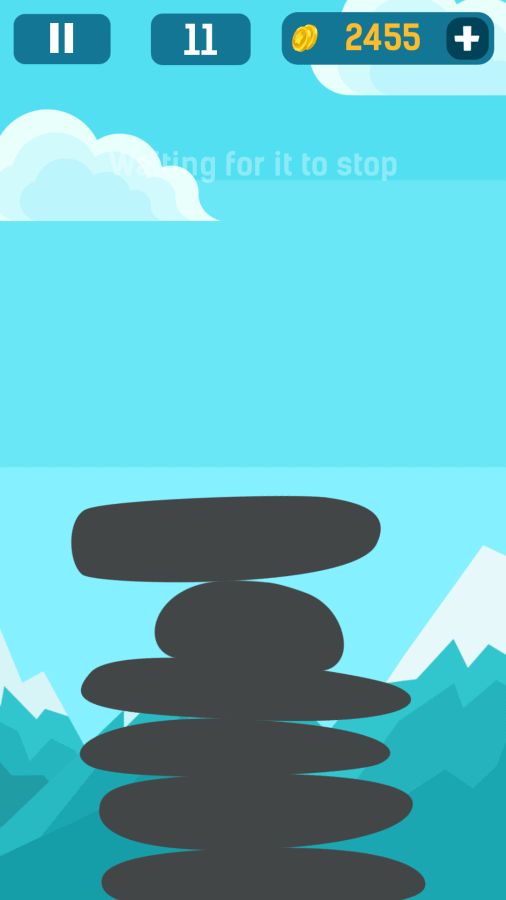 Depending on how cautious and how patient you are, multiplayer matches can last as long as a game of chess or end up being smaller games of skirmishes. 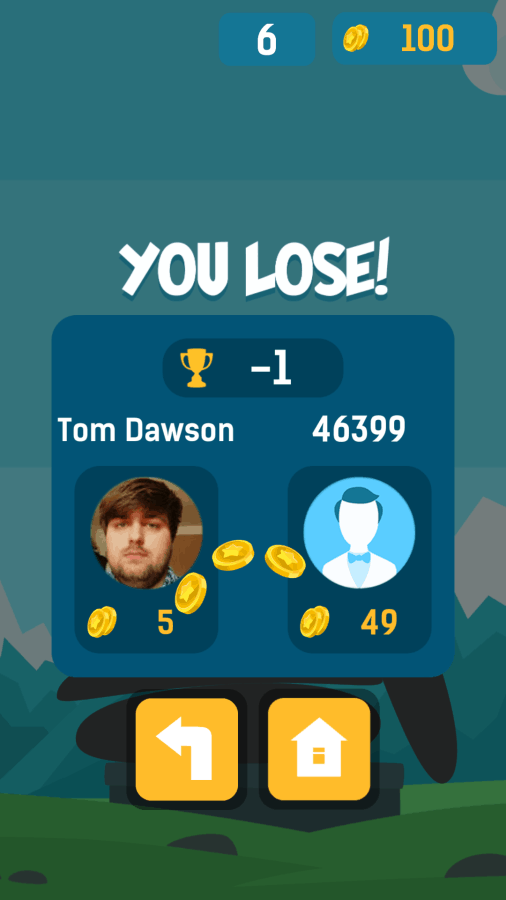 When you lose a game online, Stone Tower will end up giving some of your coins to your opponent, and these coins can of course be topped up with in-app purchases from the main menu. 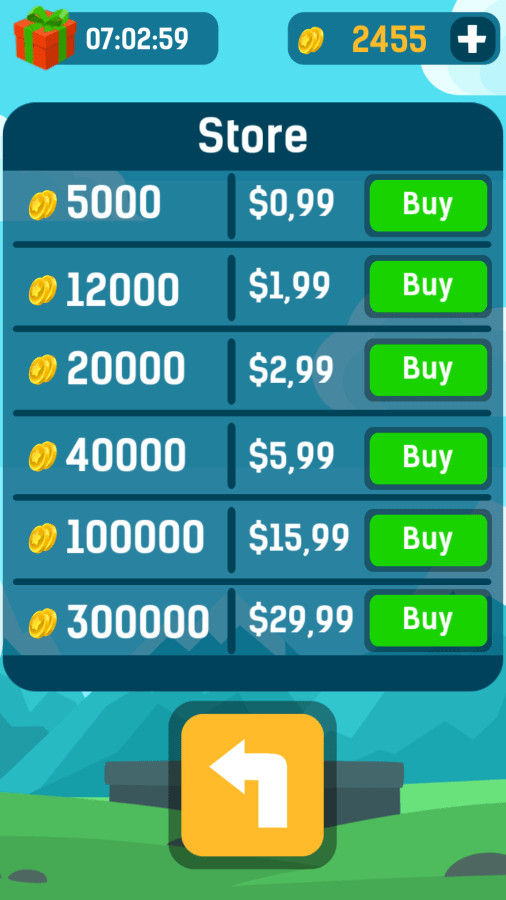 These coins are also given out by bonus spins and such, and also allow players the chase to remove their last stone and get back on track after adding one more stone to the top of a pile. 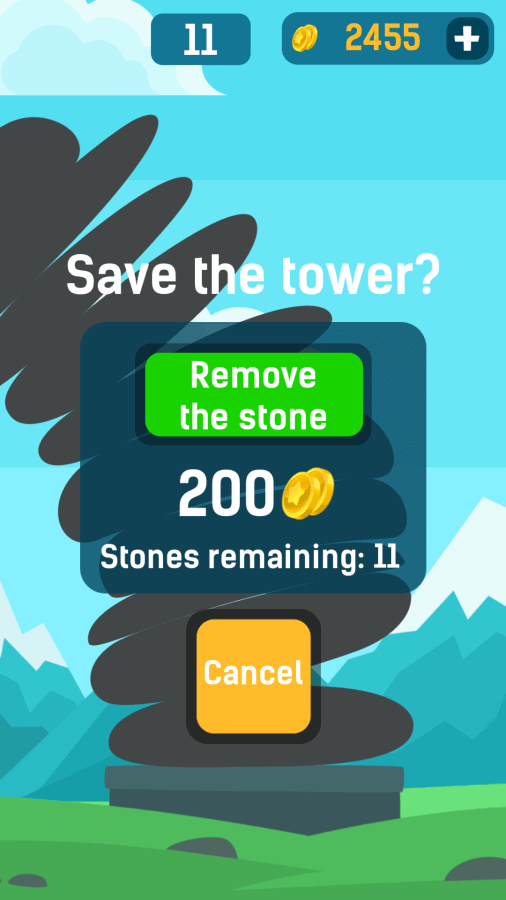 After spending some time with the game, I can see why Stone Tower will appeal to a lot of different types of players out there. When it comes to those looking to unwind and relax with a fun – yet challenging game – they can choose to play in the single player mode and test their mettle and resolve. Seeing how tall and complex a tower you can make, and then take risks with ill-advised stones placed on top of them is more satisfying than you might think. Players looking for something a little more exciting can play 1-on-1 against other players to see just how good they are at carefully placing more and more difficult stones for their opponents to deal with. This is something that a lot of players will really enjoy, and while the coin system seems a little redundant at first, it makes perfect sense in multiplayer and adds a further layer of competitiveness to the game overall.

All-in-all, Stone Tower is a game that's a lot of fun and has a lot to offer many different types of users. Fans of Chess as well as puzzle games will really enjoy the game and the ability to take things at their own pace, but those looking for some excitement will definitely get just that in the multiplayer game mode. With a good look and feel to it, Stone Tower is a breath of fresh air in overly-complicated games that try to do too much.