Monster Town is an Android game that puts players in control of a young boy that wishes to find towns filled with challenging monsters to defeat. In terms of gameplay, Monster Town is a puzzle game that also features some light RPG elements to it. Players need to match long strings of certain elements together in order to do damage to the monsters seen at the top of the display. Choosing which element can deal the right amount of damage to which sort of monster is a key part of the game, and choosing different weapons from your backpack – as well as unlocking more – will help players to defeat these monsters. There are different areas found throughout the game, and players progress from one level to the next with boss levels and unlockables in between.

Players will need to download Monster Town from the Play Store, once installed they can just launch it like any other game. A small additional file will be downloaded alongside the game as well. 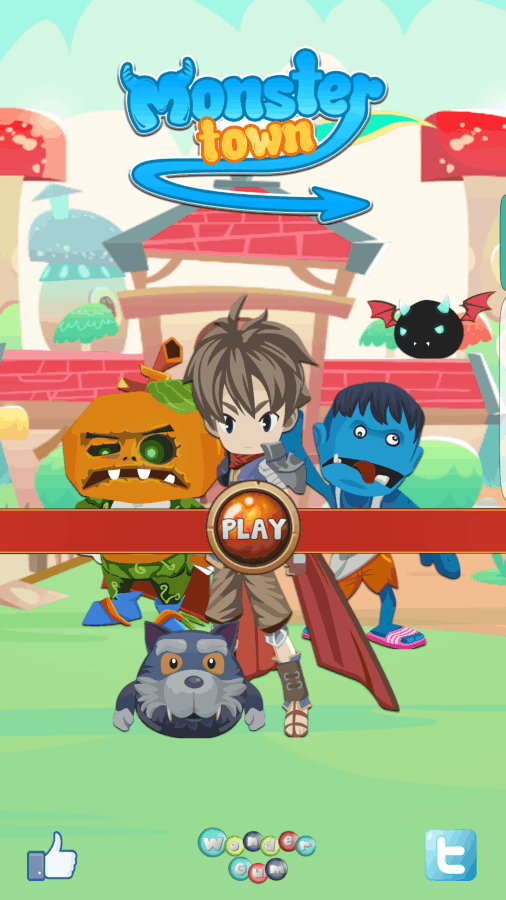 There's a quick and easy tutorial to follow for new players, one that doesn't take too much time, which is always a bonus. 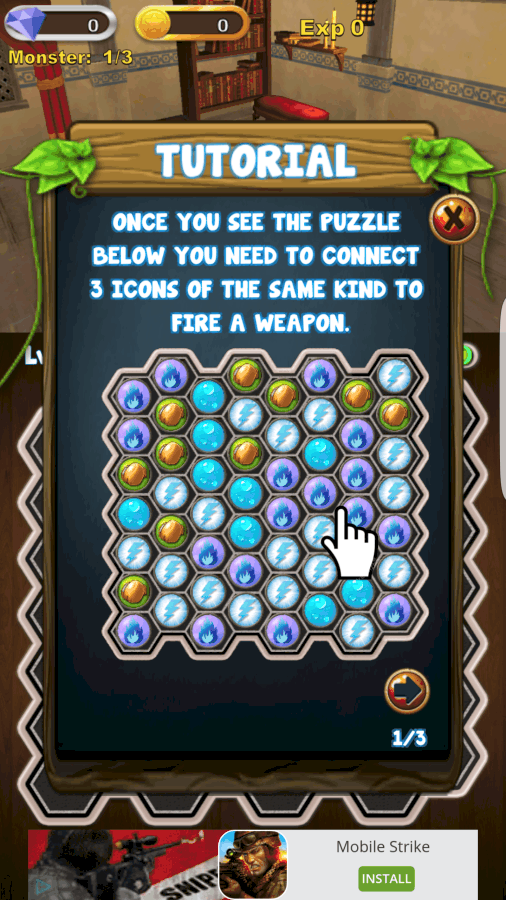 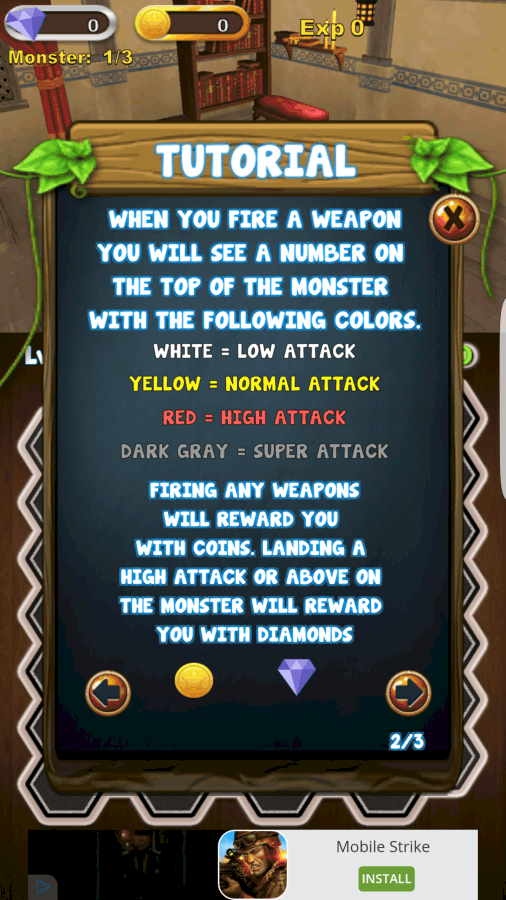 Playing against the first few monsters is fairly simple, and what the still images here won't do is show off the fluid animation and depth that the top-half of the display gives off. 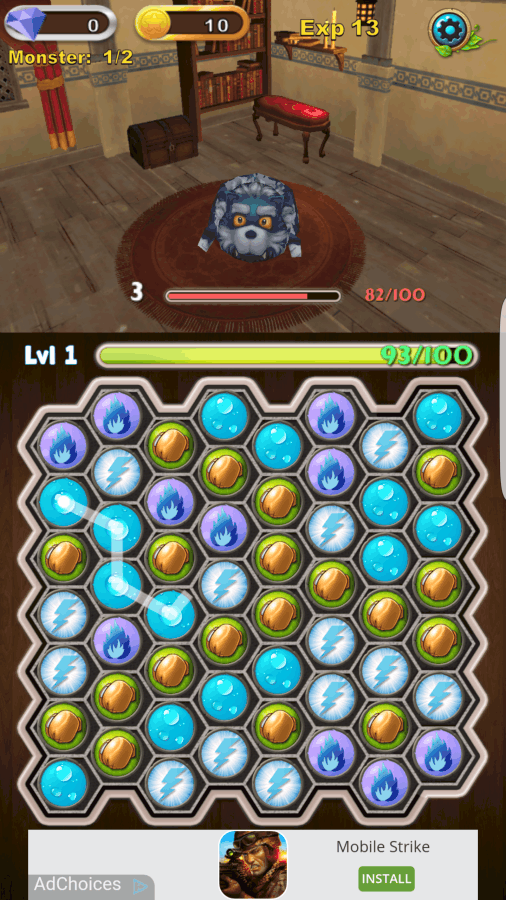 In the above shot, we can see that I've chosen more than a few of the water gems to attack the monster with, and that's all there really is to the game when in-play, you just need to choose these gems and then damage will be dealt to the monster. Sometimes however, you'll have to adjust what sort of gems you've been using because different monsters will take different amounts of damage. A key to changing tactics is selecting different weapons from your backpack. 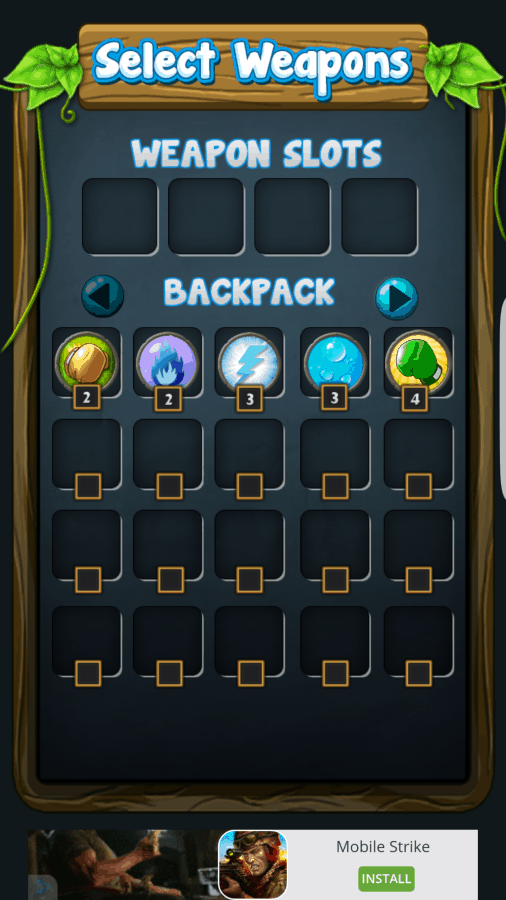 Players can unlock more weapons from the in-game store, which only uses in-game currency, and like the game says there's no need to spend money on in-app purchases here. 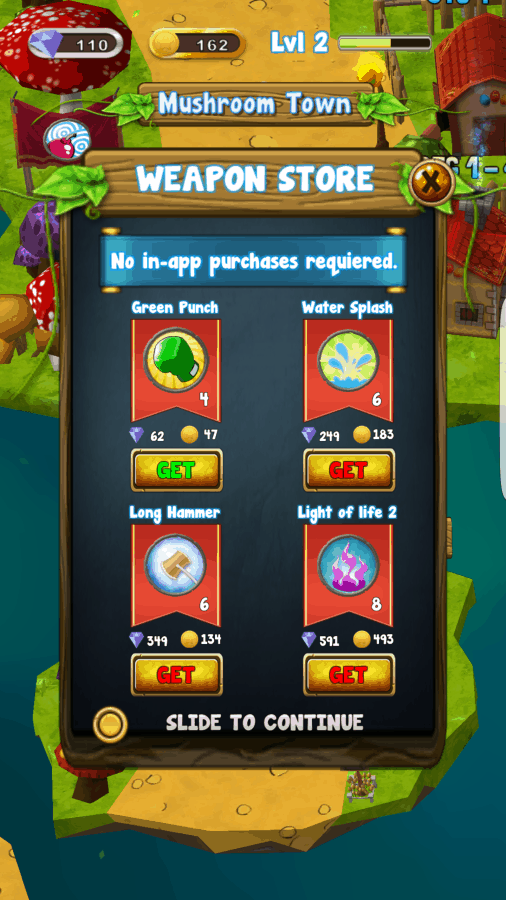 Each level is houses on a different little island of its own, and if you scroll around this view, there are even secret boss stages to find. 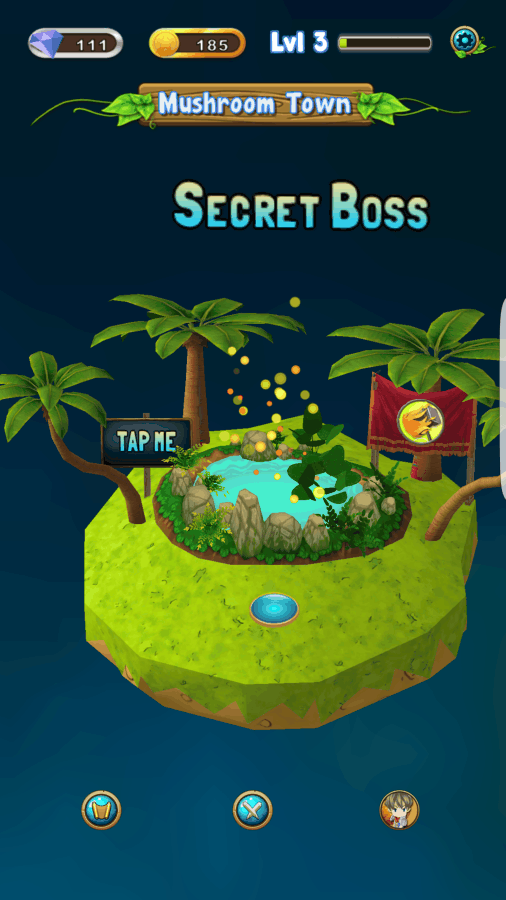 Each one of these environments have a different look and feel to them, as well as different music too, something I enjoyed as a nice change from zone-to-zone. 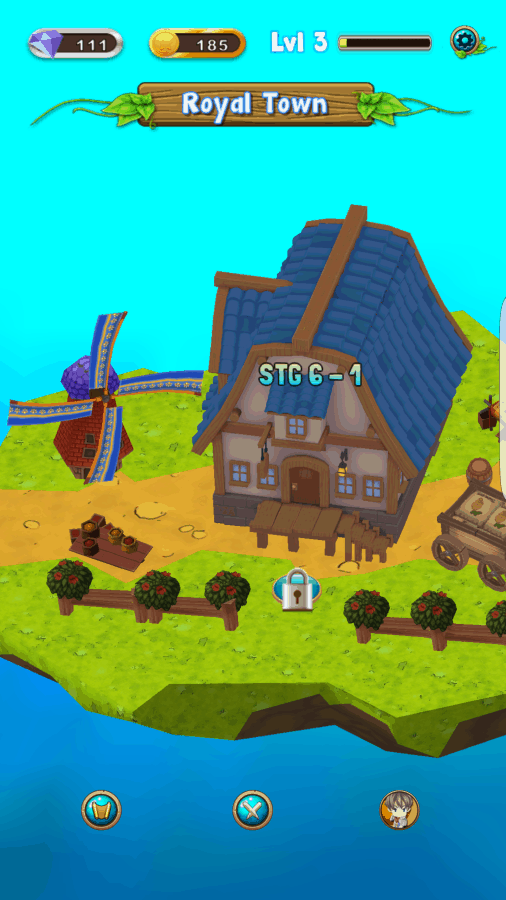 There's a wide variety of different monsters to tackle in all of these different environments, too which helps to keep the game feeling fresh. 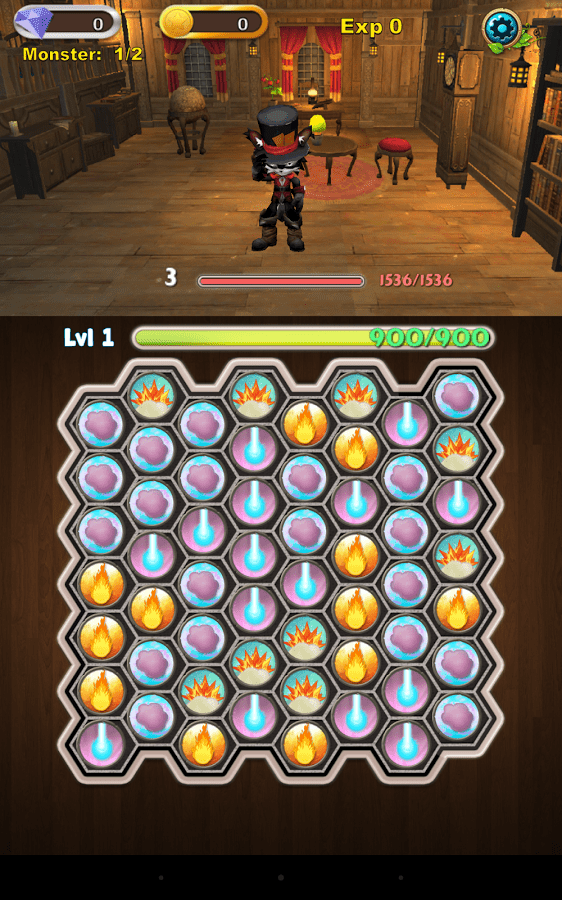 As we can see, the gameboard can change dramatically depending on which sort of weapons you choose to head into battle with, and the 3D environments for each level also changes as well. With so much available here, it's a wonder that someone could complete the game, especially when some of the boss battles are really tough. 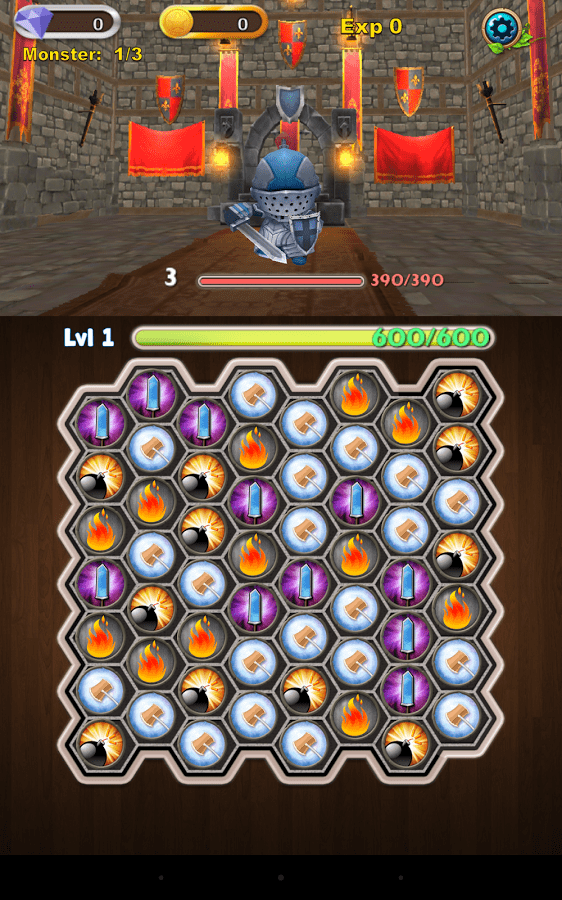 After spending some time playing Monster Town, I have to say that this is a game that will appeal to casual gamers, but not those looking for a true RPG or true puzzle game. That's okay though, because the laid back appeal of the game, with its simple controls and few mechanics to understand make Monster Town a game that's accessible and easy to pickup and play no matter where you are. It's great for tablets as well as smartphones, and while the constant ads on display might be an annoyance, it's refreshing to play a game that's good fun and one that doesn't ask for in-app purchases for game currency and so on. There's a lot of different monsters to go up against, and in general the game is a whole lot of fun, even if it could be considered a little basic by some more advanced sort of players. For an app that's been developed by just one person, there's a lot of charm here and it all comes together nicely.

Monster Town is a good game, and while it might not be something recommended for hardcore puzzle players and fans, that's not a problem as it means that the game is accessible as well as easy to play. From a one-man band developer, there's so much on offer here it easily goes up against bigger games with bigger budgets. With many similar games available in the Play Store, this might not stand out too much, but with some pretty great 3D graphics and easy gameplay, this will find its followers, and so it should.