MotorCo’s GPS Guide to DisneyWorld is an interactive tour guide to the Disney World resort in Orlando, Florida. It’s packed with information about all of the major rides and attractions at the park, and it also features directions to and from each of them, making it a simple and easy-to-use app to make the most of your trip while at Disney World, Florida. This GPS guide covers major rides and attractions such as “Under the Sea”, “Space Mountain”, “Cirque du Soleil”, “Swiss Family Tree House”, “China Pavilion”, “Twilight Zone Tower of Terror” and many more. Resorts covered in this guide include highlights such as “Disney’s Grand Floridian”, “Caribbean Beach Resort”,  “Old Key West” and more. With no ads, pop-ups or pesky in-app purchases, GPS Guide to DisneyWorld seems like the perfect companion app to a trip to Disney World, let’s see if it is.

First thing’s first – either before or after you get to Disney World, Florida – users will need to download GPS Guide to DisneyWorld from the Play Store. Users will have noticed that this is not a free application, but considering that the app doesn’t offer up any in-app purchases or ads of any sort, it’s a small price to pay for an app that will just work whenever you need it.

There are a number of ways to use GPS Guide to DisneyWorld, one of which is looking through the catalogue of resorts and attractions that Disney World, Florida has on offer. 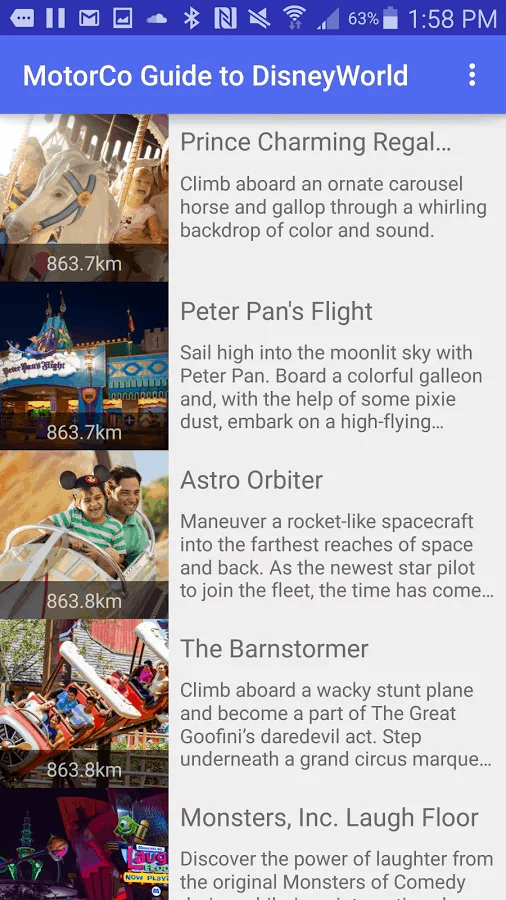 As you can see, each of the rides or attractions has a small picture next to it to help users get a feel for what it is and what to expect. Key to the app is also an overlay on the small image that displays how far away the ride or attractions is. Choosing one of these entries will of course bring up more information as well. 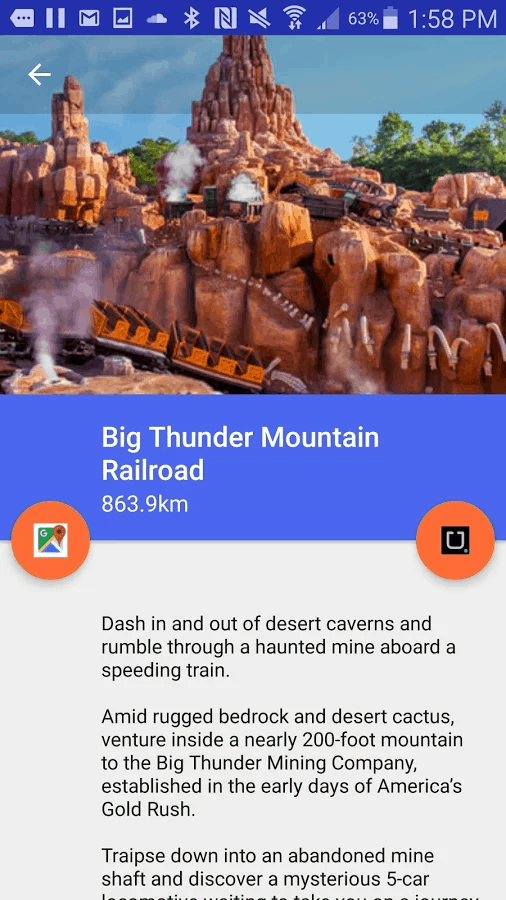 Each of these listings contains some description about the ride as well as two handy links either side of the display which will take users to either Google Maps or Uber. Both of these are pretty handy making your way around an area that is as large as Disney World, Florida and the surrounding areas. 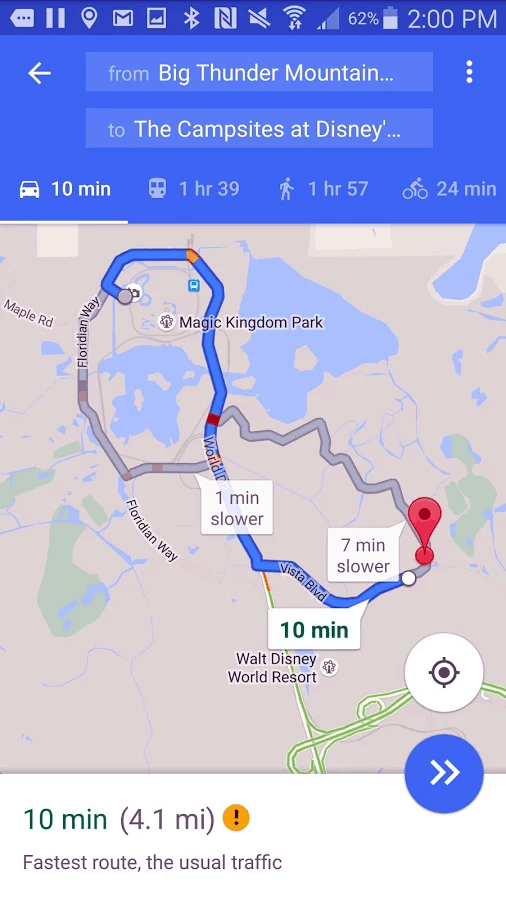 Something that I thought was nice about GPS Guide to DisneyWorld was that the app works well on tablets, too. Many kids and families have a tablet or two to stay entertained on the move or in place of a laptop, so it’s nice to see this app utilize the extra space. 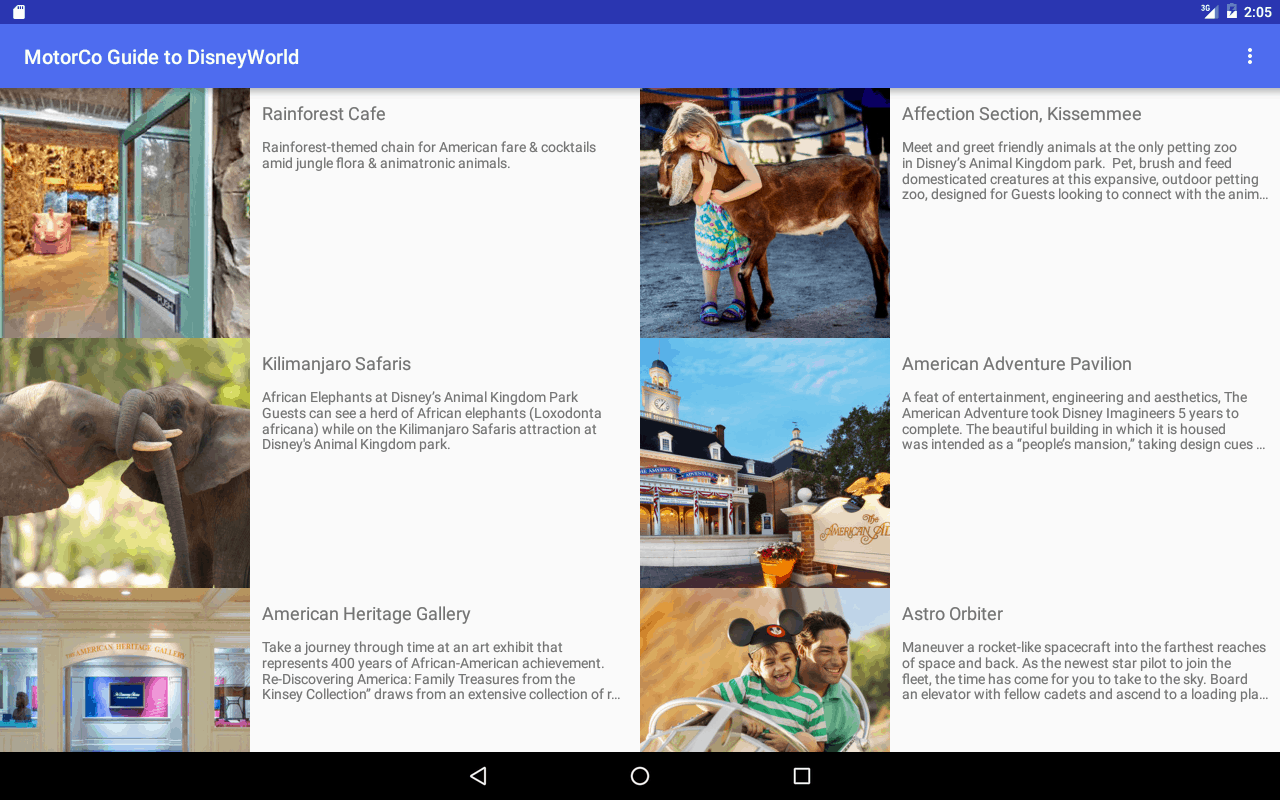 The tablet view can also be used to read more about a particular attraction or ride, too: 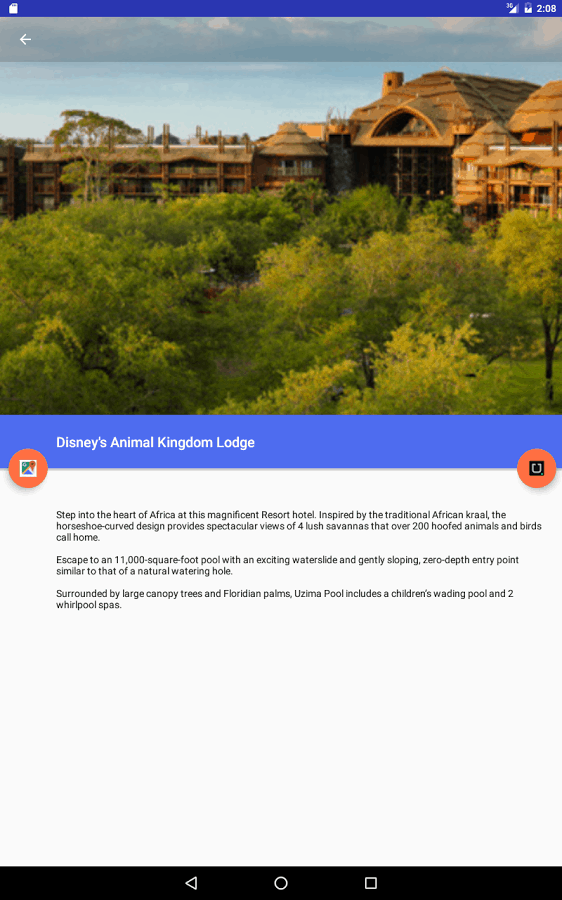 Those looking to better see where they’re headed and how to get there can also use their larger-screen tablets to get a clearer view of a map of the area that GPS Guide to DisneyWorld provides as well. 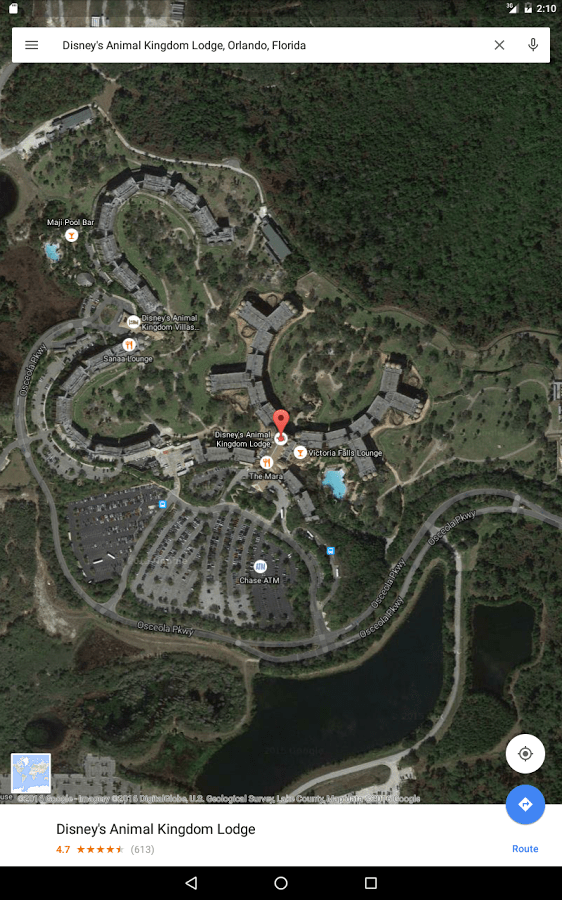 What I liked about GPS Guide to DisneyWorld – as well as the other GPS guides that MotorCo has to offer in the Play Store is that it’s more of a tool to be used however you want to. The developers didn’t have some sort of grand plan in place of how it should be used or anything like that, but just created something with all the necessary info to make a trip easier and more efficient. Spending time in a place that has as much to offer as Disney World, Florida can be daunting, even more so if you have kids of different ages and tastes to juggle as well. It can be difficult to fit everything in to a day, but with GPS Guide to DisneyWorld it’s easy to see how far or how near you are to something else, and it makes a lot of sense to plan days out using such an app. It might be considered pricey for some, but without having to worry about pesky in-app purchases or any ads, it’s a very small price to pay for an app that will let you use it how you see fit.

For families that have never been to Disney World, Florida GPS Guide to DisneyWorld is a great app to help them find their way around and also help them to make the most of their time there. Especially handy for those with kids of different ages and tastes, this is the sort of app that most parents should have on hand to ensure that they know where they’re going and how close everything is to other key attractions and rides.