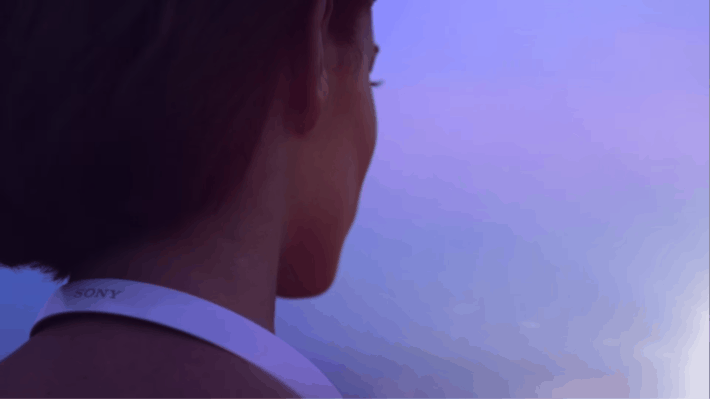 Sony is a company known for audio, having a long history in the consumer electronics market offering a collection of different products over the years. More recently Sony has been conducting experimental research into newer products as part of their Future Lab division, and their first product to show off is a pair of Bluetooth headphones called Concept N on display at SXSW, a pair of headphones which take on the form of a neck band like design and actually don't touch the ears at all, but instead use multi-directional speakers to push the sound towards your ears without having to wear a traditional pair of headphones.

With no earbuds or pads inside or over your ears, Sony's Concept N design allows the headphones to relay sound to the wearer while still allowing the ability for selective background noise to come through. The idea is not too unlike the passive audio feature called Audio Transparency found on the Bragi Dash, which allows the wearer to amplify the ambient noise around them without having to take out the headphones. Although Sony's design is not fitted inside of the ear, the idea is more or less the same and is meant to give the capability for listening to music while still being able to hear other noises around you. Those noises might be traffic if you're running or cycling on the road or it could just be other people around you that you're having a conversation with.

Should wearers want to listen to the headphones like a regular pair, Sony offers a connectable set of in-ear buds that link to N but instead of a traditional bud, are actually a set of cone-shaped rings that fit in the ear and communicate the audio while still allowing for the noise to filter through at the same time as music or any other audio that's playing. More than just audio, Sony has fitted the Concept N headphones with a camera which is capable of accepting voice commands from the user when referred to as Arc, making it more of a smart wearable instead of just a pair of more advanced headphones. Sony hasn't yet confirmed any exact details on a launch for Concept N or what it will be called when they're ready to launch, nor have they stated if Concept N will actually make it to market, but their Future Lab page displays the Summer of 2016 as a potentially available date.