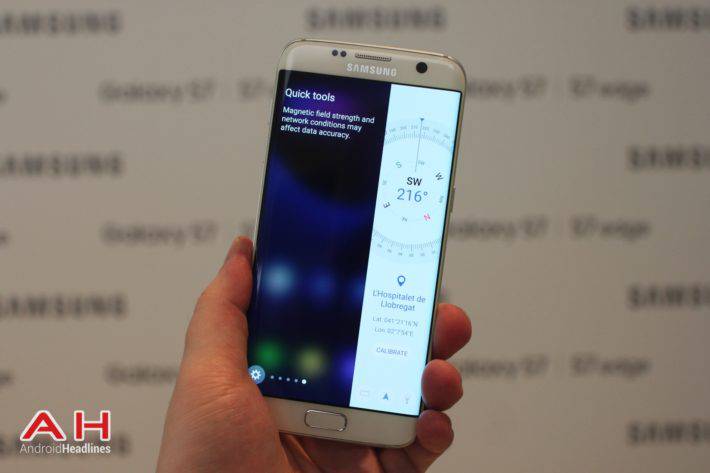 Although LeEco may have held the distinction of creating the first commercially available smartphone to boast Qualcomm's newest Snapdragon 820 processor, it didn't have the international clout to make the device a worldwide success. Samsung, on the other hand, is in the process of launching their flagship Galaxy S7 and Galaxy S7 Edge smartphones the world over and is already seeing huge preorder numbers, great reviews and more than ample returns on their more than ample marketing efforts. At the heart of those two flagship siblings lies Qualcomm's Snapdragon 820, successor to the infamous Snapdragon 810. After overheating issues earned the Snapdragon 810 a chilly reception, the 820 was a welcome return to form for Qualcomm. The fine folks over at XDA Developers tested an Galaxy S7 Edge unit alongside a few other high-end mobiles to see how the Snapdragon 820 inside the Galaxy S7 Edge, with all of Samsung's software and hardware tweaks, held up against the competition and against itself.

The phones involved were the Galaxy S7 Edge, a Samsung Galaxy Note 5 packing Samsung's own Exynos processor, an Apple iPhone 6S Plus packing Apple's latest homegrown processor, a Motorola Moto X Pure with a Snapdragon 808 beating inside and two Snapdragon 810 entries to round out the pack; the much-lauded Huawei Nexus 6P and the controversial HTC One M9. Over the course of repeated tests, the Galaxy S7 Edge managed to hold its own on both the single-core and multi-core CPU tests, but the graphics processor began to peter out a bit with repeated testing. The XDA crew didn't notice anything amiss in the graphically intensive interface of the Gear VR, so it's hard to say if mobile gamers should beware. The Snapdragon 820 did stay true to its promises of around 40 percent better graphical performance compared to other chips on the block, but not once the GPU throttled. On the heat front, the Galaxy S7 Edge mostly kept its cool, getting a bit hot under the collar in some tests, but nowhere near the level that the 810 was infamous for. Even with multiple tests, the S7 Edge was easily able to keep ticking.

They did notice the UI bog down a bit, including some instances where the performance monitor indicated all was well while they were unable to interact with the phone. Lags of a few seconds at times were present in the camera app, as well as framerate drops at certain times. With the processor and GPU still showing that they were firing on all cylinders, it's hard to tell if these were due to driver hiccups, or due to Samsung's TouchWiz skin, which is notorious for being on the heavy side when it comes to resource consumption. Overall, however, the Galaxy S7 Edge managed to handily beat all of its competition and give the iPhone 6S Plus a big bite of humble pie until near the end of the GPU testing where they tied. It's hard to say how the 820 may behave in any other phone, but it's safe to call it flagship material in the Galaxy S7 Edge.