For the Galaxy S7 family, both models can use a card of up to 200 GB in capacity. However, Samsung have come under some criticism for preventing the device from bundling up the additional storage provided by the MicroSD as adopted storage. This is a software trick that tells the Android operating system to consider the MicroSD card to be a part of internal storage, which means a low storage device can quickly and easily be upgraded to include a lot more space. The feature was likely introduced to support customers with an Android One device, which typically came with just 4 GB of internal storage. Both LG and Samsung decided that they would not permit their flagship devices from using the MicroSD card slot as adopted storage; in the case of Samsung, because having a removable card considered part of permanent storage space on a device would likely be confusing for customers. Another reason is almost certainly because MicroSD cards are considerably slower than internal memory chips, especially Samsung's current generation ultra-high performance memory units. Nevertheless, with most regions only getting the 32 GB variant of the Galaxy S7 and with the operating system and Samsung's applications taking up 8 GB of this, it only leaves 24 GB of internal space. We've seen reports that the initial set up for at least one user took the amount of free space to below half.

24 GB is considerably more than a low-end Android device, however some customers will always demand more – especially when a collection of modern games will easily use multiple gigabytes of space. Luckily, Samsung still allow customers to install applications on the MicroSD card rather than internal memory – not all applications may be run from the MicroSD card and some might be slower depending on how large and sophisticated they are, which could be more obvious on the high performance Galaxy S7's hardware. However, the additional space should certainly help customers! 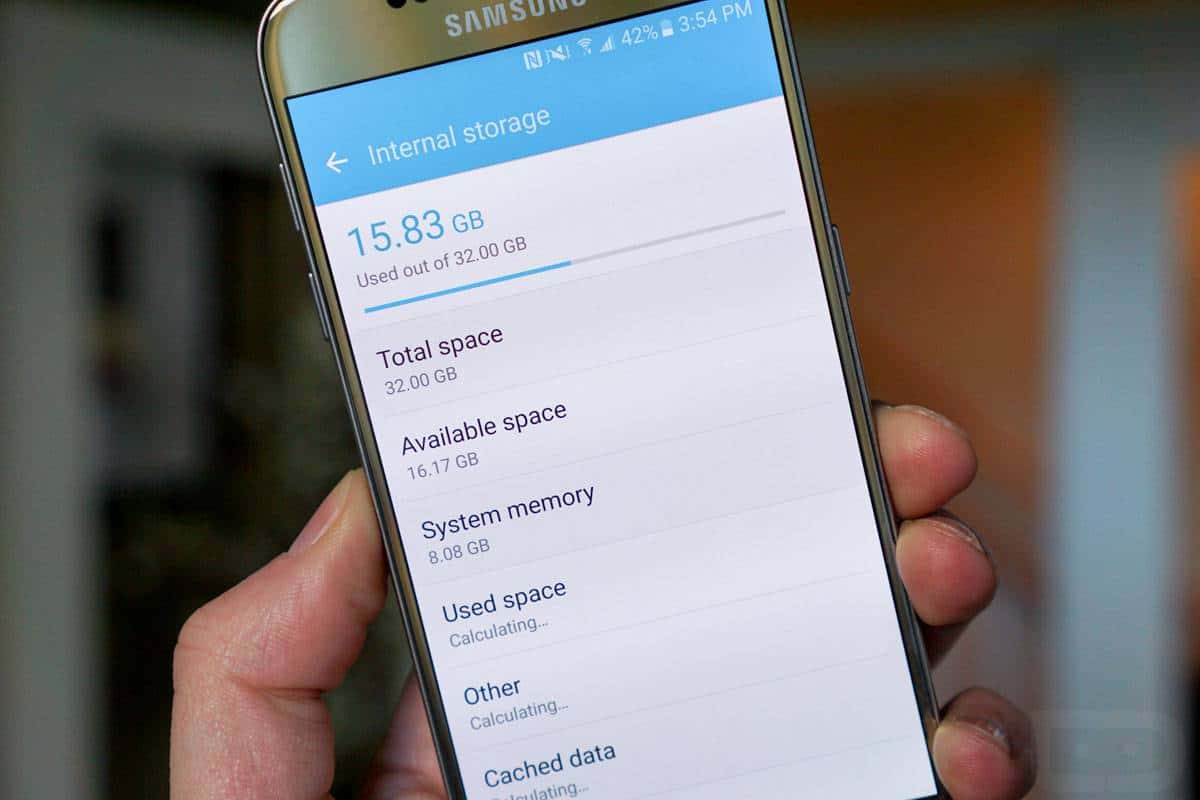