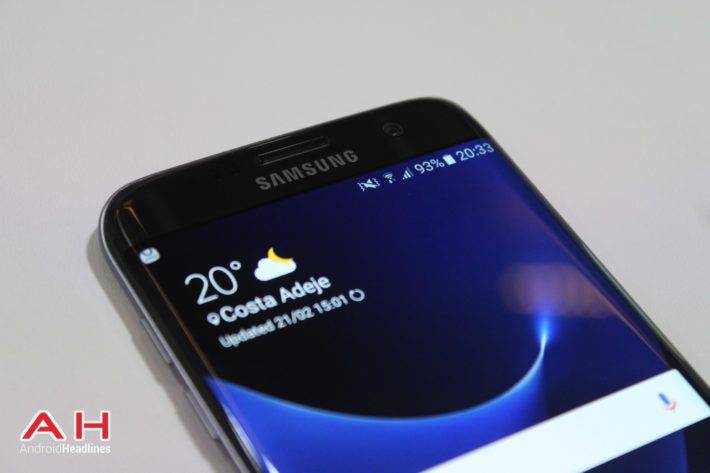 Samsung's latest and greatest, the Galaxy S7 and Galaxy S7 Edge launch all over the world this week, and while many have already pre-ordered some are still undecided. Incentives such as a free Gear VR headset practically everywhere the Galaxy S7 line is being sold has no doubt helped sway potential customers. For those that are still on the fence in their home market of South Korea, Samsung is taking a similar approach to try and get them to sign up for the new Galaxy S7, while also locking them into future releases from the firm. As we've seen elsewhere, the South Korean giant will start an upgrade program later this week when the Galaxy S7 and Galaxy S7 Edge go on general sale on their home turf.

As they have done in the UK, Samsung will be offering customers in South Korea a way to upgrade to the next greatest Galaxy smartphone after a year is up. How this will work is through a monthly subscription fee of roughly 7,700 Won (around $6.35 or so) and users will be able to upgrade to the next Galaxy S device 12 months from their initial purchase. They'll need to pay for the Galaxy S7 to get things started, but at the end of the 12 months they can choose to trade-in their old device, and with the help of their monthly payments, walk away with a new Galaxy S8, for example. It's unclear as to whether or not this will appeal to the Galaxy Note line as well, but as the Galaxy S7 has just launched alongside this new program, it's unlikely. However, the Galaxy Note line could be added later this year when they launch the latest model.

Upgrade programs like these are ways for big-name brands like Samsung to further control the market, and on the face of it they're also quite good for the customer, too. Those that are familiar with the Galaxy S line of devices are more likely to stick with Samsung's flagship line, and making it easier to do so will certainly have its fans. For Samsung though, this is a great opportunity for them to get the Galaxy S7 off the ground as well as lock-in potential loyal customers.