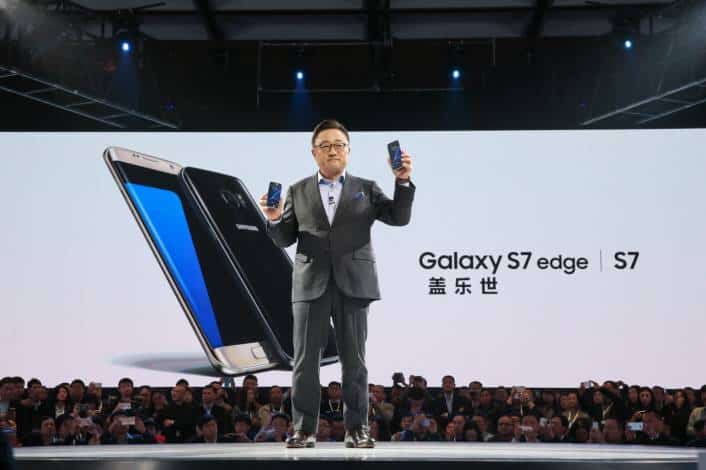 Samsung Galaxy S7 and Galaxy S7 Edge have been announced last month during the Mobile World Congress (MWC) in Barcelona. Some carriers have already begun shipping these two handsets to consumers who pre-ordered them, but the devices will not officially go on sale until March 11. That being said, it is worth mentioning that Samsung India launch event invites surfaced yesterday, and it seems like Samsung plans to introduce their new flagships in India later today. While we're waiting for that to happen, the company has opted to introduce the two devices in China, read on.

The company has introduced their new flagships in the largest smartphone market in the world, China. Interestingly enough, Samsung is offering early adopters in China 20% off if they purchase either of these two smartphones. As you probably already know, in other regions Samsung has bundled in Gear VR headset along with the Galaxy S7 and Galaxy S7 Edge devices, and a specific number of people who pre-ordered either of the two devices were eligible to get the Gear VR. Well, Samsung has opted to change the game in China, and some consumers might appreciate that, not everyone is interested in the Gear VR, nor find it that useful. Is this Samsung's way of regaining some of the market share in China? Well, it is possible, this Korea-based company has been losing market share really fast in China, we'll see if this will help them regain a piece of it. Now, as far as the price is concerned, the Galaxy S7 and Galaxy S7 Edge are priced at 4,888 Yuan ($750) and 5,688 Yuan ($873) in China, respectively. Keep in mind that this is the 32GB storage variant of the Galaxy S7 and S7 Edge, and that these are non-discount prices, the two phones come down to 3,910 Yuan ($601) and 4,550 Yuan ($699), respectively.

Samsung has opted to introduce the Snapdragon 820 variant fo the Galaxy S7 and Galaxy S7 Edge in China, not the Exynos 8890 variant. These two devices both sports QHD Super AMOLED displays, though the Galaxy S7 features a 5.1-inch panel, while the Galaxy S7 Edge ships with a 5.5-inch display. The 12-megapixel 'Dual-Pixel' camera is placed on the back of these two phones, and Android 6.0 Marshmallow comes pre-installed here with Samsung's TouchWiz UI available on top of it. Both of these devices ship with 4GB of RAM, and are made out of metal and glass. If you live in China and are interested in either of these two devices, follow this link.