This time of year April Fools is in full swing and in the tech industry that means that some of the biggest companies tend to joke around a bit by advertising some downright silly products that are quite obviously not realistic. Razer for example, which is best known for their work in the gaming peripherals market, had announced a “highly sought after” product called the Razer Breadwinner, which was essentially a toaster. Although April Fool’s Day isn’t technically until April 1st, a handful of companies have started the comical holiday off a little bit early. Samsung is one of those companies as they announced earlier this morning a line of smart clothing.

Called the “Internet of Trousers,” Samsung’s smart clothing is a pair of pants, or rather jeans based on the image, that has a plethora of ridiculous features that you would never find on a pair of pants. The first and seemingly most obvious outrageous feature is the “W-Fly,” a functionality powered by Samsung’s ZipARTIK module which alerts users when their zipper has been “unzipped” for longer than a three-minute period. While this is just a joke and not something that any company would truly offer, it’s hard to argue the fact that there are probably legions of people that have suffered from such tragedies as an open fly.

Other notable features of Samsung’s Internet of Trousers pants are the “Keep Your Pants On Mode,” a feature meant to help people keep their cool with alerts that guide you into knowing when it’s probably not the right time to take your pants off. Another feature, dubbed the ‘Fridge Lock Mode’ helps people from overeating by sending signals to the fridge that lock it, thus preventing it from opening. Samsung states that the only way to open the fridge after this mode has been enabled is with the assistance of  a significant other or trusted family member, like your mother. Lastly, the Internet of Trousers pants have a built-in feature to alert users to be more active. The “Get Up! Alert” mode sends an alert to users when they need to get up and move around after prolonged periods of inactivity, which is quite funny since activity and fitness trackers actually already do this. 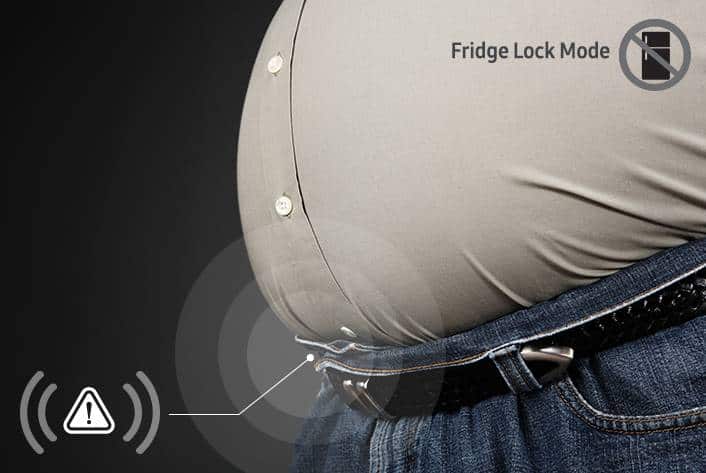