According to a post on Chinese microblogging site Weibo on Monday, Xiaomi is apparently working on a smartphone with a 4.3-inch display. The device is reportedly named Xiaomi M2 SE, but whether that will indeed be the final commercial nomenclature for the phone remains to be seen. If the leak turns out to be valid, the M2 SE will be Xiaomi's smallest-ever smartphone with a screen real estate of just a 4.3-inches. Xiaomi's most pocket-friendly current-generation phone, the Redmi 3, comes with a fairly large 5-inch display. Although the rumored Xiaomi M2 SE is set to be the smallest-ever in Xiaomi's history, the post indicates that it will, by no means, be an inexpensive device as the rumored hardware specs indicate it will be a fairly powerful smartphone in its own right.

Coming to some of the hardware that may be found on the upcoming device, it is said to feature a 4.3-inch 720p display panel and sport the top-of-the-line Snapdragon 820 chipset from American chipmaker Qualcomm. It will also reportedly come with 3 GB of RAM and 32 GB of storage and have a fingerprint scanner as well. As for the cameras, the device will sport a 13-megapixel Sony IMX258 sensor with OIS (Optical Image Stabilization) on the back, but there's no word on the specifications for the front-facing selfie-cam. The battery will be a 2,350 mAh unit that will support Quick Charge 3.0 technology, thanks to the presence of Qualcomm's latest chipset. The poster also says that the phone will be launched in June and will be priced at 1,799 Yuan ($276) in China.

While there's no way at this stage to either confirm or deny the leak, the idea of Android OEMs starting to launch small handsets with powerful hardware cannot be ruled out entirely, seeing as Apple has already introduced an all-new 4-inch smartphone with high-end hardware. However, it still remains to be seen whether there will be large enough market for such products, seeing as smaller screens have mostly been a factor of lower prices in the world of Android smartphones till now. Either way, as and when we get new information regarding the rumored Xiaomi M2 SE, we will be sure to pass them along. 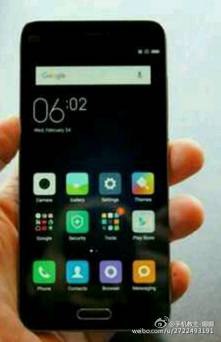