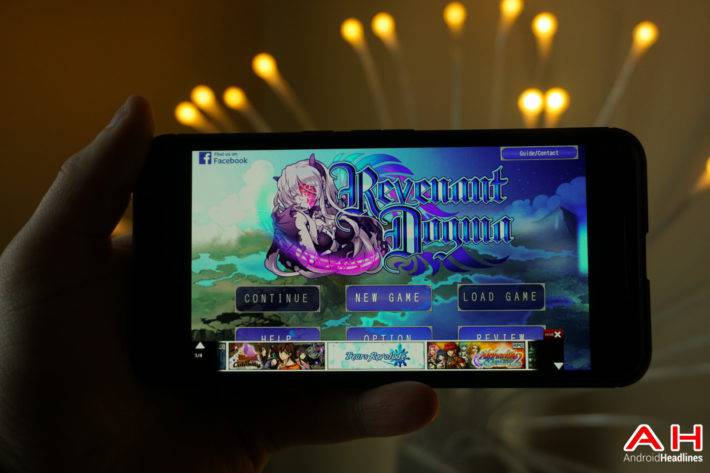 Those of you that like role playing games or RPG's, you'll definitely love playing RPG Revenant Dogma. This is a free game. This is a 3D battle RPG available for Android. In the game, Caine – the character you'll be playing as – enters a ruins site in search of a feral relic which has been said to have been left behind by the gods and meets a mysterious girl in a mask. The encounter is a bit strange and becomes the catalyst of a grand scheme, which will then change the world.

Included in the game are some dynamic battles, which gives you an experience of ambience featuring Transformations that enable various skills as well as bursts that can deal some pretty massive damage to your enemies. Your weapons in the game are able to be customized for stronger attack power or imbued with various effects. There are also some forged weapons that are also able to be sold for gold or broken down for reinforcing material, and finally, you'll be able to utilize weapons effectively which will be monumental in your adventure. It is rated Teen, likely for the graphic violence that is included in this game. Speaking of graphics, they are pretty spectacular for a game that is available on a smartphone.

The Revenant Dogma game is a great game to pick up. While it is free, the developer does say that you are able to play the entire game without buying a single in-app purchase, there are still some in-app purchases available. These items start at $0.99 and range on up to $19.99. It's definitely great that you can play the game without needing to buy anything, something you can't say about every other game available out there right now. RPG Revenant Dogma is also a great game to play because it features Google Play Games support. Allowing you to go ahead and climb the leaderboard against your friends and gather some achievements while playing. The RPG Revenant Dogma is supported on Android 4.0 and above, which should be just about everyone using an Android device these days. You can pick up the game from the Google Play Store now.