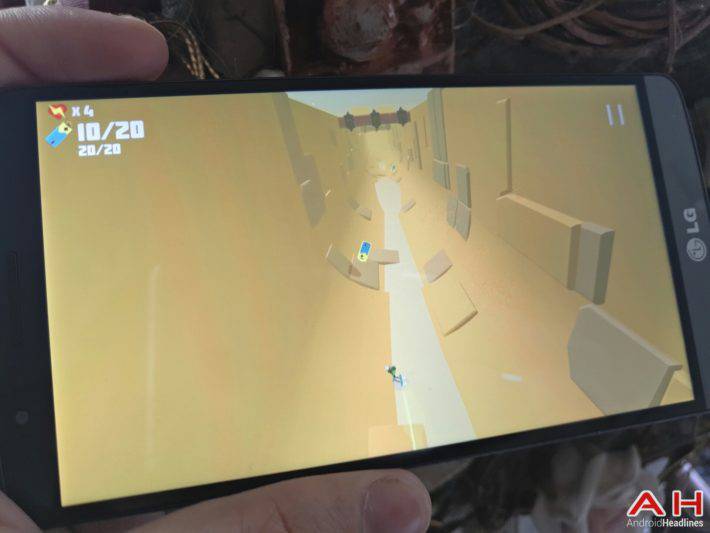 Most of you are probably browsing through the Google Play Store looking for new and exciting apps quite regularly. Even though Google's app store is full of interesting applications, new ones keep on coming on a daily basis, and some of them are quite compelling. I do find myself stumbling upon interesting games, more than apps lately, though, like the one I've come across recently, read on.

The game in question is called 'Power Hover', and it's quite simple, and yet addicting. This is actually an action game, and believe it or not, you're playing as a hoverboarding robot. Sounds interesting? Well, ti is. You'll need to control your hoverboard in order to avoid all kinds of obstacles on the way, and collect energy at the same time. There are tons of levels included, and they're not all that repetitive, which is great. The developer has also included a storyline here, and it includes interactive cutscenes. Boss levels will certainly keep you occupied, and you can compete with your friends or other people as well. Now, as for the graphics, it's actually kind of interesting, and at the same time perfect for such gameplay. The developer calls this 'pseudo-low-poly' art style graphics, and in lack of a better term, there you have it. It's kind of hard to explain, you really need to watch the embedded gameplay video and images in order to get a better idea of what this game is all about and how it looks.

The 'Power Hover' is free to try, but you'll have to pay if you want to play the whole game. The first chapter is free, but you'll need to pay up in order to unlock two more chapters with 14 levels inside each of them. The developer has promised more content will be added to the game soon, the fourth chapter is on the way. This game currently holds 4.1-star rating in Google Play, and people seem to like it. If you're into such games, it doesn't cost you anything to try out the game, right? Well, you can do so by clicking the Google Play banner down below.