Do we have a good one for you today – we look back at the Samsung Galaxy S6 Edge and see how it stands up to the new Samsung Galaxy S7.  It was with the Galaxy S6 series last year that Samsung did a total redesign of their 'S' series – yes, it is still the familiar rectangle that all smartphones are these days and even though it is made out from completely new materials, it still has that 'Samsung' look.  The Galaxy S7 series this year is more evolutionary with Samsung tweaking things here and there, adding the newest processors, adding IP68 waterproofing and giving back to us the internal memory expansion that was abruptly snatched from the Galaxy S6 series.  Design materials are a personal matter and Samsung's decision to leave plastic behind was a good one, but the metal and glass decision has had mixed results – while it definitely gives the S6/S7 series a premium look and feel, dropping them could cause problems.

One decision Samsung seems to have made is to cut down on models and just have a Galaxy S7 and Galaxy S7 Edge, rather than like last year when they had a Galaxy S6, S6 Edge and S6 Edge Plus.  This raises the question about this fall when the Galaxy Note 6 arrives – will they resurrect the S7 Edge Plus or add a Note 6 Edge…so far we do not have a clue to the truth.  It would seem that these two devices would have many things in common – for one thing, they are almost identical in physical size, although the S7 weighs in at 152 grams versus 132 grams of the S6 Edge.  They both use the QHD Super AMOLED display that is so Samsung and they both use a 5.1-inch size with 577 pixels-per-inch (PPI).  They both can use an Exynos octa-core processor, but different models.  The Galaxy S6 Edge and Galaxy S7 offer a 32GB or 64GB variant and they both offer a 5MP front-facing camera (FFC) for selfies and video chatting, but the S7 model has some refinements. They both have a non-removable battery, but different sizes.

The S6 Edge and S7 have the usual suspects – WiFi, Bluetooth (v4.1 in the S6 Edge and v4.2 in the Galaxy S7), GPS, NFC, a fingerprint sensor, heart rate monitor, oxygen saturation sensor, wireless charging and a microUSB port for charging and data transfer. 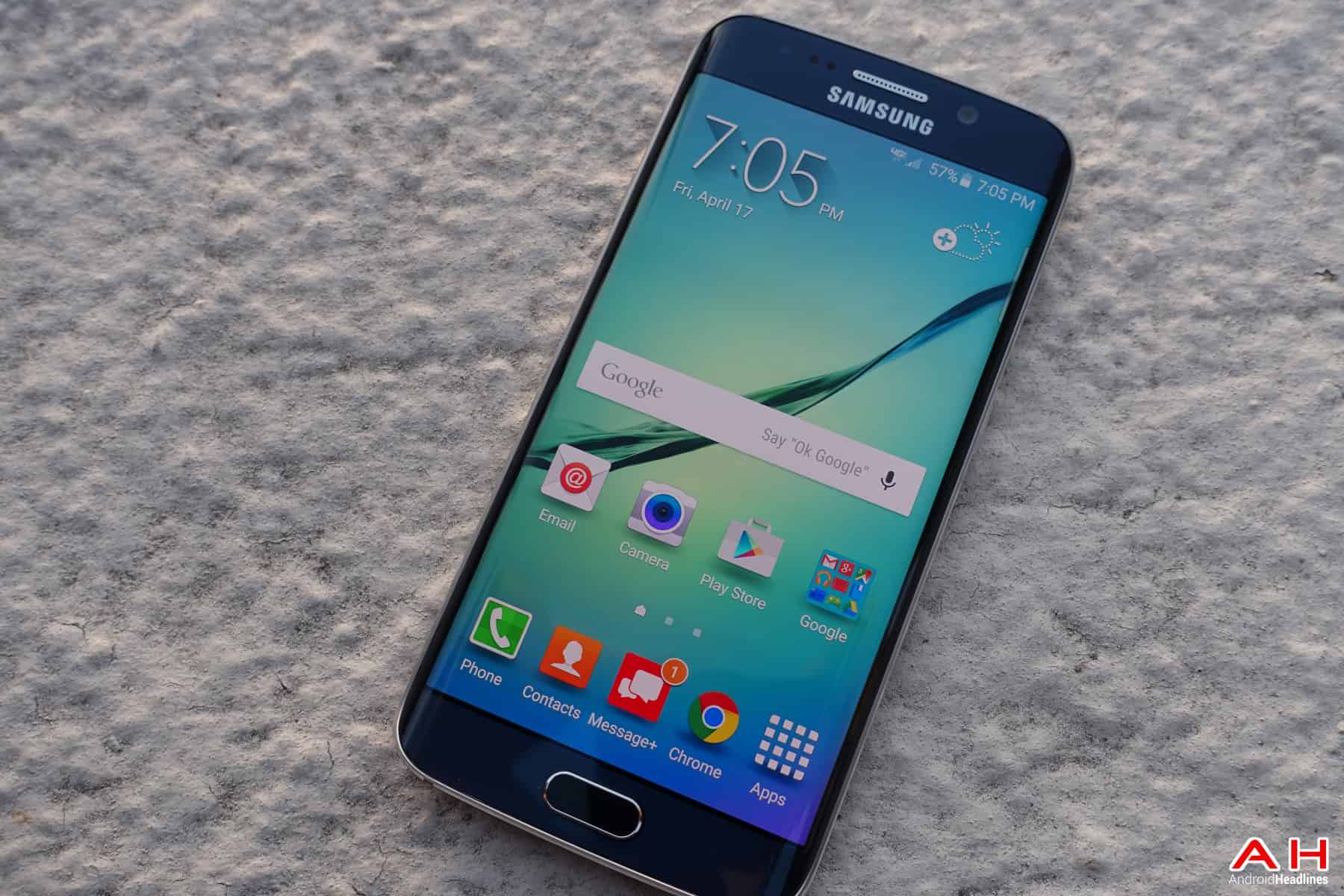 The redesigned Samsung Galaxy S6 series shocked a few followers – while retaining its basic physical look, Samsung went with a sculptured metal frame and all glass design, which makes it look great, but somewhat fragile.  Samsung gave us a new look but took away with their traditional removable battery and expandable memory slot. In addition, Samsung added the Galaxy S6 Edge model with a dual curved display that really upped its cool factor.  How does the S6 Edge stand up, a year later, to the new Galaxy S7?

The Galaxy S6 Edge sports a 5.1-inch QHD Super AMOLED display with a resolution of 2560 x 1440 pixels and 577 pixels-per-inch (PPI) with the display curving on both the left and right sides.  This goes up against a straight 5.1-inch QHD Super AMOLED display on the Galaxy S7 with 577 PPI.  All Galaxy S6 Edge's use the 64-bit Exynos 7420 octa-core processor with four cores clocked at 1.5 GHz and four cores clocked at 2.1 GHz.  This goes up against the newest Exynos 8890 octa-core processor or the new Snapdragon 820 quad-core processor used in the Galaxy S7 depending where you are located.  The Galaxy S6 Edge packs 3GB of DDR4 RAM with 32GB, 64GB or 128GB of faster USF 2.0 internal memory with no expansion available.  The Galaxy S7 comes with 4GB of DDR4 RAM and 32GB or 64GB of USF 2.0 internal memory with expansion up to 200GB via a microSD card.

The Galaxy S6 Edge uses a highly rated 16MP main camera with large 1.12µm pixels, f/1.9 aperture, autofocus and an LED flash and OIS.  The Galaxy S7 uses a new Dual Pixel 12MP sensor with quicker autofocus, OIS and LED flash.  Both devices use a 5MP FFC for selfies and video chatting.  The Galaxy S6 Edge has a smaller 2600mAh non-removable battery while the Galaxy S7 has a larger non-removable 3000mAh battery.  Both devices should make it through a full day and both devices have rapid charge capabilities and built-in wireless charging.

The Galaxy S6 Edge comes with the dual curved display, an IR Blaster and a fingerprint sensor, as does the Galaxy S7.  The Galaxy S6 Edge received its update to Android 6.0, the newest Android OS Marshmallow.  With Marshmallow, you will be able to use the fingerprint sensor to authorize mobile payments using Android Pay, along with Samsung Pay.    It comes in White Pearl, Black Sapphire, Gold Platinum and an exclusive Green Emerald depending where you purchase the Galaxy S6 Edge.  It will cost you about $675 for the 32GB model and $775 for the 64GB model.

Samsung did a total redesign of the Galaxy S6 series last year, so this year the Galaxy S7 is simply a refinement.  The outside metal and glass construction is rather hard to distinguish from the Galaxy S6, although the top on the device does have a slight downward curve added to make it more comfortable to hold up to your ear.  It is still the same beautiful smartphone, but most of the improvements or changes occurred on the inside of the device.  Did Samsung make enough improvements in the new Galaxy S7 and will sales increase this year?

The Galaxy S7 sports the same 5.1-inch QHD Super AMOLED display found on the Galaxy S6, although always with a few tweaks here and there, giving it 577 PPI.  The Galaxy S6 Edge uses the same size display at 5.1-inch but has the dual curved display, which certainly adds some cool factor.  Samsung also included an "Always-On" display on the Galaxy S7.  The Galaxy S7 model uses one of two processors – either their new Exynos 8890 octa-core processor or the new Qualcomm Snapdragon 820 quad-core processor depending where you are located – all of the S6 Edge's use the Exynos 7740.  The Galaxy S7 uses 4GB of DDR4 RAM versus the 3GB DDR4 RAM the S6 Edge.  The Galaxy S7 offers 32GB or 64GB of internal UFS 2.0 memory, but added back the ability to expand this to 200GB with a microSD card.  The S6 Edge offers 32GB, 64GB and for a while 128GB of internal memory with no expansion option.

Samsung really changed the camera area this year on the Galaxy S7 – this year Samsung is using a new Dual Pixel 12MP with a larger sensor, allowing it to take in more light and information than the older 16MP sensor.  They also added a very large aperture of f/1.7, increased the speed of autofocus, offer live HDR and retained OIS, while the S6 Edge uses the highly praised 16MP.  The Galaxy S7 uses a 5MP FFC with Live HDR, an even larger f/1.7 aperture and 22mm wide-angle lens for selfies and video chatting – slight improvements over the 5PM FFC of the S6 Edge.  The Galaxy S7 battery, though still non-removable, jumped in size from 2550mAh to 3000mAh, comes with rapid charge and quick wireless charging.  This goes up against the 2600mAh non-removable battery in the S6 Edge, which also offers a rapid charge feature and normal wireless charging.

The Galaxy S7 does offer IP68 water/dust proofing, expandable memory, quick wireless charging and "always-on" display.  It retains the heart rate and oxygen saturation sensors, and a slightly larger 3000mAh battery, but it is non-removable.  The Samsung battery will charge for up to four hours of usage in only 10 minutes and includes quick wireless charging.  The Galaxy S7 measures 142.4 x 69.6 x 7.9 mm, weighs in at 152 grams and will be offered in Black Onyx and Gold Platinum and cost about $670 off-contract. 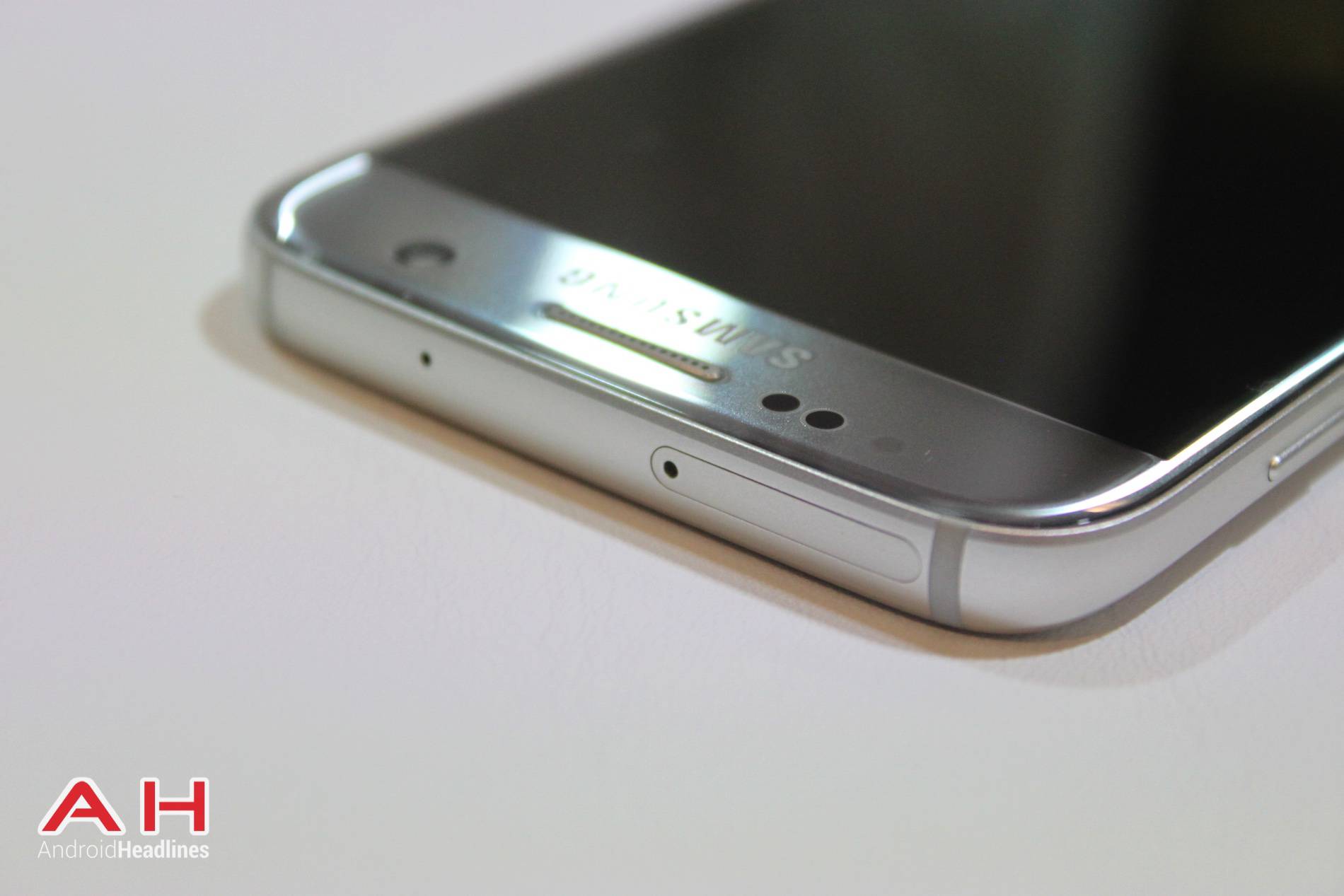 This is one of those easier comparisons to pick – the new Galaxy S7 is the winner of this battle.  The Galaxy S6 Edge is a beautiful device with its dual curved display, but this comparison is all (mostly) about the specifications and when you follow that criteria, the Galaxy S7 is the clear winner.

The Galaxy S6 Edge has the dual curved display and a built-in IR Blaster, but other than those features the new Galaxy S7 is the clear winner.