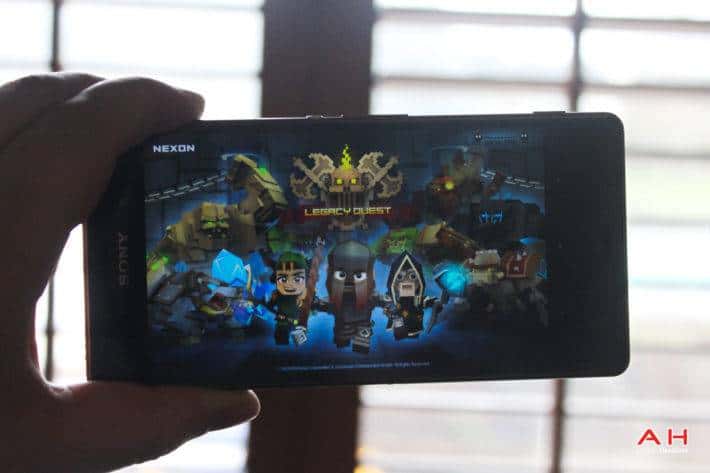 Nexon Company is no stranger to games on Android, and they're certainly no stranger to the RPG genre with titles like Legion of Heroes and the more recently launched Pocket Maple Story in the mix. To add to their growing library of mobile game offerings, today Nexon has announced the global Android launch of their latest game called Legacy Quest, an action role-playing title bathed in retro style with pixelated graphics yet a modern feel thanks to the 3D rendering. Legacy Quest is free just like the rest of the games from Nexon, and while this does mean there will be some in-app purchases, they are purely optional.

The gameplay is Legacy Quest looks and feels just like a hack and slash dungeon crawler, or rather any other action RPG, so players who have experienced any games that fit into those categories will feel right at home with Legacy Quest. The game even has dodge mechanics built-in so you can evade enemy attacks with just the right amount of skill and perfect timing. For a free title there is also a significant amount of content to enjoy, with six region locations to play through containing a total of 70 dungeons filled with monsters to slay and loot to pick up.

As this is an RPG game, players can expect character level progression with better skills and more powerful attacks with each level obtained, and that includes new abilities and skills. You'll also be able to take any of the materials that you gather and turn it into crafted gear and other items of varying levels. In total, there are three different character classes to choose from including the warrior, the wizard, and the archer, and each one has their own set of skills and abilities that you can level up and make more powerful, and in addition to leveling up your character you can also upgrade your gear to make it stronger as well. The game also has events for players to participate in and there are seven levels of difficulty for those who want a little bit more of a challenge while they play. Nexon also promises more content will be on the way regularly, so players who enjoy the game can expect to see more stuff added in the near future.