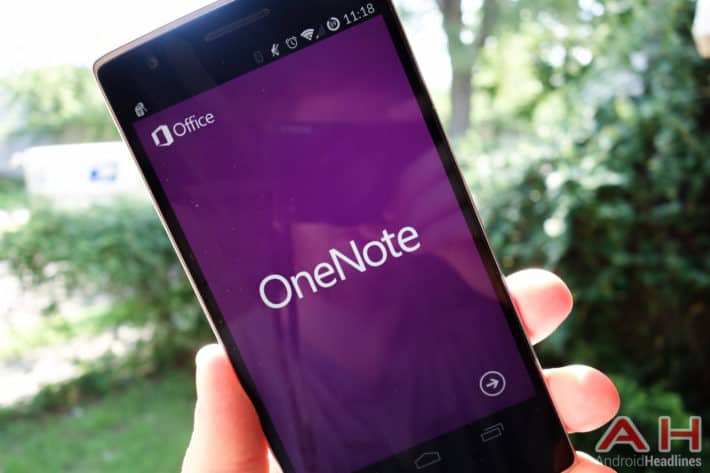 Microsoft might be known as a software firm behind Windows, but they’ve slowlyand steadily come to the realization that if they want their products to be used by more users, they need to have their services available to all. Spurred on by the recent change of CEO to Satya Nadella, key parts of Microsoft’s lineup have become more readily available on Android, and there are teams of people working on new apps just for Android, too. OneNote, their cross-platform answer to Evernote was one of their first options to be available outside of the Windows platform, and now they’re looking to poach users from Evernote with a new Evernote Import tool.

Evernote has been a big deal for a long, long time now and the company has a pretty hardcore, cult following to match its myriad of features and apps available on all platforms. In fact, Evernote was one of the first big-name Android developers to embrace Material Design as well as embrace Android Wear, too. Today, OneNote is introducing an Evernote Import tool which tells potential new users to “rest easy, we’ll import your notes for you.” While that’s all fine and well, the tool is only available to those running Windows 7 or later, and it also makes note to have the Evernote program installed on the same PC, too. That puts Mac users out of the running, and might not appeal to mobile users, either. Still, the amount of people that are looking to switch from Evernote, even just to try something else out, might be a safe bet on Microsoft’s part.

OneNote is one of the few Office-related products that’s entirely free, and it also heavily relies on OneDrive. Getting users to sign up to OneNote could help steer them into the familiar Office apps and get them to use OneDrive a little more. All-in-all, this seems to be another classic “Trojan Horse” attempt to infiltrate parts of people’s lives, and instead of going after the living room as they did with the original Xbox, they’re now going after people’s ideas and notes. Regardless, this is a fairly easy and simple way that should free Evernote users to try something else out, and it’s all free, too.