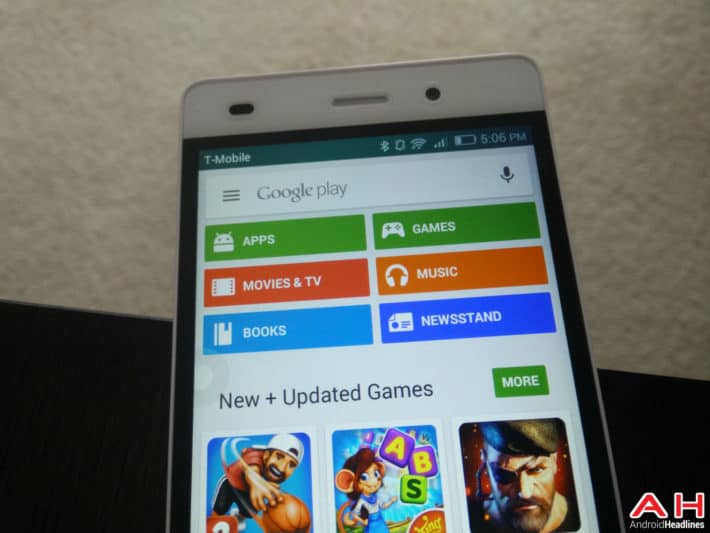 Independent analyst Andrew Chen, hand in hand with mobile intelligence firm Quettra and its CEO, Ankit Jain, has published an essay about why users migrate away from apps and how to help your app retain users. One of the lesser known facts covered in the essay is that it is perfectly normal to lose huge swathes of your userbase for a new app within release week and to bleed users over time, no matter how big or small, good or bad your app may be. How huge, exactly? According to the data from Quettra that Chen presents alongside the essay, about 80 percent of your entire user base within the first week, with most of that loss being on the first day is within an acceptable and normal range for most apps.

"Why such a huge figure?", some may ask. The answer is a behavior that most users engage in without thinking about it; shopping around. Let's say you buy a Nexus 6P, but fall in hate with Google Now Launcher in short order. Many of your friends have been talking about Nova Launcher and Themer, but you want to explore. You may try out a great many home apps, but when you eventually settle on one, you'll most likely delete all of the others. In the world of app analytics, this looks like a loss of userbase when it's really more like a drive-by installation. Perhaps you settle on one, but by the end of the week, you have a mile-long list of nitpicks that sends you back to the Play Store. By the time this kicks in for most of the users it will kick in for, your leakage is at about 80 percent of your total user base, for the average app.

As you can see in the attached graphic, this bleeding, though not as extreme for the very best of the best apps out there, happens to all apps in some measure. According to Chen, one of the biggest strategies for retention, then, is to make that first experience and subsequent first week really count. Give your user something that will drop their jaw, get them invested in your app or otherwise make them want more from the get-go. Conversely, he warns against notification spam and "we miss you" emails, saying these will do little to bend the curve and even points out that they are generally hated, going as far as to say, "I hate those, and you should too." 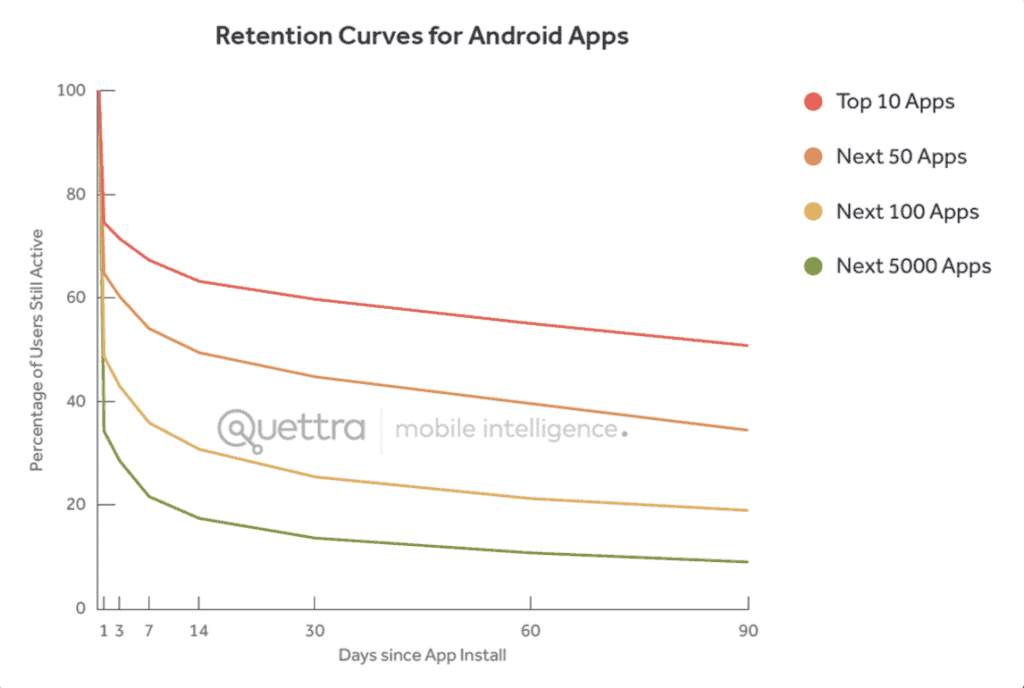