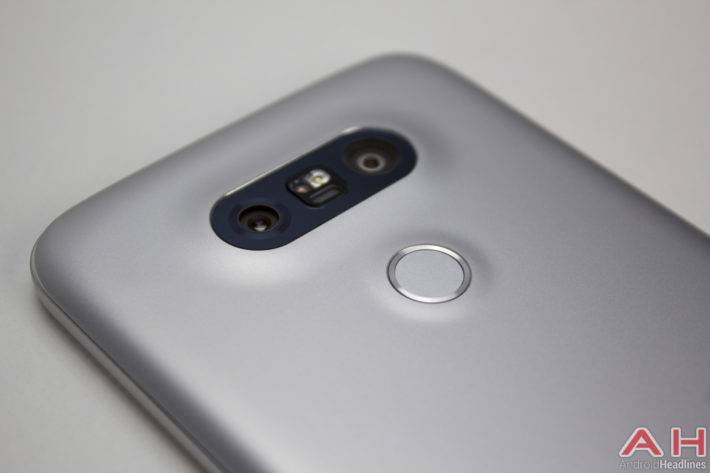 As the end of March closes in, the LG G5 continues to be readied for a market release in more regions and through more retailers. Last week the South Korean manufacturer's flagship cleared the FCC ahead of a market launch in the US through several major carriers, and more recently two more retailers have joined the party by listing the G5 in their virtual stores. Furthermore, while both Carphone Warehouse and B&H have brought the LG G5 in the spotlight, the so-called "LG G5 Lite" also made a brief appearance on LG's official website in Panama, reconfirming its own existence.

Although the LG G5 in most regions will be powered by Qualcomm's latest and most powerful chipset – the Snapdragon 820 – the smartphone's variant aimed for the Latin American market (known by model number "H850") will feature the chipmaker's upper-mid-range SoC, namely the Snapdragon 652. The model in question was previously spotted in the GeekBench database and was identified as the "LG G5 Lite", and more recently the same device briefly made an (accidental) appearance on the official LG Panama website. In the meantime, the landing page for the device has been removed and remains hidden at the time of writing, but it's only a matter of time before the handset makes a comeback and LG Panama begins accepting orders.

Additionally, the highly-anticipated LG G5 with the Snapdragon 820 on-board also made an appearance in the online stores of two major retailers, namely Carphone Warehouse and B&H. At Carphone Warehouse, the LG G5 is offered SIM-free on pre-order terms for the price of £499.99, but the device can also be pre-purchased on a monthly payment plan starting at £37.50 a month. For customers willing to sign up for a monthly plan, Carphone Warehouse also throws in a free pair of B&O headphones worth £149. As for B&H, the retailer doesn't accept pre-orders at this point but prospective customers can provide their email address and be notified when the LG G5 will be in stock. As yet, B&H claims that the flagship will be available for purchase starting April 1st. Neither Carphone Warehouse nor B&H offers any "Friends" modules along with the LG G5, but as a quick reminder, the camera module carries a price tag of $85 in South Korea, whereas the DAC module from Bang & Olufsen costs roughly $160 in the same region.