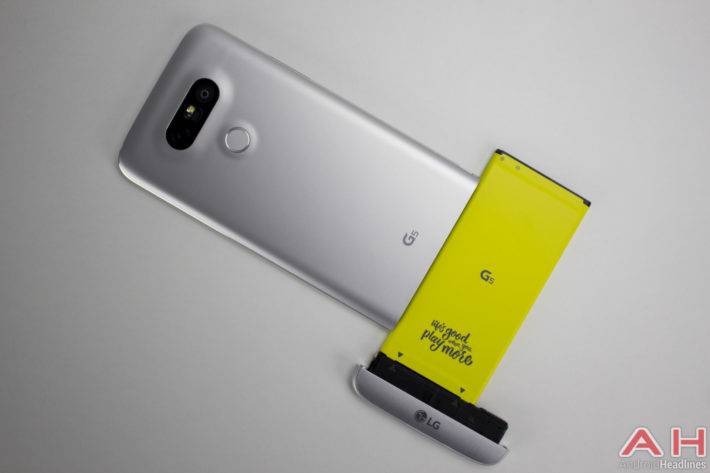 The LG G5 took Mobile World Congress by surprise during its late February debut, partly because unlike LG's previous flagship phones, the G5 is wrapped in metal, and partly due to the fact that the smartphone's overall design is quite unique, revolving around the concept of modularity. Needless to say, the LG G5 not only feels like a breeze of fresh air in the company's usual lineup but also seems to promote a new concept in the Android mobile world as a whole. Whether or not the new design philosophy will pay off remains to be seen, but regardless, the thought process behind the smartphone's creation might be just as interesting as the smartphone itself. In a new interview with The Verge, LG G5 senior designer Lee Jung-hoon explains the reasons why his company took a different design route this year and briefly tells the story of how and why the LG G5 exists as it does.

As more smartphone manufacturers hopped on the metal build bandwagon throughout the past couple of years, LG didn't seem to be in a hurry to do so. The LG G5, however, will go down in the history books as the company's first metal-build flagship phone. But interestingly enough, according to Lee Jung-hoon, the company's decision to adopt a metal build wasn't about catching up with Apple, Samsung, and the rest of its competitors. In other words, the design process for the LG G5 didn't start with the idea that "we have to use metal". Instead, LG's first priority was to design a smartphone that's different, without losing the core benefits of a usual LG flagship, such as having a user-removable battery. Furthermore, the company wanted to come up with a new, interesting way of changing batteries other than popping out a plastic back cover. This is how the idea of the LG G5's modular design was born, and because of the way the battery slides out at the bottom, building the smartphone's shell out of metal made even more sense, as a plastic build would have been too flimsy to accommodate the new design.

Once the company settled on the flagship's core characteristics, it was only a matter of further refining the overall design. The inclusion of a dual camera setup persuaded the designers to move the volume rocker to the smartphone's left-side edge, leaving only the power button / fingerprint scanner on the back panel. The company also managed to eliminate the smartphone's antenna bands from the metal design using a new method called "microdizing", and the designers gave the LG G5 a more organic look on the front panel by using a slightly curved glass sheet, aiming for a "very subtle, very sophisticated, but outstanding" three-dimensional design element. Overall, it's safe to say that LG reached its goals in creating a unique smartphone, and regardless of whether a removable battery is something that interests you, there's plenty else to enjoy about the LG G5.