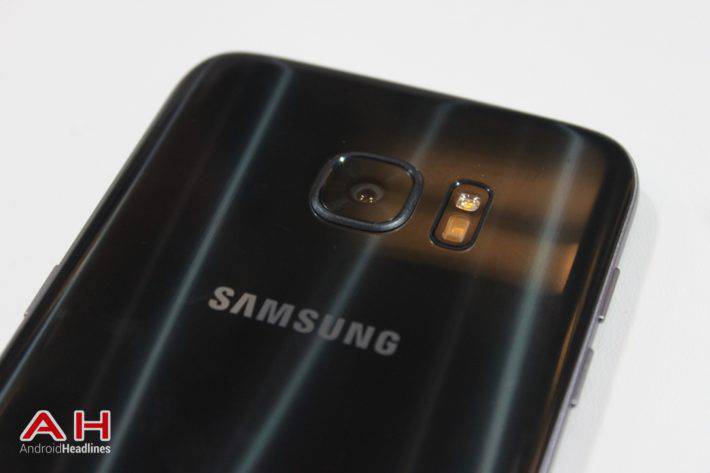 The hardware specifications for the Samsung Galaxy S7 Edge were confirmed roughly two weeks ago at Mobile World Congress, but although official on-paper specifications are exciting after many months of dealing with leaks and rumors, they usually don't tell the whole story. This is one of the reasons why teardowns exist; to satisfy the curiosities of gadget enthusiasts who want to know the in-depth story of a specific smartphone and whatever makes it tick. Needless to say, today's contender for an in-depth hardware analysis is none other than the Samsung Galaxy S7 Edge, which was recently disassembled by the team at Chipworks.

Although this isn't the first Samsung Galaxy S7 Edge teardown, the previous one revolved more around the concept of DIY repairing; how to disassemble the device and how to replace certain parts. The new teardown however, focuses strictly on uncovering what chips and components have been used by Samsung in the creation of its latest flagship. The first component to receive a more thorough analysis was the smartphone's 12-megapixel camera module measuring 12.1 x 12.1 x 5.4 mm. While a deeper analysis is required to determine whether the recent speculations are true or not, so far the teardown lends credibility to the rumors claiming that the Samsung Galaxy S7 Edge uses a custom camera module with a Sony IMX260 sensor, as suggested by the "Sony" logo on the module's flex cable. As far as image stabilization goes, the process is handled by an STMicroelectronics K2G2IS gyroscope.

Removing the internal cover reveals a wide variety of components originating from different part manufacturers. There's an STMicroelectronics LSM6DS3 6-axis IMU (Inertial Measurement Unit), a Knowles 9291S microphone, a Murata KM5D18098 Wi-Fi module, an NXP 67T05 NFC controller, an IDT P9221 wireless power receiver, and an LPS25HB barometer, once again provided by STMicroelectronics. The teardown also reveals the package-on-package (PoP) manufacturing process used for putting together the Qualcomm Snapdragon 820 MSM8996 SoC and the Hynix LPDDR4 SDRAM. After separating the SDRAM module from the SoC, Chipworks discovered that the number of solder bumps connecting the two parts of the PoP has greatly increased from the usual two-row setup, whether to sustain a higher memory bandwidth or in order to facilitate heat dissipation.

Last but not least, it's interesting to note that the Samsung Galaxy S7 Edge uses an in-house Samsung S6SA552X touchscreen controller (TSC), marking the first time the Korean tech giant used its own TSC in one of its phones. You can take a look at the gallery below for a detailed view of the aforementioned components and their location on the circuit boards.