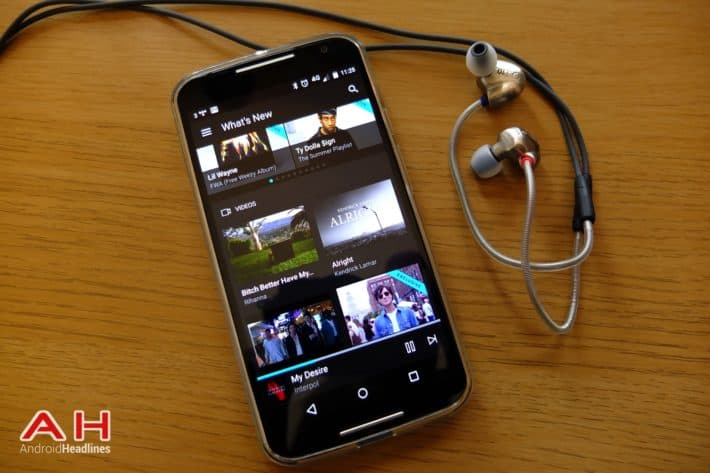 Streaming music services have been around for a long time now, and there's more choice than there ever has been. With Spotify still ruling the roost and Apple's launch into the streaming world last year, it's a lot tougher to make money than one might initially think. Money is exactly the sort of trouble that Jay-Z's streaming service, TIDAL, has gotten itself into. The lossless streaming service, which not only promises better quality, but also to pay their artists more than the likes of Spotify, are facing claims that they owe $5 Million or so in unpaid royalties.

As Fortune is reporting, Yesh Music Publishing and John Emanuele have filed suit against TIDAL for $5 Million, claiming the firm has licensed work and not paid for it. John Emanuele is one-half of the musical duo, American Dollar, with the other half being Richard Cupolo. The suit alleges that TIDAL has been streaming 118 of American Dollar's songs without their permission and hasn't paid any royalties to reflect this. The plot thickens however, as the suit goes on to allege that TIDAL has deliberately been "miscalculating" their own per-stream royalty rate and have failed to deliver any information to American Dollar. This isn't the first time American Dollar has gone to court over their work, back in 2012 they came up short in a case against Lakewood Church, whom they alleged were using their music beyond the end of a license agreement.

To TIDAL's credit, they did respond to the allegations in a statement to Fortune, which essentially amounted to "TIDAL is up to date on all royalties for the rights to the music stated in Yesh Music, LLC and John Emanuele's claim and they are misinformed as to who, if anyone, owes royalty payments to them." The statement goes on to say that TIDAL has rights to stream the American Dollar catalogue through a deal with TuneCore, and it appears as though this could become a classic case of highlighting how complicated and convoluted the music licensing world can be.

Regardless of whether or not TIDAL is guilty here, the bad press generated from these reports will no doubt take their toll. The service has been mired in controversy since it was "relaunched" by Jay-Z and friends after the rap star purchased the firm last year. Kanye's latest stunt with his latest studio album doesn't appear to be helping matters and with reports of Samsung looking to pick up the service on the cheap, it doesn't appear as though TIDAL's image could suffer much more damage at this point.