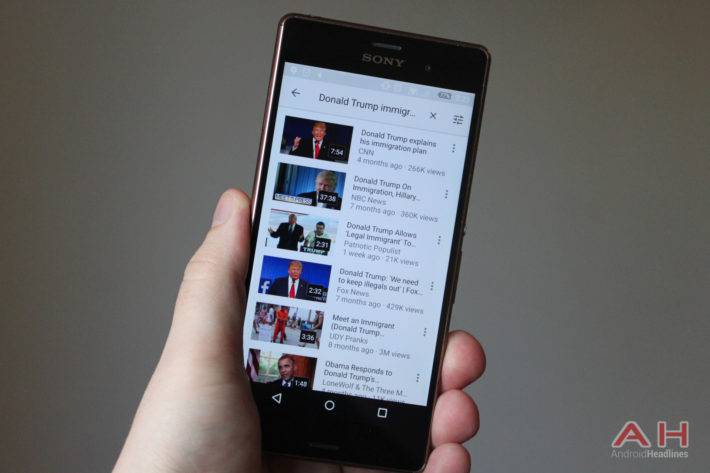 YouTube is one of the most popular places to visit on the internet with content spanning across all types of categories and catering to pretty much any taste, including content regarding the upcoming presidential election and the presidential candidates. YouTube's recent 2016 trends report for the month of March covers a wide range of different election related trends, including what appears to be the one policy or topic that every voter in America is interested in. Immigration. According to the trends report, every presidential candidate has focused on immigration policy as one of their topics, with immigration seeing a 51% growth rate in searches on YouTube since April of last year.

Interestingly enough, each topic listed in this particular category of the report shows what policy or topic was ranked the highest from number one to number three in regards to watch time, and immigration was not only a topic covered by every presidential candidate, but it was also ranked number one for watch time across all candidates except for John Kasich, where immigration was ranked at number three for watch time. Aside from displaying what unites voters across America, the YouTube trends report also shows that presidential candidates started spending more on ad placements on YouTube since last October, showing that there has been a 294% growth increase in ad spending from October of 2015 to February of 2016.