Huawei’s smartphone unit had a great time in 2015 with the highest growth rate among all the large vendors. The company now wants to build on that momentum as it chalks out its future course of action for the rest of this year and beyond. That being the case, the company is already paying a lot of attention to its Honor brand, which recently launched the Honor 5X smartphone in a number of markets globally, including the European Union and India, apart from the company’s home base of China. While Honor understandably gets a lot of attention from the media for helping Huawei’s smartphone biz achieve the volumes, the company is far from a one trick pony and has a number of other lineups including the P-Series of premium handsets and the Mate range of flagship phablets.

The Huawei P8 is the current flagship from the Chinese telecom and consumer electronics giant, but the company is expected to replace it with the P9 fairly soon. The upcoming device has been leaked with unerring regularity for weeks now, which has already managed to disclose pretty much most of its hardware specs, and now comes a new development that probably indicates Huawei may be getting ready to take the wraps off of the device sooner rather than later. The Huawei P9 has now apparently cleared the Federal Communications Commission (FCC) as per a post on the official website of the US telecom regulator. The listing on the FCC website doesn’t really mention the newly-listed Huawei device as the P9, and is only identified by its FCC ID – QISEVA-L09. However, indications do seem to point to this being the Huawei P9.

With most of the important hardware specs of the upcoming Huawei P9 already leaked online, it’s not really that difficult to get a sense of what the upcoming device might be like. According to the prior info, the upcoming Huawei P9 is expected to feature a 5.2-inch 1080p display panel and have the HiSilicon Kirin 955 chipset under the hood. The SoC is designed in-house by Huawei and comes with an integrated 64-bit octa-core CPU, which will reportedly be clocked at a frequency between 2.3 to 2.5 GHz. The device has also been quoted by various sources to sport 4 GB or 6 GB of RAM, depending on who you choose to believe. Of course, it may well be a case of two different models with different amounts of RAM (and storage) that Huawei has in the pipelines. The smartphone is also expected to feature a 12-megapixel primary camera and an 8-megapixel selfie camera. 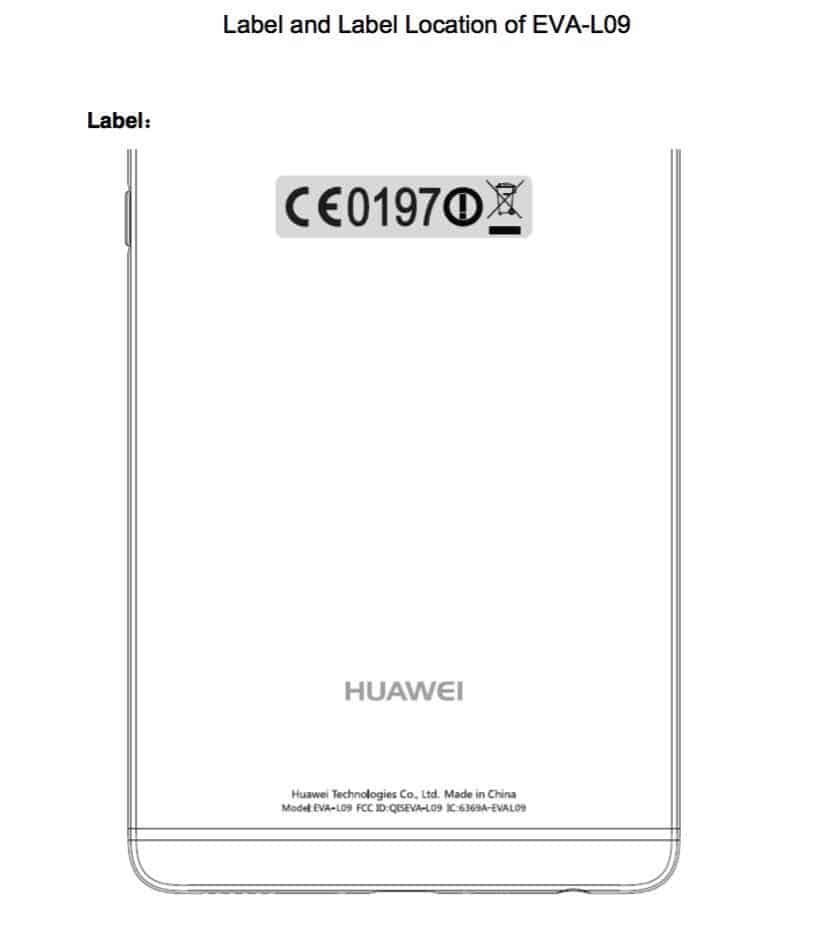