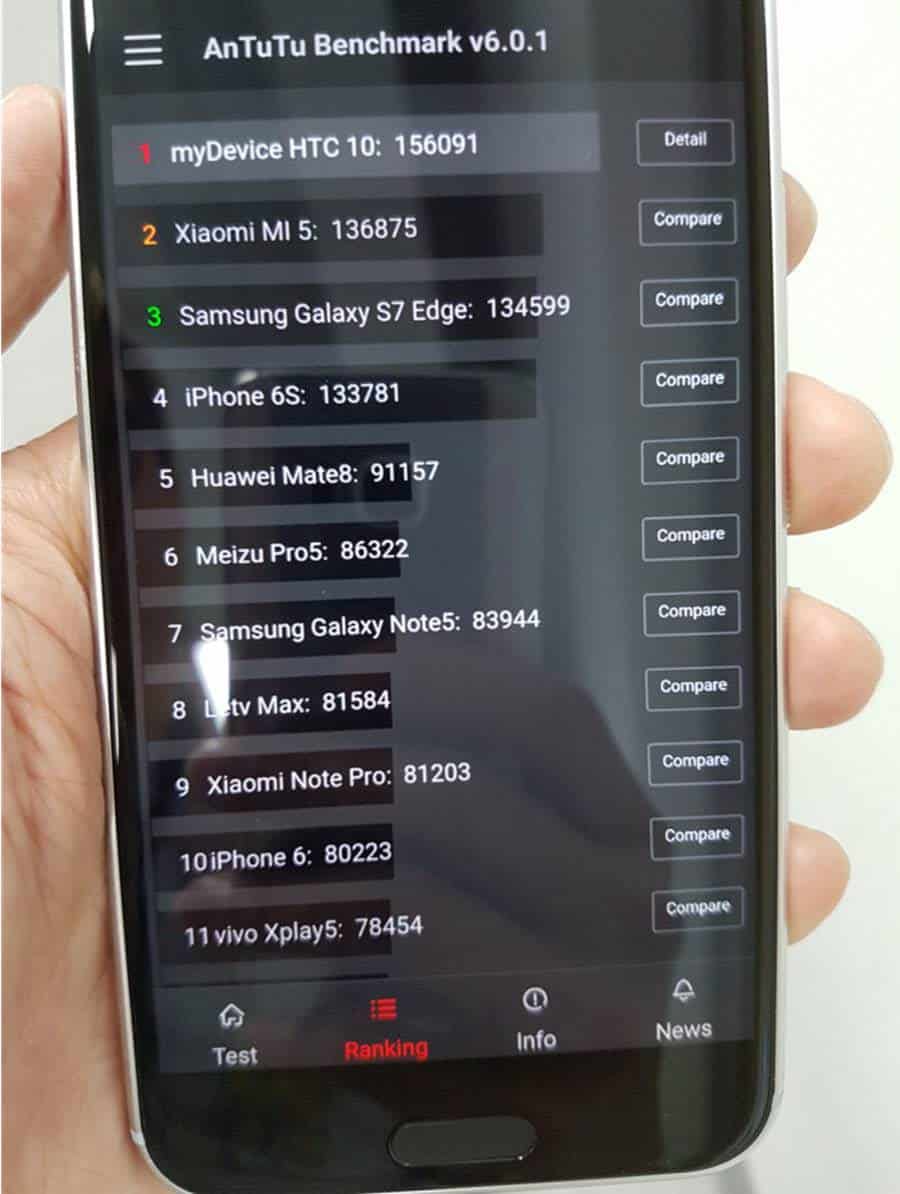 As usual with HTC, they are surrounding their new HTC 10 in a cloud of mystery with very few leaks.  Looks were somewhat of an unknown with only some renderings or a teaser photo here and there and then we finally saw some real-life images.  The HTC 10 will go up against the likes of the Samsung Galaxy S7 and the LG G5 – both formidable devices.  But HTC always seems to bring up the rear for whatever reason and always after the excitement has died down to a low roar.  By the time they build up our anticipation when they finally release the device, it is like a great Stephen King novel that was rewritten for TV – a real let down.  Let's hope that the HTC 10 is different this time around and HTC can add some much-needed profits to their bottom line.

We still do not know the specifications of the HTC 10, although it is rumored to have a 5.15-inch AMOLED QHD display with a resolution of 2560 x 1440 pixels.  We expect it to be sporting a Snapdragon 820 quad-core processor and an Adreno 530 GPU.  It should also be packing 4GB of DDR4 RAM and its main camera is rumored to be the same 12MP sensor found in the Nexus 6P.  We expect it to follow Google's lead and come with a USB Type-C port for charging and data transfer.  The latest leak we have is the HTC 10 performing an AnTuTu Benchmark testing and from the display above, you can see that it is quite a performer.

Testing is a very subjective thing and the results are usually never the same twice, however, it is a good way to compare some basic numbers.  In this particular test, the HTC 10 scored an excellent 156,091 – topping off the Xiaomi MI 5, the Samsung Galaxy S7 Edge at 134,599, and even the Apple iPhone 6S that came in at 133,371.  The Galaxy Note 5 came in at only 83,944 – showing us how much better this new generation of processors is when compared to last year models.  Whether you would notice much difference in actual performance from the top four devices is debatable, but we must agree these are impressive scores and the HTC 10 should be able to hold its own against its latest rivals.