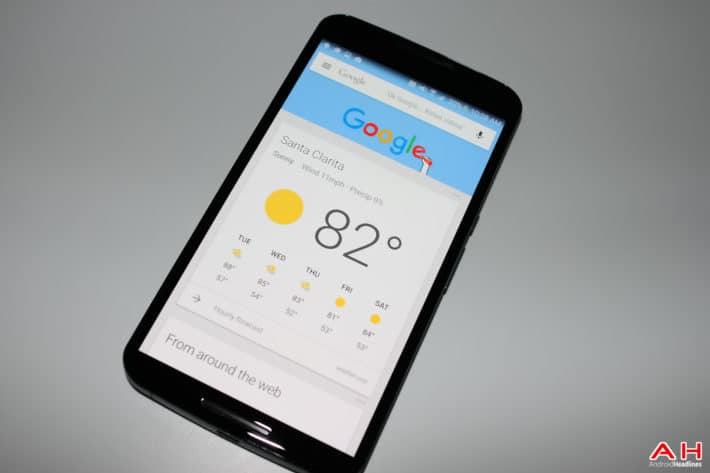 Ever since the launch of Google Now in Android 4.1 Jelly Bean it's become an integral part of Android. For a lot of people, the Knowledge Graph (the part of Google that allows cards with info to appear) and voice searching has become what Google is known for. Many users simply don't use a web browser to make a Google search any more, and in Android 6.0 Marshmallow, Google introduced the new Now on Tap method, allowing users to search for whatever they see within any app. It would appear this feature is getting even smarter as of lat, as some have been noticing new capabilities appear here and there.

As Reddit users as well as Android Police have noted, Now on Tap now features the ability to "read" text found in an image. Often known as "OCR" or "Optical Character Recognition" this is a feature that some might remember from Desktop scanners clogging up offices the world over. Here however, it's a lot more streamlined and users have been able to hold up the camera app up to an image – such as a Dr Zuess book in the example below – and have Google bring up pertinent information. This includes a little background about the book or movie title in question, or just performing a quick Google search for the brand name in question. This appears to be an extension of what Google offers when someone holds down on a name like "Leonardo DiCaprio" within Google Chrome or any other app. Quick details about the question in question is presented to users.

It's hard to say whether or not this new feature has officially launched, as only a few users are reporting the new functionality. As a lot of the changes in Google Now are often made server-side, it wouldn't surprise us if more Marshmallow users were starting to see this feature soon. This functionality isn't entirely new, and might remind some early Android users of the old Google Goggles app, which allowed users to search Google from a live image. Adding this sort of functionality to a more established and user-friendly app like Now on Tap makes a lot of sense, and it certainly makes it a lot easier to get information there and then. 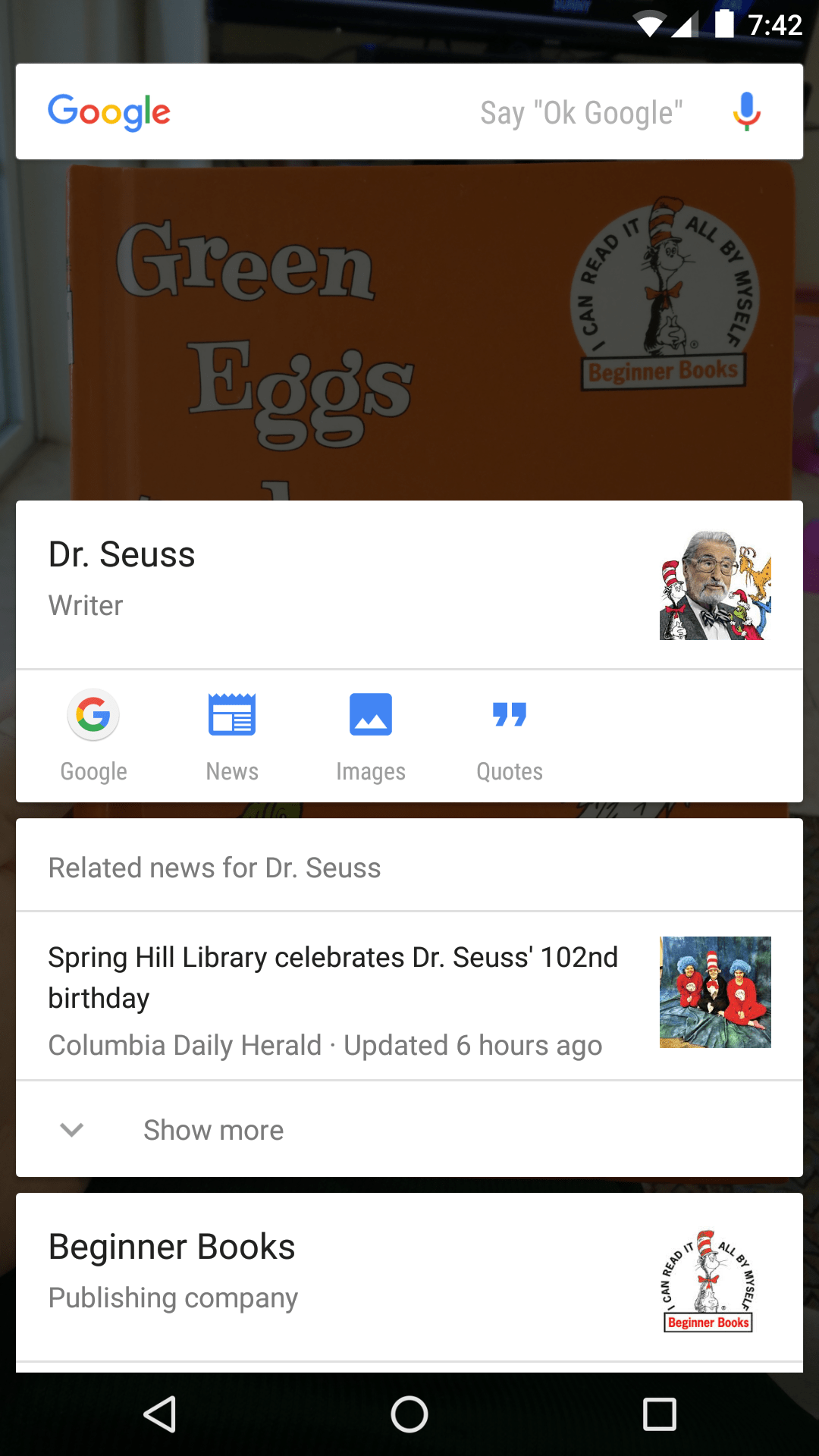